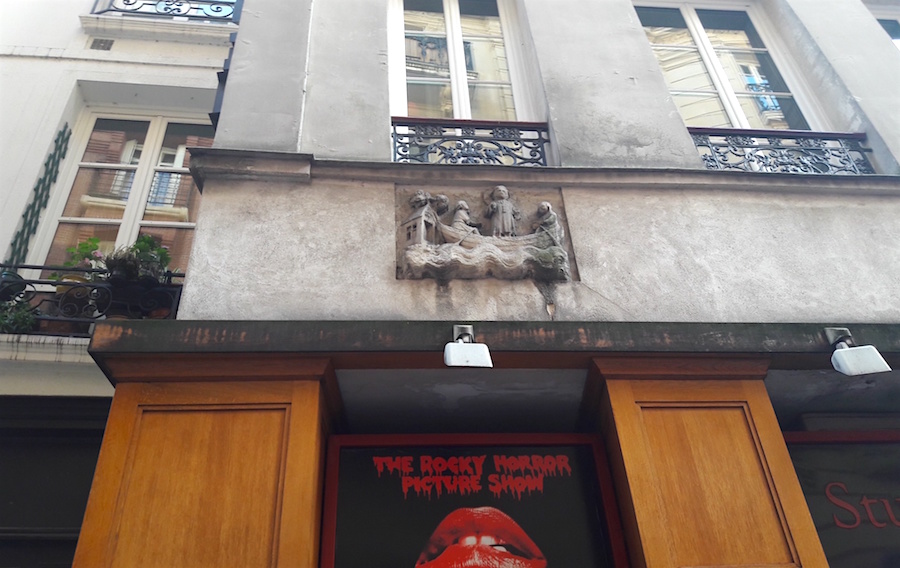 Rue Galande, an old Roman road that led to Lyon and Rome, has been for a long time one of the most beautiful streets in the capital. You can still see there a small sculpture of the 14th century representing the legend of Saint-Julien l’Hospitalier. It is the oldest sign in Paris.

On the facade of 42, rue Galande, in the 5th arrondissement, you can see a bas-relief of the 14th century built into the facade. Mentioned in 1380, this sculpture represents an episode in the life of Saint Julien, whose legendary history was popular in the Middle Ages. 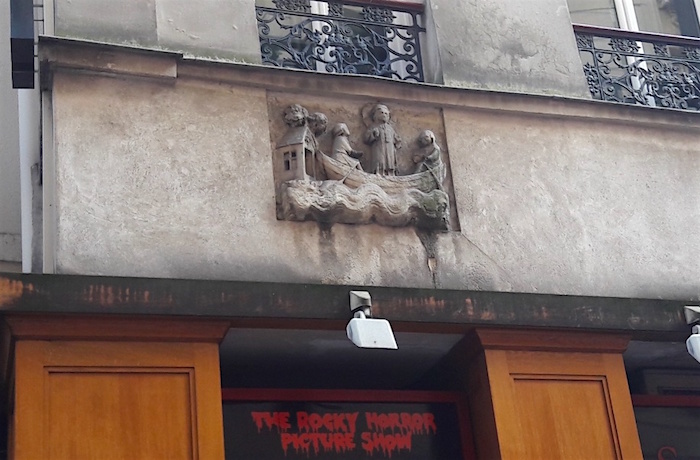 The legend of Saint Julien

Julien, a rich and noble young man, was hunting a deer when it stopped him and said to him: “You you will kill your father and your mother”. Confused, Julien left his family and went into exile. But his parents found him. They arrived home one evening when he was away, and were greeted by Julien’s new wife who offered them to sleep in their bed. When he came back home, Julien thought they were his wife and her lover, and killed them. The prediction of the deer had come true.

Desperate, he went again into exiled with his wife, and decided to be help poor people to win God’s forgiveness. One day, they met a leper who asked them to carry him at the other side of a river. Once on the boat, a halo appeared on the head of the leper, who was the Christ bringing to Julien the forgiveness of his sins.

The rue Galande sign relates the episode of the boat.