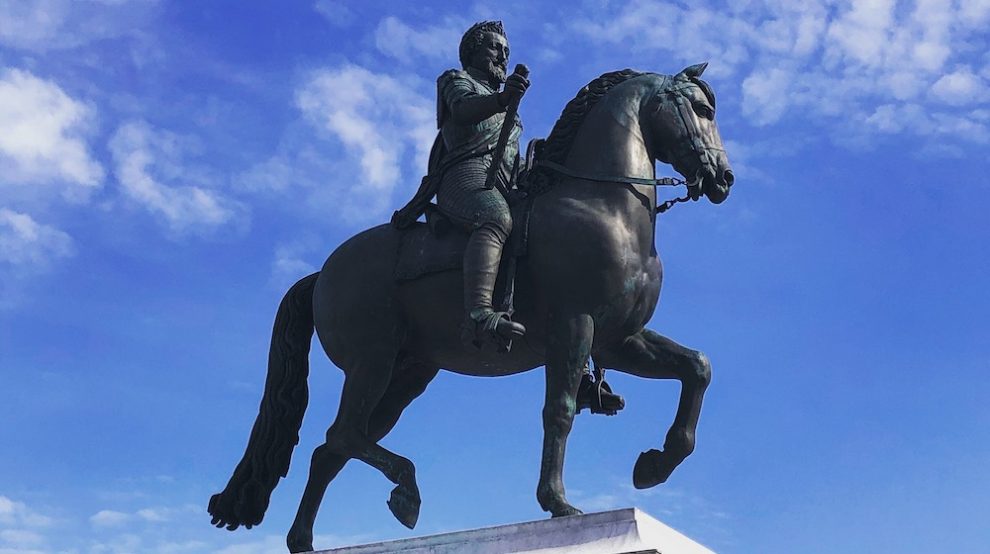 In the middle of the Pont-Neuf sits the statue of Henri IV, who gave his name to the square behind him. Or more exactly his nickname: the Vert-Galant. A expression which reminds us of the unconditional love that the king had for the fairer sex until the end of his life.

A “vert” (green) man was a vigorous man. Appeared around the 16th century, the expression Vert-Galant was used for a man of advanced age who had not lost any of his sexual appetite. And we can say that Henri IV was one of these men!

Great collector of women, Henry IV was also a romantic, who became attached to the women he had conquered. One of the best known is Gabrielle d’Estrées, with whom the king was madly in love, and he almost married against all political logic and monarchical rule before she died suddenly in 1599. This female passion even dictated his policy, and could start wars … In 1609, aged 56, Henri IV was seized with passion for a young woman of 15, Charlotte-Marguerite de Montmorency, from one of the oldest families in France.

To take full advantage of his young mistress, he decided to marry her to his nephew Henri II de Bourbon. The prince did not see this arrangement in the same way, and decided, jealous and exasperated by the royal omnipresence in his marriage, to go into exile in Brussels and place himself under the protection of Spain. In 1610, the king declared war on the Habsburgs … A coincidence? 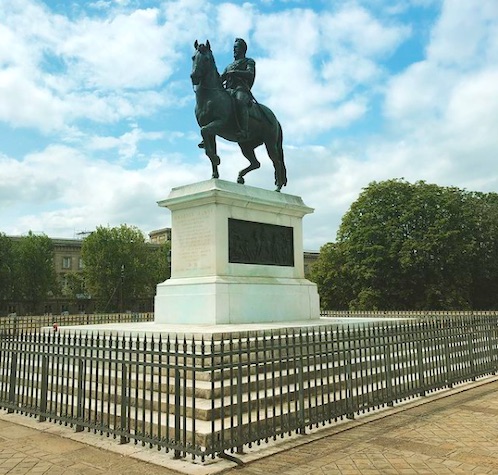 We know that Henri had more than 50 mistresses, and did not wait to be “green” to woo girls. An expression, “conter Fleurette”, is also attributed to the king, when he fell in love at the age of 19 with the young Fleurette, daughter of the gardener of the castle of Nérac (Lot-et-Garonne) where he spent part of his youth. Expression which would also be at the origin of the English term … Flirt !

Guarded by the royal statue of Vert-Galant, surrounded by the Seine and offering a wonderful perspective towards the Louvre, the Pointe du Vert-Galant is definitely an invention of love … Whether legitimate or prohibited.

Under the Pont-Neuf, the Vert-Galant square, nickname given to Henri IV, reminds us of the king's eventful sentimental life.
Continue reading