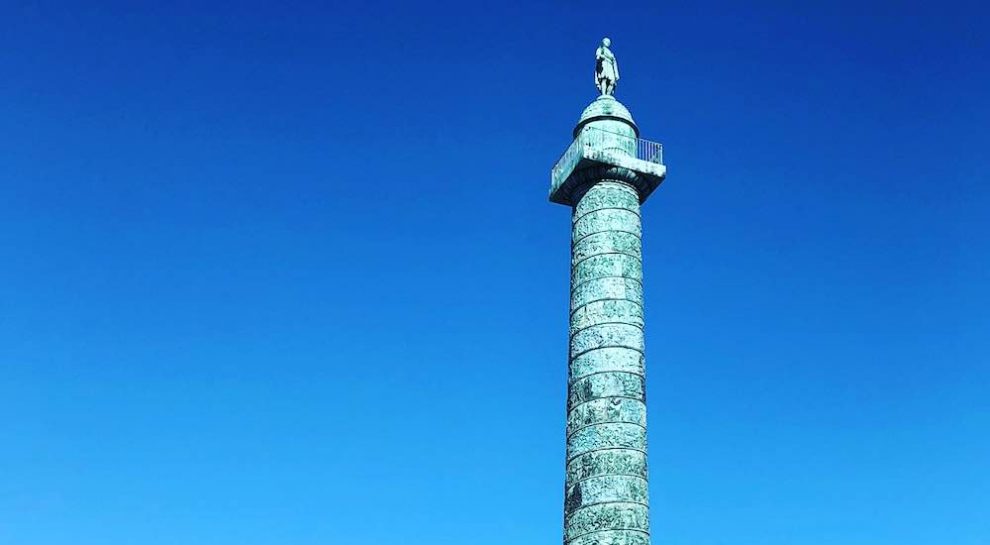 Symbols of power in the heart of the capital, the royal squares of Paris have always been politically hijacked. Place Vendôme and its famous column is one of the most famous examples. From the first statue to the current column, what a palaver !

Nowadays known as the Parisian center of jewelery and luxury, Place Vendôme was originally ordered by Louis XIV to be a showcase for the great institutions of the monarchy. The project was finally abandoned, and the land sold to great financiers. In the center, an equestrian statue of Louis XIV recalled the royal predominance. But in 1792, this statue suffered the same fate as all the other statues of the royal squares: it was knocked down.

In 1810, Napoleon inaugurated on the site of this old statue the current column, dedicated to the victorious soldiers of Austerlitz (1805). 43 meters high, it is inspired by the Trajan column of Rome. More than 1200 cannons taken from the Russians and Austrians were melted to make the bronze plates, while a statue of Napoleon in Marcus Aurelius was at the top.

At the fall of the emperor in 1814, the statue was taken down, replaced during the Restoration by a flag with a huge fleur-de-lis. In 1830, the new monarchy, led by Louis-Philippe, decided to replace the royal flag with a tricolor flag. Then, a few years later, a new statue of Napoleon is placed on the top of the Vendôme column. Louis-Philippe, who has always cultivated an image close to revolutionary ideals, wanted to revive the figure of the military hero. Napoleon is no longer represented as a Roman emperor, but dressed as a “little corporal” in a frock coat and hat. This statue will remain 30 years, until Napoleon III, judging it unworthy of his illustrious predecessor, replaced it with … a new statue as a Roman emperor!

In 1871, during the Paris Commune, the symbols of power and imperialism were again very badly seen. The demolition of the monument is voted, and the column knocked down on May 16th. 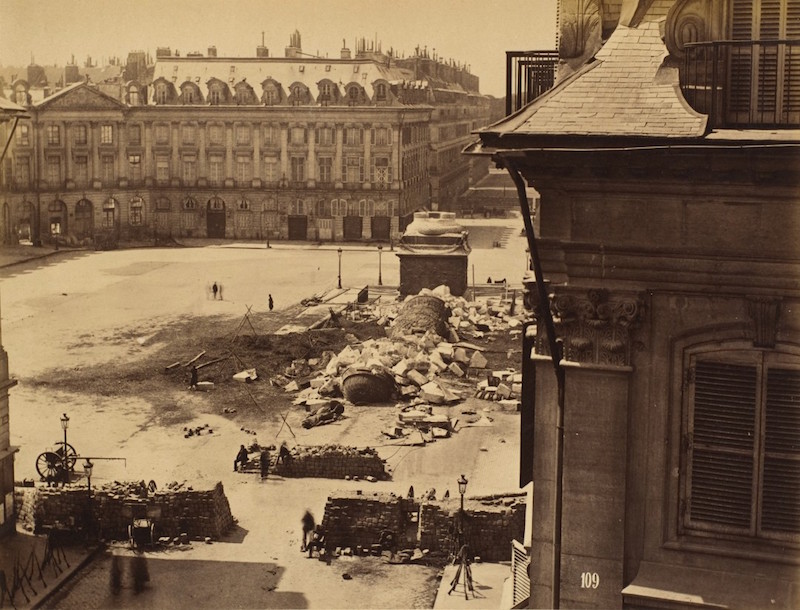 After the Commune, The Third Republic rebuilt it. It is the one we can see today. 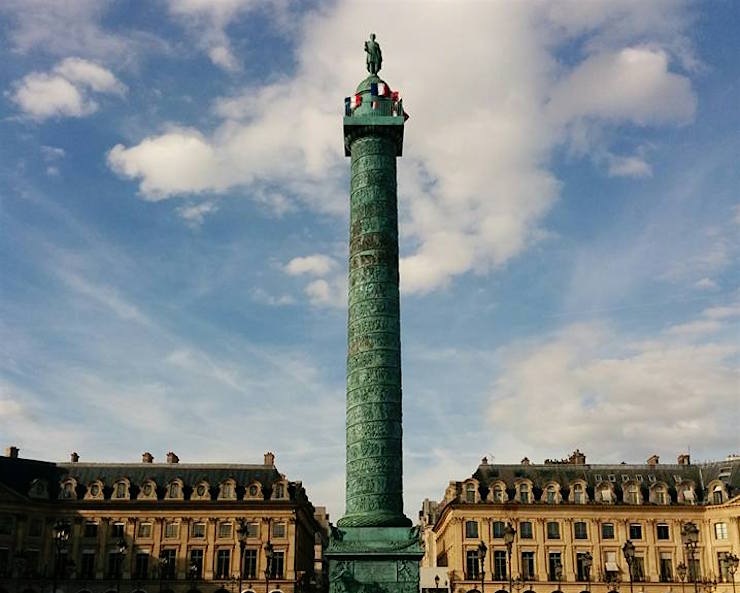 Since then, it has not moved.