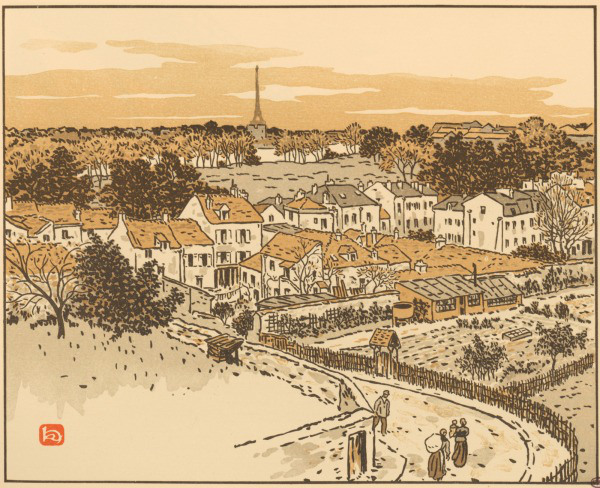 Creator of the famous “Shadow Theatre” which made the reputation of the Cabaret Le Chat Noir in the late 1880s, Henri Rivière was interested in the same time by painters and engravers art. Influenced by Impressionism, and secondly by the Japanese art that came in Europe in the late 19th century and attracted artists in search of a new art inspired by Hokusai, Hiroshige and Utamaro, it will be fascinated by this technique until 1914.

After doing woodcuts, Henri Rivière will focus on lithography. Drawing Bretagne as well as several landscapes, he will make between 1888 and 1902, during stays in Paris, series called the Thirty-six Views of the Eiffel Tower, in honor of the Thirty-six Views of Mount Fuji by Hokusai. Here are 29 boards of this sumptuous series that mixes Impressionist sensitivity and Japanese prints.