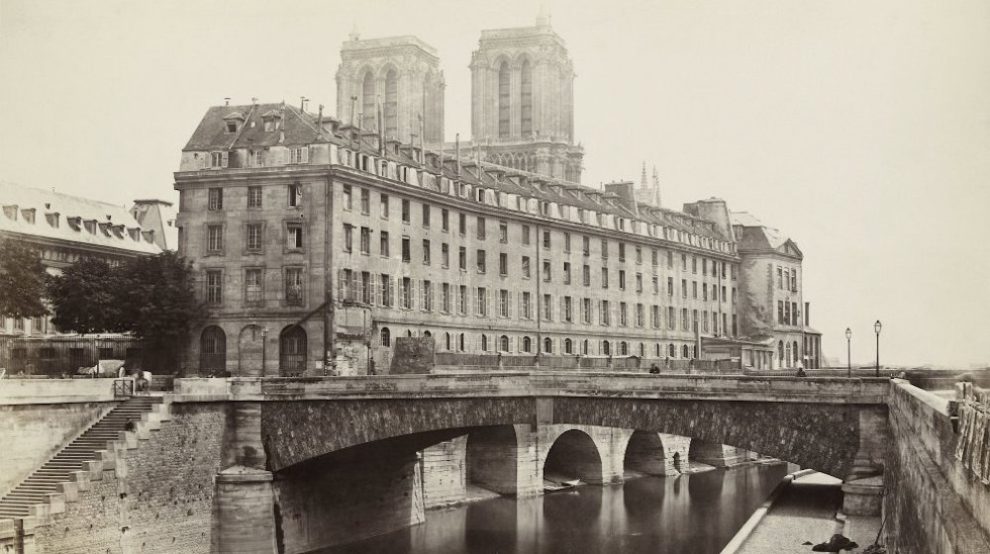 Present in several French cities, the Hôtels-Dieu, which were originally both hospices and health centers, were for a long time the only hospitals in the cities. In Paris, this old institution has been present on the Île de la Cité since 651. If the building is obviously no longer the same, and it has also changed places in the 19th century, its story tells that of the capital and its evolution.

Accommodation places generally created by monks within their monasteries, the Hôtels-Dieu are among the oldest French institutions. Its name, which evokes both hospitality and religion, reminds us of its medieval vocation, which was a “House of God” most often installed on the main pilgrimage routes to welcome travelers, but also the poor, sick and old. An establishment which was directly attached to the Church, naturally founded in Paris as close as possible to Notre-Dame Cathedral.

Some doubts remain as to its founder. If a first place intended to welcome people in need would have been founded on the Île de la Cité in 651, it is to Maurice de Sully, also instigator of the cathedral, that we owe the development of the Hotel. -God south of the square of Notre-Dame. This continued to grow over the centuries, until it extended to the left bank, linked to the main building by a bridge. It must be said that there was a need for space … Until the Renaissance, it was the only Parisian hospital, and its charitable function obliged it to accept all patients who presented themselves. Apart from the lepers, too contagious, who were treated outside the city.

A mercy which unfortunately did not go without serious hygiene problems. Mortality affected more than 20% of the sick (the largest in the country), who were most often crammed together in the same bed. Where often lived together dead and alive … 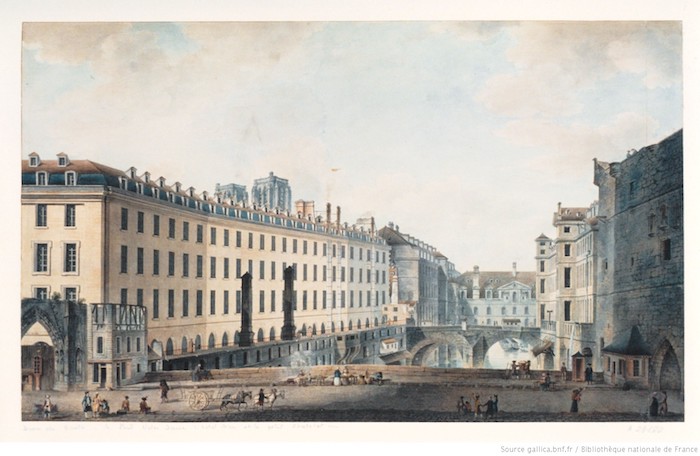 Placed under the double protection of the bishop and the king, it drew its income from the two administrations as well as from public charity. At the time when the bridges leading to Île de la Cité had tolls, the one connecting the buildings of the Hôtel-Dieu, open to residents in the 17th century, reserved its right of way for the proper functioning of the ‘institution. A double toll was even required, which gave its name to the Pont-au-Double which still exists (rebuilt at the end of the 19th century).

The Hôtel-Dieu suffered extensive damage in the 18th century, in particular due to fires in 1718, 1737 and 1772. Voices were raised to demand its destruction and its transfer to other places in the capital. Despite everything, it continued to function, even during the French Revolution. The demolition of the old Hôtel-Dieu was decided in 1861 by Napoleon III, rebuilt between 1867 to 1878 on the north side of the Notre-Dame square. Its inauguration was celebrated on August 11, 1877.

History of the Hôtel-Dieu, an old institution present on the Île de la Cité since 651. If the building is obviously no longer the same, and changed place in the 19th century, its history tells that of the capital and of his evolution.
Continue reading

The extraordinary journey of the heads of the kings of Judah (Cluny museum)
Along the water: walk in the footsteps of the ancient source of Belleville
Gallo-Roman remains in Paris
Before/After : evolution of Paris since the 19h century
The Morgue, favorite Paris attraction during the 19th century
The first picture of a human being taken in Paris in 1838