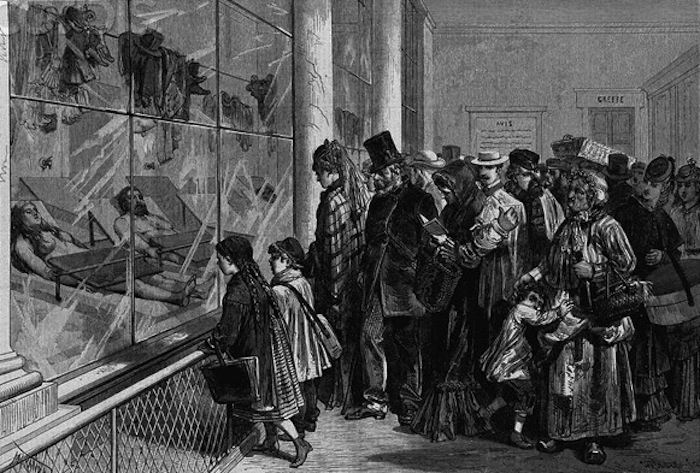 Today, Parisians and tourists from around the world flock to visit the dozens of magnificent monuments and museums housed by the capital, in search of the legend of the Eiffel Tower, the richness of the collections of the Musée d’Orsay, or the art of living of covered passages. But there are more than a century, it was a different kind of tour that attracted thousands of tourists: the Morgue of Paris.

The origin of the word “morgue” appears around the 16th century in France, when the bodies were “morgued”, meaning examined (with disdain) by jailers before being locked up. A term that will be turned in the prisons of the Chatelet, where corpses were stored in the low-jail to allow Parisians to see them for identification through a window.

This was the case until 1804, when a special building was built on the Île de la Cité. Behind its administrative pretexts – the Morgue was used to identify the bodies found drowned in the Seine, the victims of crime, suicide, infanticide … – Paris will organize during a century the big show of death, which will know its heyday in the late 19th century.

A show like any other, at a time when Paris was the world capital of leisure and entertainment… 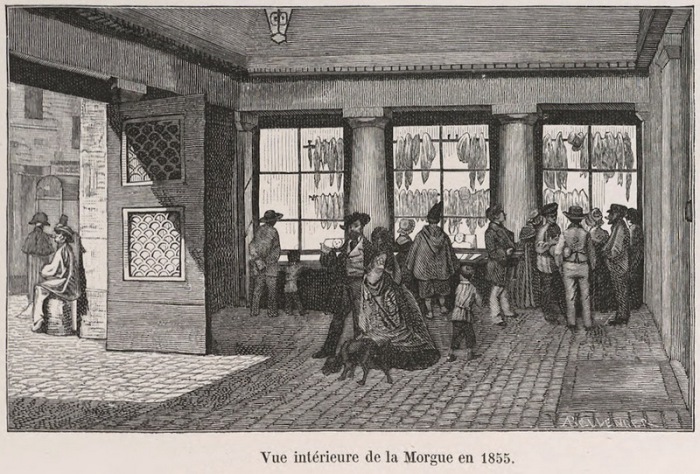 At the edge of the Ile de la Cité, where today is just behind Notre-Dame de Paris the square de Île-de-France, Haussmann will open in 1868 a new morgue. A real public exhibition space, open daily and free, that will exhibit dead bodies displayed on slanted marble tables behind glass. Exposed for several days, the naked corpses, refreshed by a slight trickle of water, will be the theatre of morbid curiosity of Parisians. 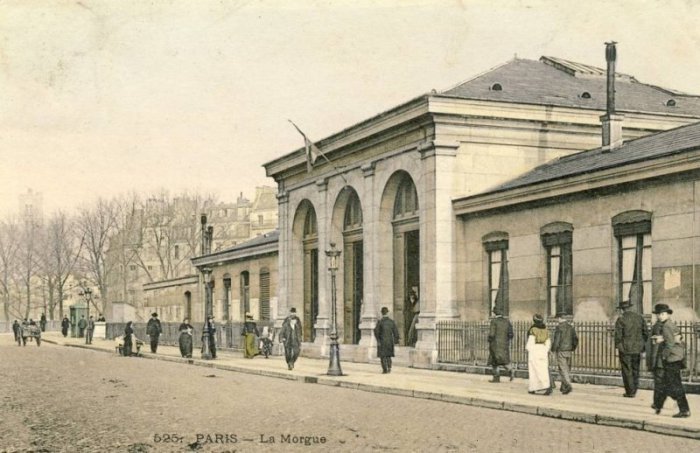 More than 40,000 people came to see this fabulous show every day and at the end of the 19th century, the Morgue of Paris became a key foreign sight, particularly popular with British tourists.

To these foreign tourists mingled curious children, workers strolling during lunch break, elderly who had nothing better to do… In brief, the all-paris, melting with very specific visitors: the murderers themselves! A reality that perfectly relates Emile Zola in Therese Raquin “The husband of Therese was dead, but the killer wanted his corpse to be found for a formal act“. Therefore, he went every day to the morgue, hoping to find in the corpse exhibited… 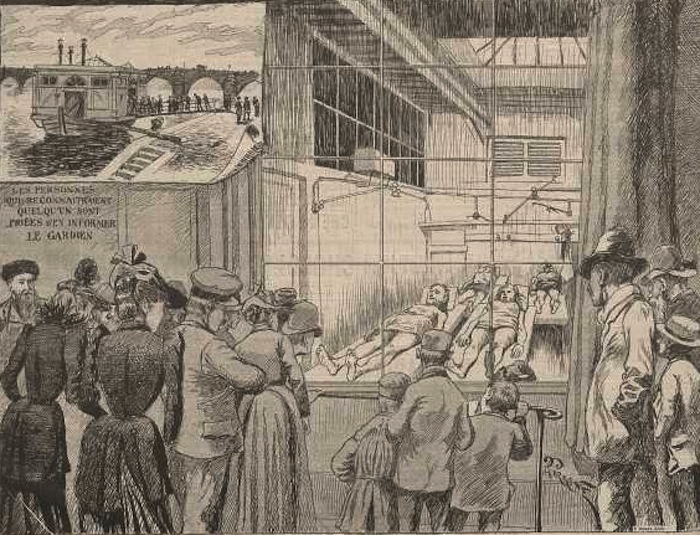 For “moral hygienism” reasons, the Morgue closed its doors to the public in March 1907, replaced since 1914 by the « Institut médico-légal », in the 12th arrondissement.

At the edge of the Ile de la Cité, the Morgue received during the 19th century more than 40 000 visitors a day !
Continue reading

Haussmanhattan : what would be a mix between Paris and new York
The first picture of a human being taken in Paris in 1838
The morbid past of Place du Colonel Fabien
Rue de Crimée Lift Bridge
Crime Boulevard
Montparnasse Cemetery