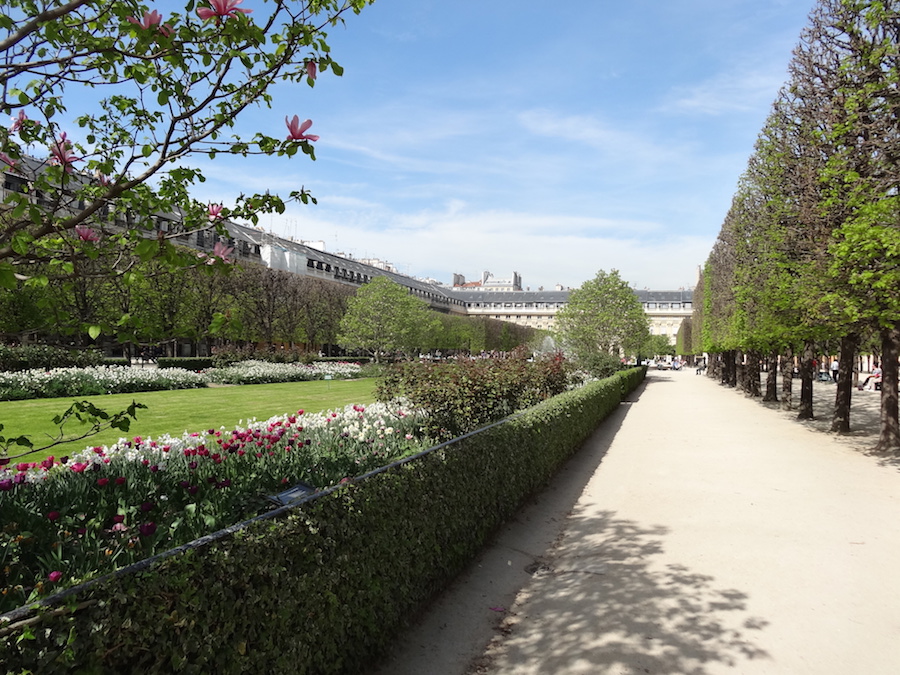 At the heart of Paris, a few steps from the Louvre Museum and hidden in the middle of government and cultural buildings (Constitutional Council, Ministry of Culture and Communication, Comédie-Française, Theatre du Palais Royal …), is the sumptuous Jardin du Palais Royal.

A haven of peace that has been for four centuries a place of power and pleasures.

Ordered by the Cardinal de Richelieu in 1633, the Palace was built close to the Louvre, at the time royal residence, to enable this influential minister to stay nearby the king.

Originally called “Palais Cardinal,” this sumptuous residence could likely arouse jealousy from the monarch. To avoid this, Richelieu bequeathed to Louis XIII the residence while living in it. The “Palais Cardinal” becomes “Palais Royal”.

Briefly occupied by the royal family, the palace came down Louis XIV’s nephew Philippe d’Orléans, and his family will keep it until 1848.

In the 1780’s, Philippe IV of Orleans (later named “Philippe Egalité” ) acquired the whole place. Extravagant and overly indebted, he decided to build shops around his gardens and rent them out. Convinced by the idea of having a theatre, the Duke thus decided to build the “Comédie française”.

If the financial transactions were not up to his expectations, nonetheless, the palace became the center of Parisian pleasures: a place to taking walks, shop, and drink, moreover protected by the weather as well as the dirtiness of the town. Certainly, it was an expensive idea, but it wasn’t foolish: indeed, the Covered Passages of Paris were born ! 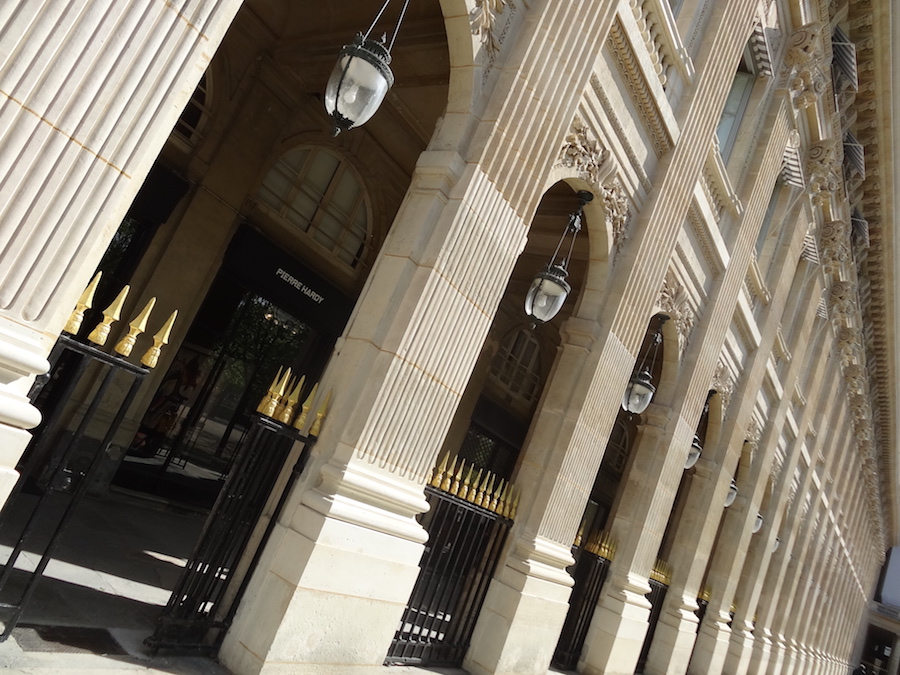 During the 19th and 20th centuries moved in the institutions mentioned above, and the garden gradually hosted cafes, restaurants, antique and art shops and fashion designers.

As for the garden plan, it didn’t change a lot since the big work of 1780. Main modification will be in 1986 with the artist Daniel Buren Installation called Les Colonnes de Buren, near the Ministry of Communication.

A beautiful green area not to be missed !

Getting out, do not miss the Palais-Royal-Musée du Louvre metro entrance, one of the most beautiful in Paris.