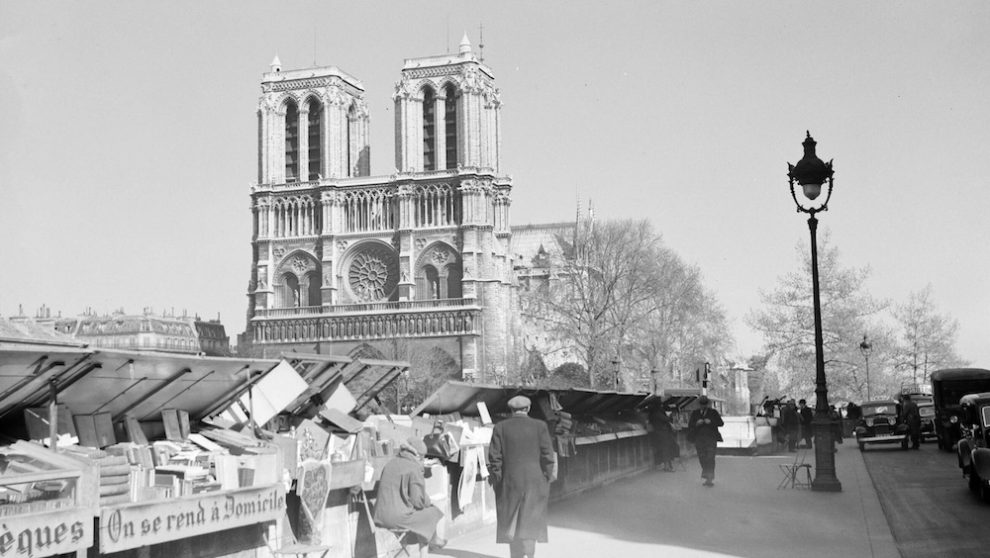 Bordering the banks of the Seine, the bouquinistes are inseparable from Paris. Old corporation born 400 years ago, it was repeatedly threatened with prohibition, even disappearance, maintaining with the power an ambiguous link. A (love ?) story which is however not ready to stop, so much Paris and its booksellers are one.

The origins of bouquinistes

At the beginning of the 17th century, the Pont-Neuf was born. An extraordinary bridge, which for centuries will be the beating heart of the capital. Traders of all kinds settle there. While some have the right to stand on trestles or on the ground, others are prohibited from standing still. Many itinerant vendors then offer their goods in small boxes worn “with a collar”.

Among these peddlers and other estaleurs are second hand booksellers. Their pamphlets sold without the control of power enjoyed great success, which would increase during the Age of Enlightenment and the encyclopedia. Which does not please the elite, joined by the capital’s bookshops. A fight that will last several centuries.

A first ordinance, in 1649, prohibited book displays near the Pont-Neuf. Another, in 1721, threatens them with prison. But nothing helps. Street vendors take advantage of the new quays built along the Seine until the Revolution, systematically moving to a new location.

Installation on the quays of the Seine

The term “bouquiniste” has been used since 1752 to designate merchants installed on the Parisian quays. A word derived from the Flemish “boekin”, or “little book”, which appeared in the form “book” towards the end of the 16th century. Located only at their beginnings on the left bank of Paris, they were approximately 300 when the French Revolution bursts.

The beginning of the 19th century was a period of cordial understanding between the different parties. The trade, regulated by power, is becoming more professional. But a big transformation plan will once again threaten them. In his mission clean up the city, Baron Haussmann wanted to evict the booksellers, in particular to restore the purity of quays lines. It was to forget that, if a Parisian would accept a quay without the shade of the trees, he would not wish it without booksellers!

The Haussmannian project was abandoned, and the vast open-air bookstore saved. A decree of October 10, 1859 maintains the booksellers, who have been authorized since 1891 to leave their goods on the parapets in sealed boxes.

Copied, but never equaled, many booksellers’ projects have emerged in cities around the world. None has ever had the durability of the banks of the Seine in Paris. The only thing that history cannot explain…

Born 400 years ago, a (love ?) story which is not ready to stop, so much Paris and its booksellers are one.
Continue reading

Donate (or sell) your books
Along the water: walk in the footsteps of the ancient source of Belleville
Pont-Neuf mascarons hidden in a garden in Ménilmontant
At the Glory of the Seine: the monumental Art Deco sculpture facing the Pont-Neuf
At the sources of the Seine
Private tours