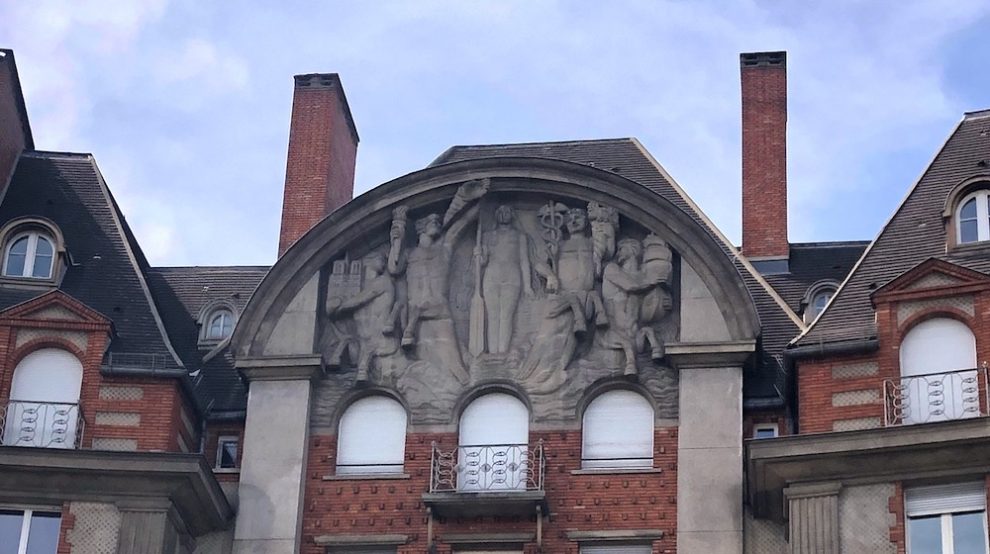 In the 1920s, the City of Paris bought the land in the southern end of the Pont-Neuf, located on the left bank, to create a new real estate complex, today called Carrefour Curie. At the top of one of the buildings is a very original sculpture : In the glory of the Seine.

Once the old buildings demolished, the land was sold to a real estate company, which called on the architect Joseph Marrast and the sculptor Carlo Sarrabezolles to build three buildings combining the brick and stone architecture of the early 17th century and the style of the 1930s. The artist Carlo Sarrabezolles decided to pay homage to the Seine, in this historic area, located at the crossroads of the Monnaie de Paris, the oldest institution still in operation, the Pont-Neuf , oldest bridge in Paris, and rue Dauphine, commissioned by Henri IV at the beginning of the 17th century at the same time as the royal square of the same name.

Carlo Sarrabezolles and the technique of direct cutting of concrete

Born in Toulouse in 1888, Carlo Sarrabezolles is the inventor of a very particular sculpture technique: the direct cutting of the concrete during the process of setting. In other words, he does his work directly on the concrete once it is poured and before it is too hard to work. The sculpture is thus produced without any model, or mold, for several hours in a row.

This process was invented by the artist in 1926 during an order for the bell tower of Villemomble (Seine-Saint-Denis), whose parish was not rich. An economical option that allowed him to try out a new artistic genre, based on the snapshot.

The Seine is here represented by a woman carrying an oar, surrounded by four centaurs dominating the waves. The one on the left holds Notre-Dame de Paris in his arms, the second breath in a conch and holds a torch, the third carries the caduceus of Hermes (god of travelers) and a cornucopia, and the last one holds a boat, emblem of the city of Paris. 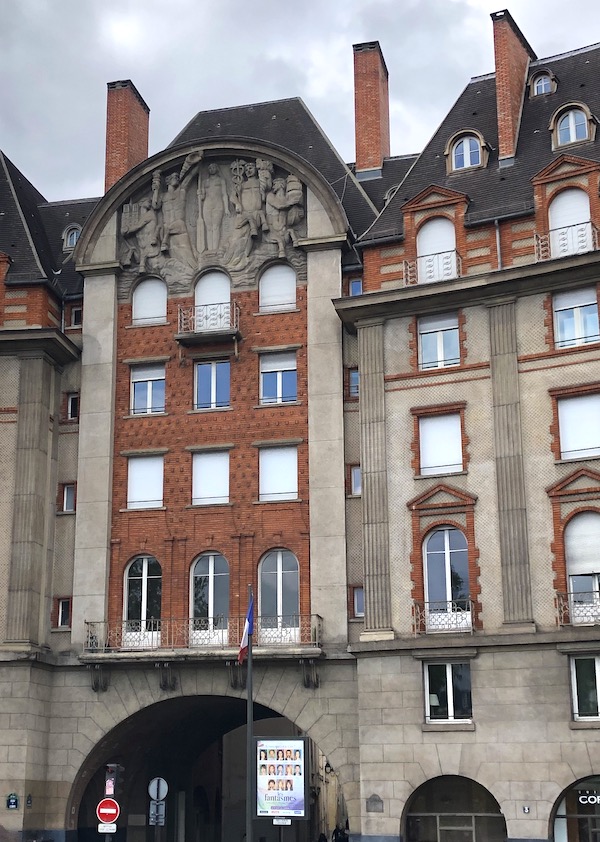 Walk a few meters passing under the porch of the building to discover the pretty rue de Nevers, and further that of Nesle, which has remained almost intact since the 17th century.