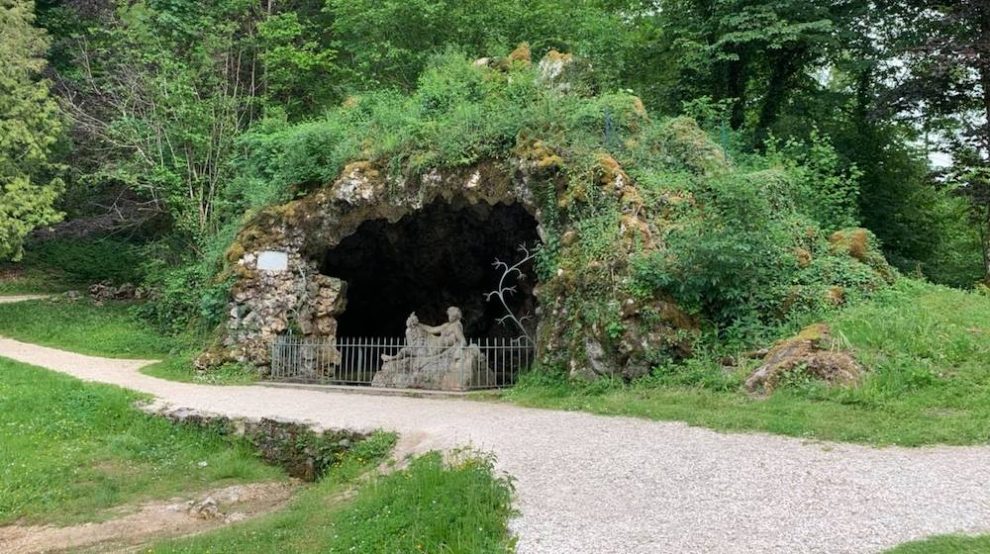 From the Langres plateau, between Côte-d’Or and Haute-Marne, comes life. On the borders of Burgundy-Franche-Comté and Grand-Est have their source the Seine, the Marne, the Aube or the Meuse. It is about a hundred kilometers southwest of Langres, in Saint-Germain-Source-Seine, that the Seine emerges from the earth to begin its journey of more than 770 kilometers to the English Channel.

It’s hard to imagine that a light trickle of water escaping from a valley in the Côte-d’Or is the root of Paris. At the sources of the Seine, we are far from the Parisian flow of several hundred cubic meters of water per second. It is rather a stream that flows, before transforming into a river.

The domaine des ​​Sources de Seine ordered in the 19th century by Napoleon III, is located at an altitude of 446 meters and houses the main source of the river (there are about fifteen) in a cave in limestone designed by Victor Baltard. This cave would be on the site of the original sanctuary, discovered during excavations before the creation of the park. This place was indeed venerated by the Celts, who made it a place of pilgrimage and attributed healing properties to its water.

During these excavations were also found a bronze statue dating from the Gallo-Roman period representing the Goddess Sequana, a character from Celtic mythology from which the river takes its name, as well as hundreds of ex-votos attesting to the healing cult. Today, it is a white stone nymph, placed in 1934 to replace the previous one (1867).

Finally, know that this park has been since 1864 …. attached to the city of Paris! A magic trick made possible by the Second Empire’s administration. If you visit this park, you will not be in Côte d’Or, but… in Paris !

At the origins of Paris, a source that springs from a valley in Côte-d'Or. A domain attached since 1864 to the city of Paris!
Continue reading

The secret of the Sacré-Coeur stones
The last industry in Paris
The surprising Île aux Cygnes
5 photos for a travel back in time
History of the Zouave of pont de l'Alma
Bateaux-Mouches: the best boat trips along the Seine