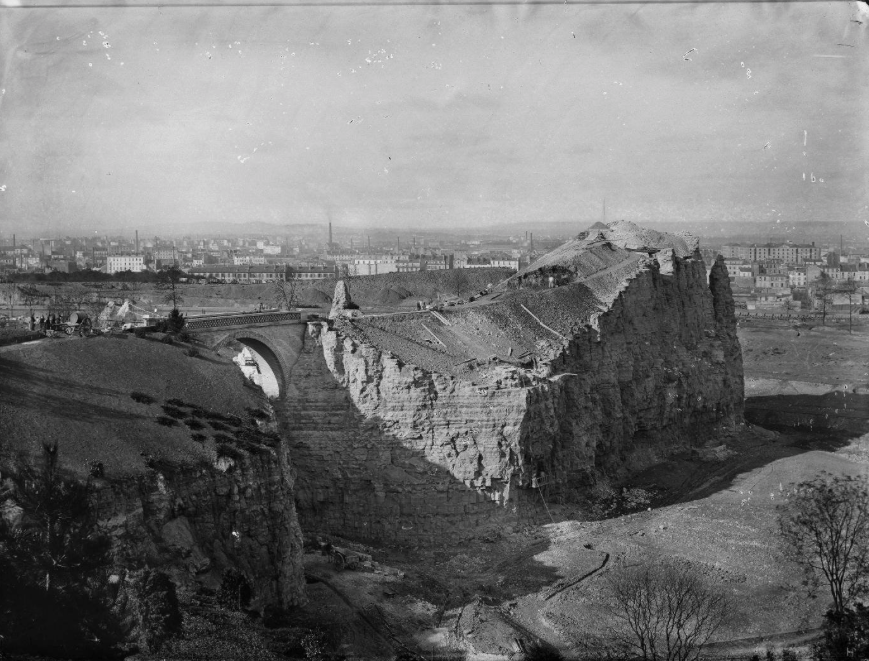 The photo, by capturing a singular moment, has this unique power to tell us a whole story. A monument under construction, onlookers who linger on the main boulevards, a memory of the old suburbs of Paris … Here we offer you five photos, chosen for their originality rather than their historical importance, for a real journey into the time. 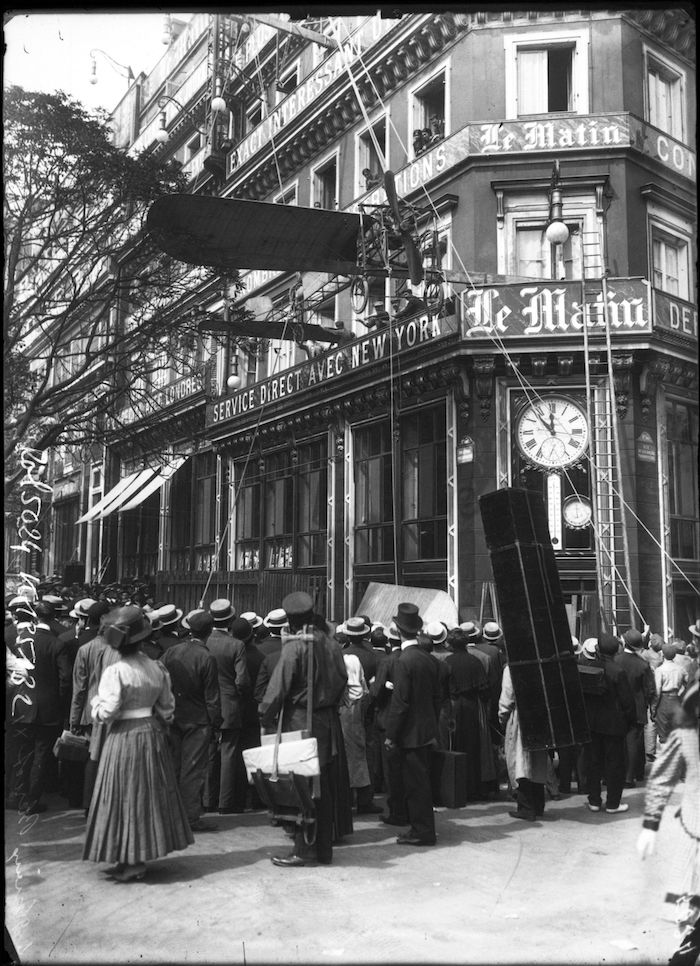 On September 4, 1909, the newspaper Le Matin exhibited on the facade of its seat the airplane with which the famous aviator Louis Blériot succeeded on Sunday July 25, 1909 in the first crossing of the English Channel, in 26 minutes and 30 seconds, for a total duration 36.5 minute flight time.
The newspaper bought the plane from Blériot (to facilitate hanging, the left wing was dismantled) before offering it to the French government. It is now visible at the Museum of Arts and Crafts.

The Louvre is more than eight centuries of history, and an attempt common to all sovereigns: to link the Cour Carrée, historic palace, to that of the Tuileries, to form a single building. A project that Napoleon III will carry out under the Second Empire, by razing the houses built between the museum and the Tuileries castle and by reconstructing, among other things, the gallery by the water, commissioned by Henri IV.
A dream that only lasted a few years, since the Palais des Tuileries was burned down during the Paris Commune in 1871. When will we try again?

Family of gypsies near the Porte de Vanves

his photo of André Kertész, titled Family of gypsies near the Porte de Vanves, dates from 1933. We see several families of gypsies with trailers and horses, who prepare their meals and dry their clothes on fences. The mounds of earth are the vestiges of the enclosure of Thiers, last military fortification of Paris, destroyed in 1929.

The quarries of Buttes-Chaumont

Inaugurated for the Universal Exhibition of 1867, the Buttes-Chaumont park is a creation ordered by Napoleon III to offer Paris and his working classes a huge space of nature. Completely artificial, the park was built on an old gypsum quarry, a rock used to make plaster, which was outside the limits of Paris before its annexation in 1860. 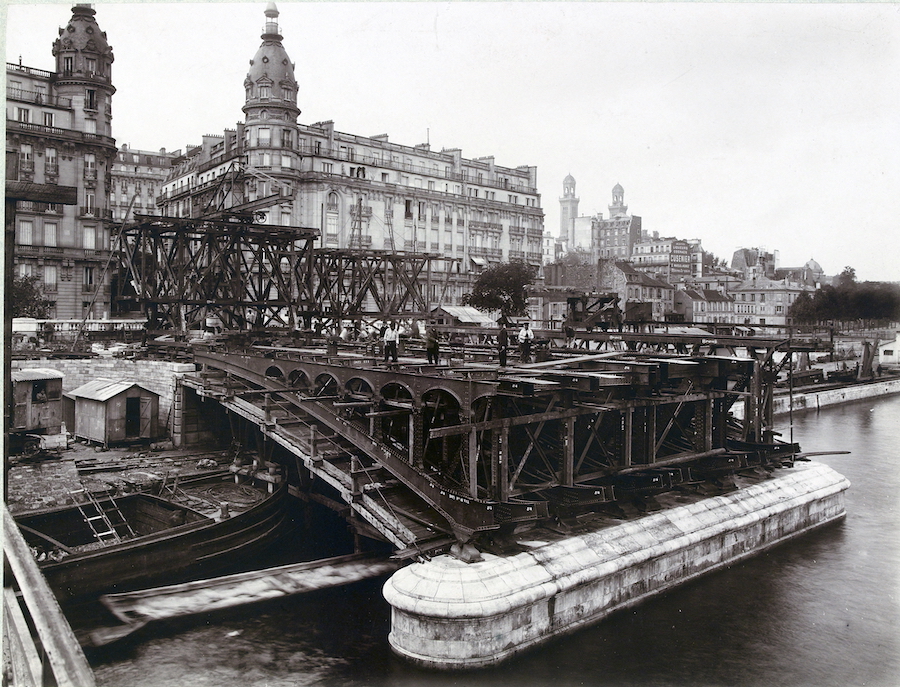 Construction of the Passy Viaduct (now Pont de Bir-Hakeim) began in 1902, two years after the inauguration of the first line of the Paris metro. A first structure had been built during the Universal Exhibition of 1878, replaced by a more solid structure, intended to receive pedestrians, cars and rail traffic. The Bir-Hakeim Bridge is one of the most famous Parisian bridges, used many times by the cinema, and offering very nice views of Paris!

To the right of the image, you can see the old palace of the Trocadero, now vanished.

Five photos, chosen for their originality rather than their historical importance, for a real journey through time.
Continue reading

Stories and anecdotes from the Musée d'Orsay
Paris, haven of African-American artists in the 1920s
The first photo of a barricade
The extraordinary journey of the Lady of Auxerre
History of the Zouave of pont de l'Alma
History of la Bastille (Video only in French)