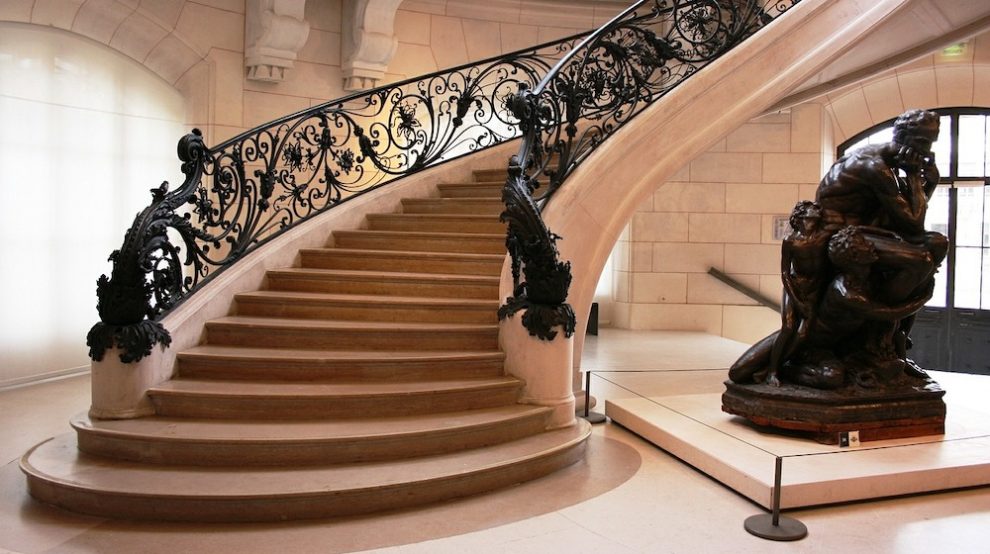 Less known than some of the great French sculptors, Jean-Baptiste Carpeaux nonetheless remains one of the most important (and influential) artists of the 19th century, widely exhibited in Parisian museums. One of his works, Ugolino and his sons forms a sumptuous ensemble with the Art Nouveau staircase of the Petit Palais. Also visible at the Musée d’Orsay, this sculpted group is a masterpiece to be discovered in one of these two museums.

Inspired by Dante’s Divine Comedy, a monument of medieval literature written at the beginning of the 14th century, Carpeaux’s work takes us to the ninth circle of Hell, where the tyrant Ugolino was locked in a tower with his children and condemned to starve. Here is expressed, with sumptuous brutality, the moment before the irreparable.

Gnawed by doubt, or simply by hunger, Ugolino is exhibited in an intense psychological struggle. Tense, nervous, his body and muscles seem deformed. And yet, his decision is made, and only a few seconds separate us from the tragedy. He will soon eat his sons. 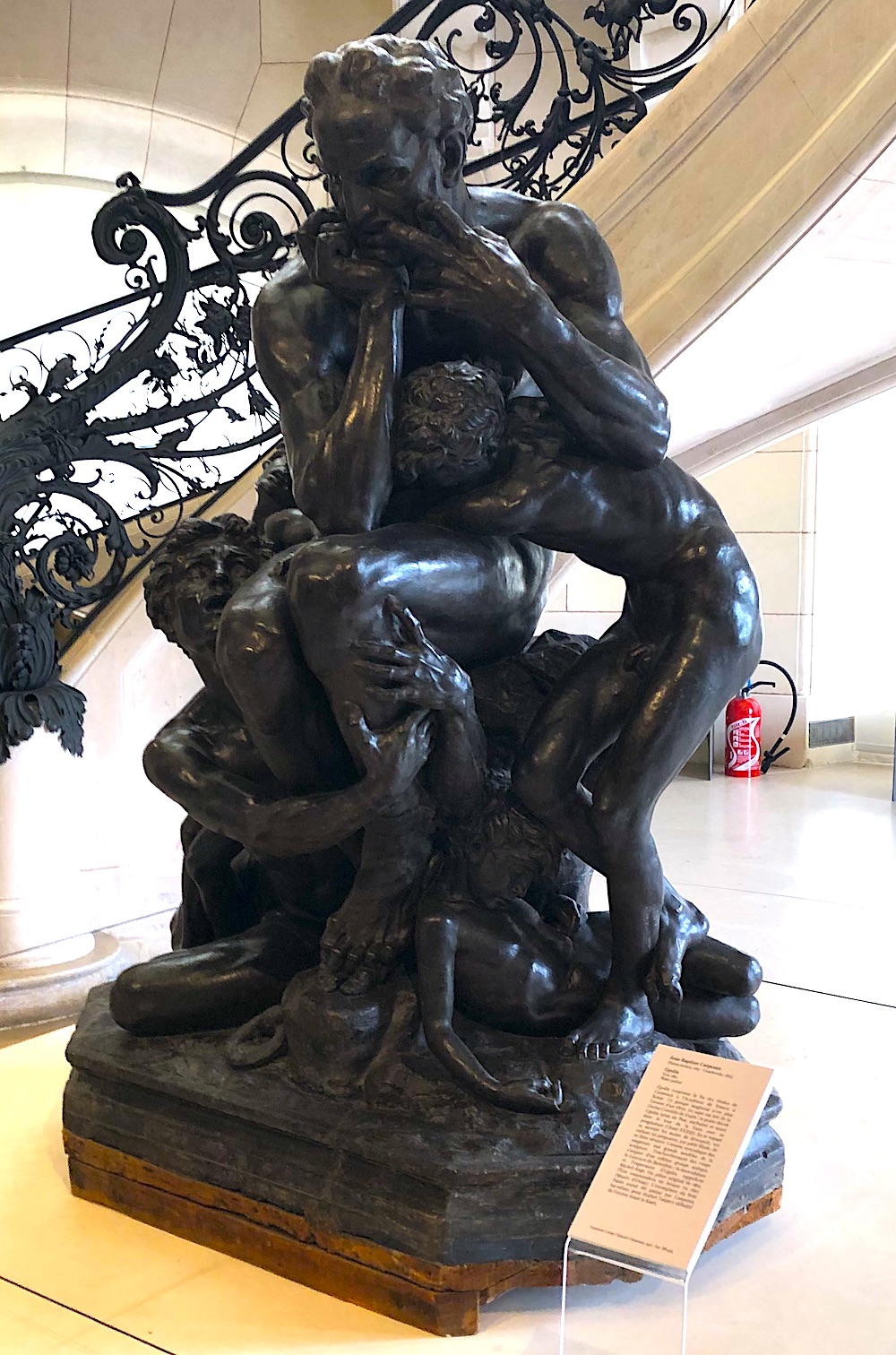 More than the simple aesthetic, it is the contrast between Ugolin’s animality and the innocence of the children, who seem to implore him, but also the sensation of movement of the work, which gives this sculpted group its charm.

Completed in 1861 at the end of Carpeaux’s studies at the Académie de France in Rome, this work was no longer that of a pupil, but of a master. The subject will initially be refused, the regulation of the Academy prohibiting the sculpted groups. As convincing as he is talented, he will succeed in imposing his project, and will become under the Second Empire one of the favorite artists of Napoleon III.

From the original plaster of 1861, the state commissioned a bronze in 1862, which can be seen in the Musée d´Orsay. The Petit Palais example would have been patinated by Carpeaux himself, to study the final aspect of the work before the cast.

Ugolin and his sons, the most beautiful sculpture in Parisian museums?

A short history of the Caryatids, an architectural ornament very present in Paris
The Coronation of Napoleon's secrets (Louvre Museum)
Unusual tour guide of the Louvre museum
Hearts of the royal family used in the painting of a painting in the Louvre
Stories and anecdotes from the Musée d'Orsay
Book tickets for top attractions in Paris