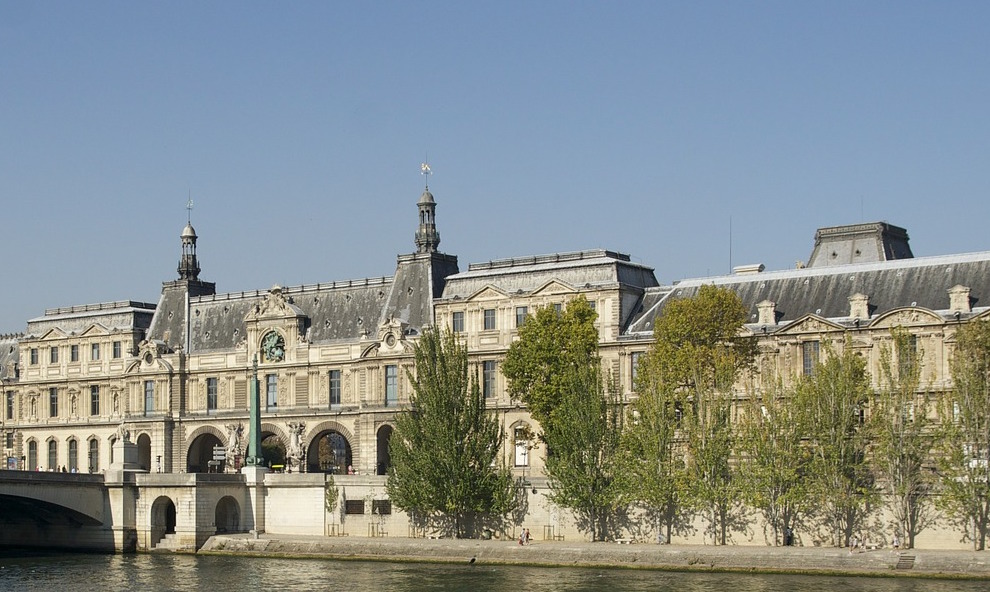 Eight centuries old, the Louvre and its architecture is full of stories and anecdotes. There is one, however, that nobody notices. To see this unusual detail, head to the Place du Carrousel and look at the “guichets du Louvre”, large windows that provide access to the Seine.

Head to the Lesdiguières Pavilion and look up. You will notice at its top a lantern with a weather vane. 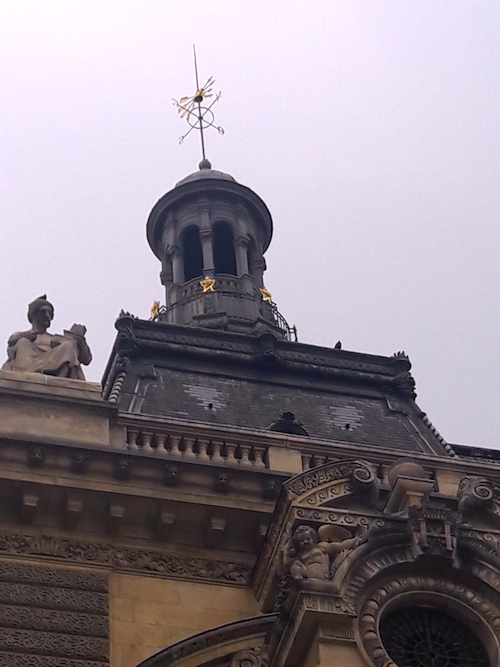 Do not you see anything odd? It’s not obvious, but the “N” around the lantern are all upside down. Simple mistake?

Most of the architecture you can see all around you when you are between the Louvre Pyramid and the Arc de Triomphe of the Carrousel dates back to Napoleon III. Largest builder (with Louis XIV) in the history of the Louvre, he doubled the surface of the Palace, modified the oldest parts , and tried to complete the project led by the kings of France since the 16th century.

The demolition of a part of the Grande Galerie du Louvre (Seine side) offered the architect of Napoleon III, Lefuel, the opportunity to build a monumental passage to circulate between the palace and the Seine. The windows of the Louvre are built, and the pavilion Lesdiguières is decorated with the monogram of Napoleon III, as the Rohan Pavilion, which faces it, and gives access to the Rue de Rivoli. But if the “N” oh Rohan Pavilion is normal, that of Lesdiguières is reversed. A “mistake” that have been unnoticed for more than a century, discovered in 1986, during François Mitterand’s works ! 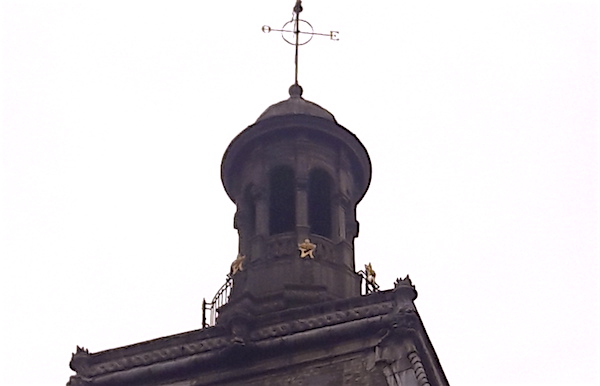 Simple mistake or anti-Napoleonic symbol ? We really don’t know… Some see the wish of a Republican worker to overthrow the imperial regime, other the simple expression of an aversion (“aversion” is said “haine” in French, that sounds like “N”) of the Emperor…