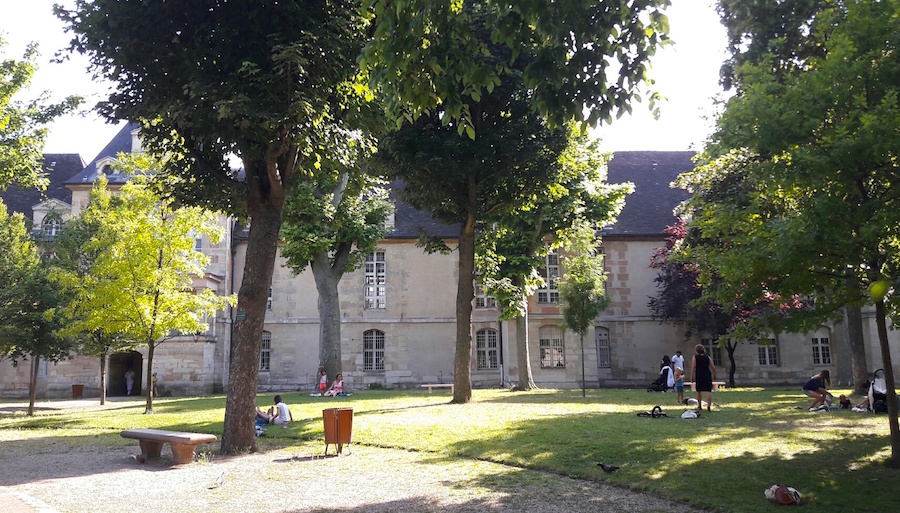 After plague epidemics that ravaged Paris in 1605 and 1606, Henri IV decided to build a hospital outside Paris to put the contagious patients up. It has been named “Saint-Louis” in honor of the king who was thought to have died of the plague (he actually died of dysentery).

The first stone was laid in July 1607. To avoid contact with the outside population, the hospital and its courtyard were surrounded by gardens and walls. This ancient courtyard square is today a pleasant public garden you can enjoy freely. 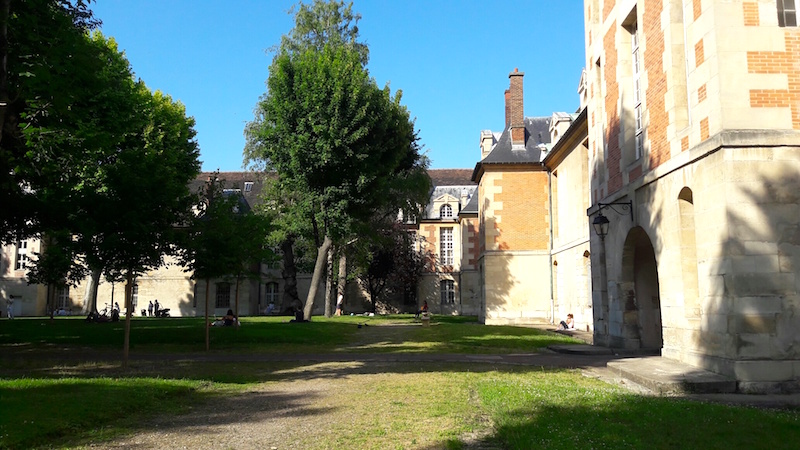 The ground floors were cellars and shops while sick people were housed upstairs. Behind this central square, buildings you can see going around the garden were staff housing. Galleries connected these staff housing to the central building to avoid – once again – any contact with the outside. 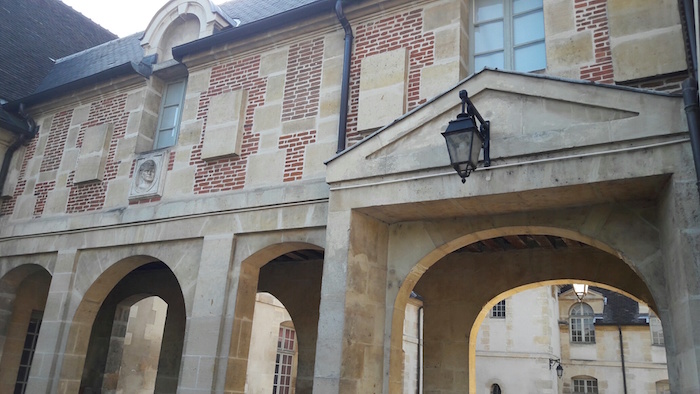 Finally, look at the architecture of the four large buildings that surround the garden. They recall another great work ordered by Henri IV : the Place des Vosges. Indeed, the architect of the hospital Saint-Louis, Claude Vellefaux, also worked for this royal square! 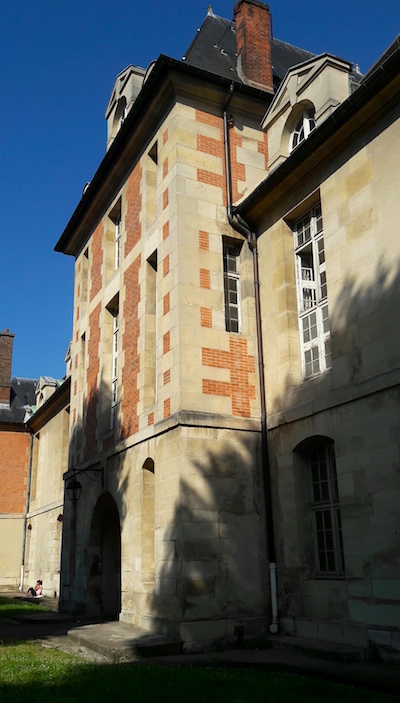