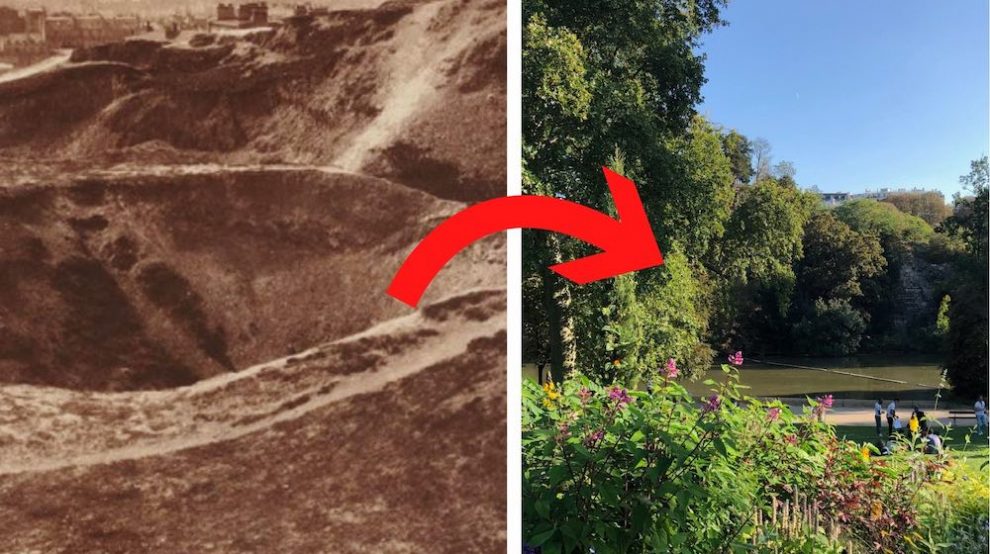 With nearly 25 hectares, the Buttes-Chaumont park is one of the largest green spaces in Paris, appreciated for its picturesque setting, its winding paths, and its fragrance that is both exotic and entertaining.

Far from the historic gardens of the center of the capital, it was created from scratch in a miserable district, attached to Paris in 1860. A past buried at the request of Napoleon III, who wanted to take advantage of these desolate lands to offer destitute populations a little nature, and to the peasants who came to seek modernity and comfort in the new industries, the seasonality disappeared under the thick clouds of smoke.

Because the Buttes-Chaumont, and much of the current 19th arrondissement, that’s it: gigantic gypsum quarries, also called plaster stone, the use of which has been documented since Gallo-Roman times. Also marl, often infertile, or even clay, which was used to make bricks. A lunar landscape that dominated the reliefs of the suburbs to the north-east of Paris, where not a blade of grass grew, which the Parisians called the Butte du Mont-Chauve.

But if this neighborhood was grim, it wasn’t just because of its plasterboards. Everything that Paris knew more obscure, dirty, everything that the city did not want to see, or on the contrary to exhibit in a morbid scenography, was around the quarries.

The Montfaucon road, which led to the Buttes-Chaumont, was indeed famous for its gallows. Erected under Saint-Louis, the site was chosen for its abandoned landscape, a symbol of royal justice that Parisians could see from the center of the city. Thousands of people were hanged there until 1630. Ironically, Minister Enguerrand de Marigny, who had installed the gallows in Montfaucon, was one of the first hanged there, in 1315. 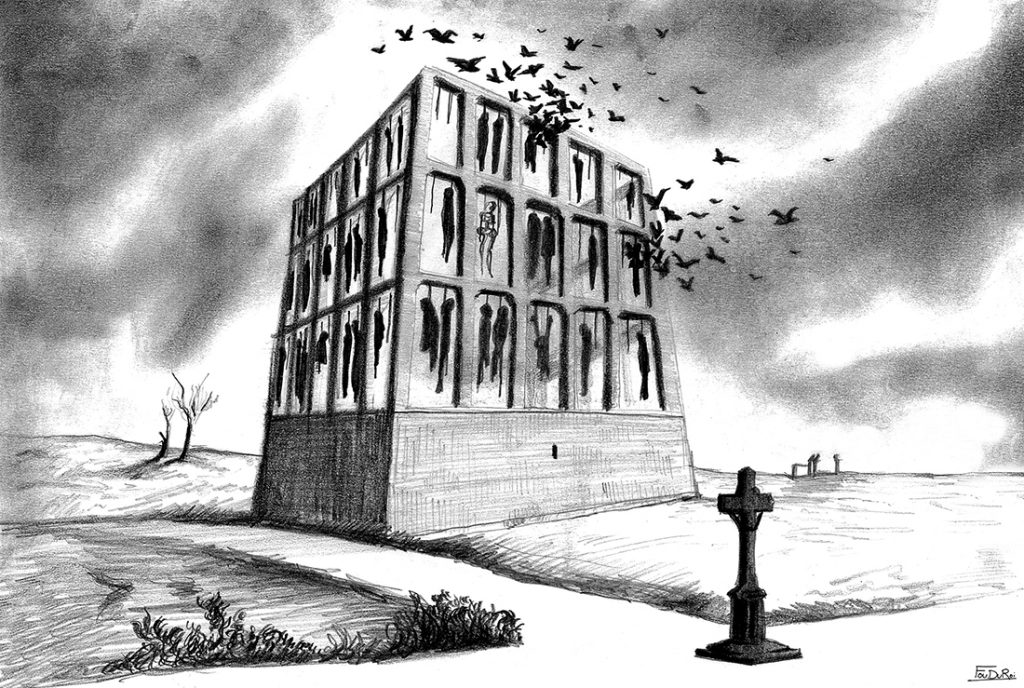 Later, the Montfaucon road network was chosen to set up the Poudrette de Paris factory there. Poudrette is the name given to the fertilizer produced from human faecal matter … Hundreds of cubic meters of excrement were poured into vast basins daily, which workers, sometimes children, used to dry in the sun for harvest the precious fertilizer.

It was always better than throwing them in the street, as was often the case in Paris … Except that the odor, unbearable, spread to the neighboring village of Belleville, and throughout eastern Paris during the days. strong wind.

To this nauseating organic smell was added that of death … Since the 17th century, a vast area of ​​squaring has been located on this same road in Montfaucon. We recovered dead hair there to transform it, or we abandoned sick hair, which had become useless. The horsehair was recovered for the upholstery, the skins by the tanners, the fat for the soap factories. The same fate was reserved for abandoned cats and dogs, and over time the pools of blood had become a natural maggot factory, highly prized by fishermen.

Inaugurated during the Universal Exhibition of 1867, the Buttes-Chaumont park was to replace this abject and mephitic past with a green setting. The goal was successful, since hardly anyone any longer knows, as they stroll through the winding and picturesque alleys of the park, that everything is artificial.

Created from scratch in a miserable district attached to Paris in 1860, the Buttes-Chaumont park (19th arrondissement), hides a morbid and little-known past.
Continue reading