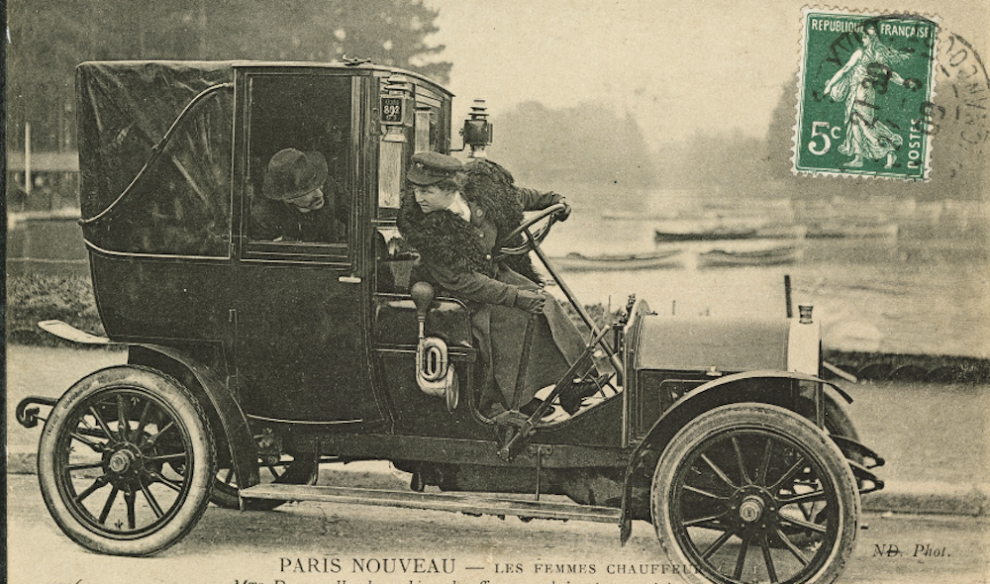 It is well known, women had to wait longer in the history to have the same rights as the men ones. If they had the right to vote in France en 1944, the first Paris’ female taxi driver appeared in 1908.

Before Mrs. Durcoucelle, 3 women began an apprenticeship in 1906 to drive carriage – an exclusively male profession – followed behind them by other women. While most abandoned, especially under pressure from the family, the first coach driver females (Mrs. and Mrs. Dufaut Charnier) appeared in February 1907. A real curiosity for all Parisian ! 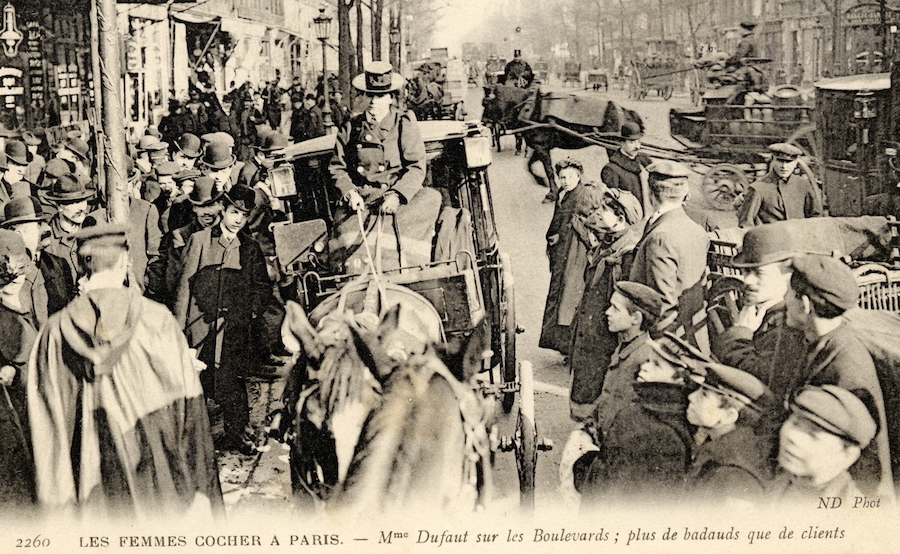 Already graduated for carriage, Madame Decourcelle will get her taxi licence in 1908, making her the first woman in history to drive a taxi in Paris streets. 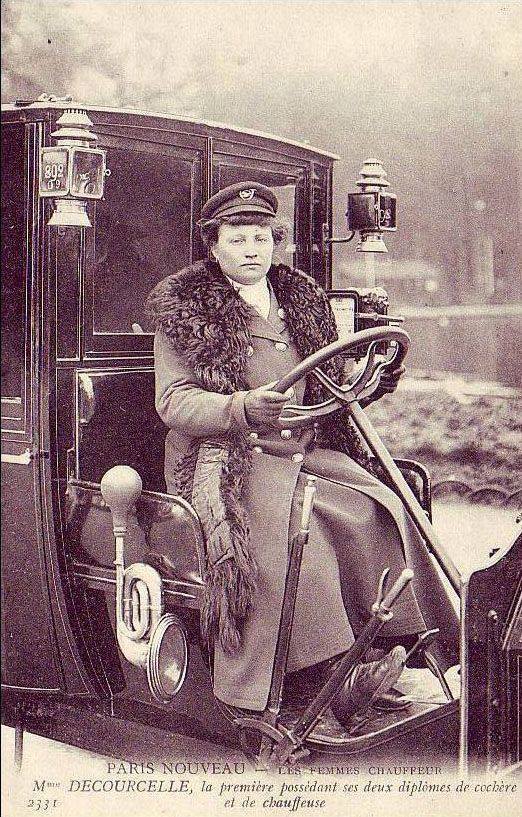 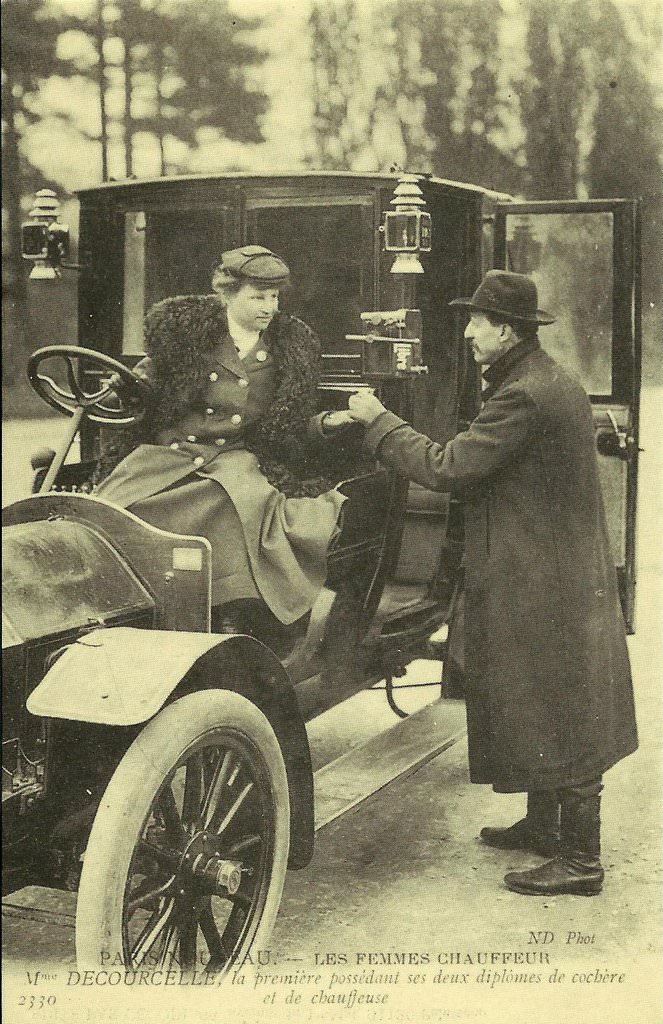 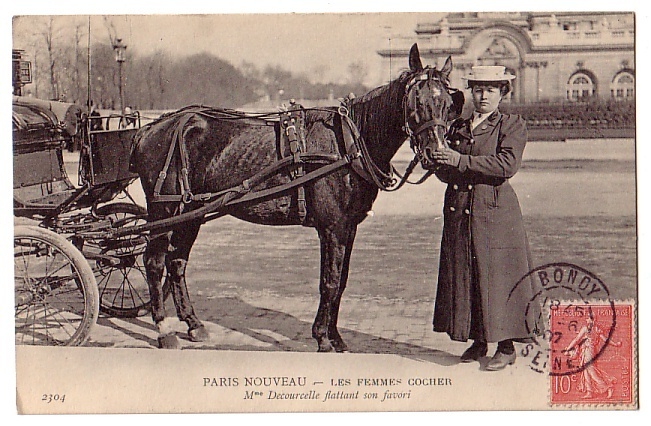 Where is Clovis buried ?
The first picture of a human being taken in Paris in 1838
Disappeared "Odd Job" of Paris
Rue de Crimée Lift Bridge
Cité des Fleurs (City of flowers)
The oldest tree in Paris