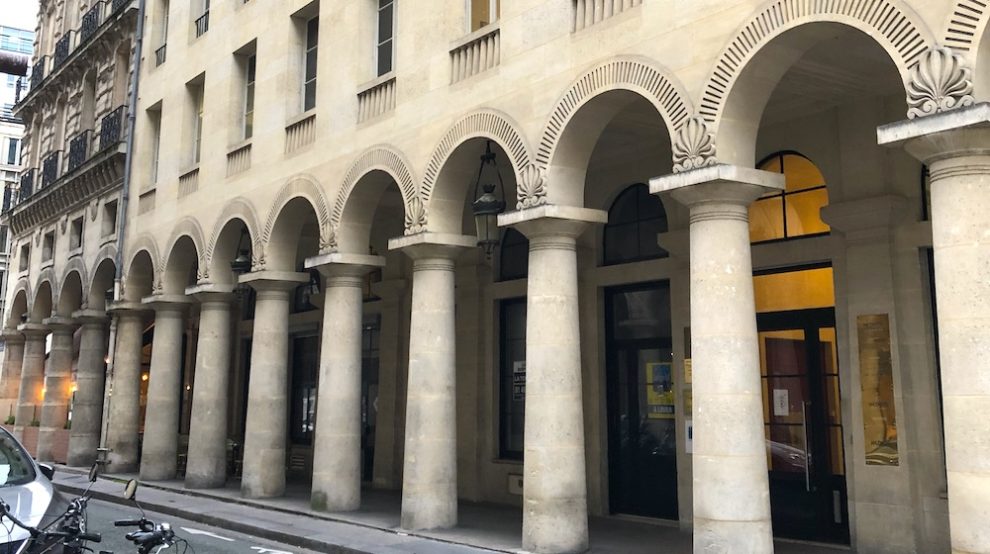 A few steps from the Bourse (former Stock Exchange), and not far from the Palais Royal, the 2nd arrondissement hides a street built during the Revolutionary period, very rare in Paris : rue des Colonnes.

When the French Revolution broke out, the whole Paris made the Palais Royal the beating heart of the capital. A few years earlier, Philippe-Égalité, Duke of Orleans and cousin of Louis XVI, had indeed revolutionized the city by creating covered galleries around his garden lined with popular stores. The success was complete, and entrepreneurs will soon imitate the concept all over the city. This is the birth of covered passages. 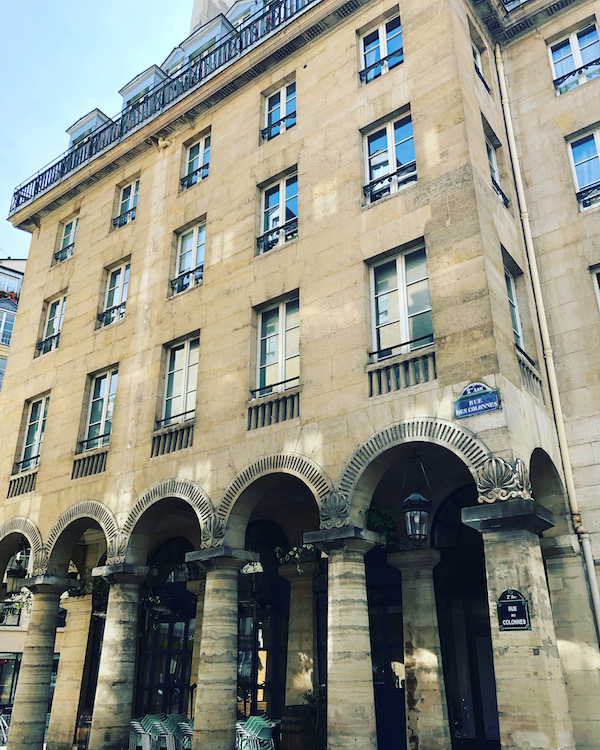 In 1792, a group of speculators bought a private mansion to carry out a large, and juicy, real estate transaction. Although passages covered with glass roofs are not trendy yet , the idea of ​​creating shopping arcades along the side of the roadway to protect pedestrians from mud appeals to developers.

The rue des Colonnes originally linked the rue des Filles Saint-Thomas to the rue Feydeau, where the theater of the same name had just opened in 1791. The promoters thus wanted to offer a pleasant shortcut to spectators going to the theater. The street was first called Passage des Colonnes, and was closed by gates from 11 p.m. to 5 a.m. It became a public road in 1798, then was partly mutilated and divided by the creation of the rue du 4 Septembre and that of the Bourse.

The rue de Rivoli, pierced at the beginning of the 19th century, was undoubtedly inspired by the rue des Colonnes.

Located in the 2nd arrondissement, rue des Colonnes is a rare example of revolutionary-era architecture in Paris, and inspired the famous rue de Rivoli.
Continue reading

Historical and unusual walk in the Marais
Rue Mallet-Stevens, the triumph of the straight line
The last staircase Louis XVI climbed in freedom
Walking Tour Grands Boulevards
The Sanson family, hangman from father to son
The Medici column, the most unknown remnant in Paris