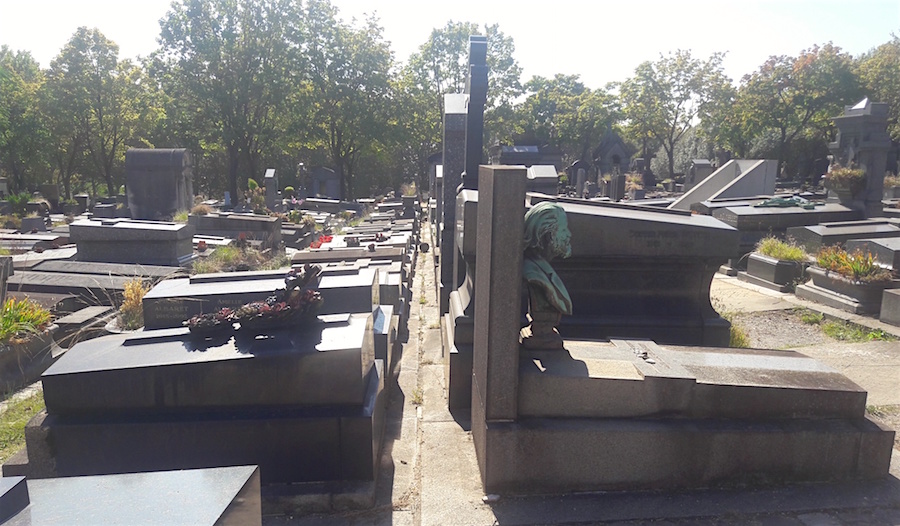 In division 94 of the Père-Lachaise cemetery, there are two personalities that only death could bring together: Édouard Drumont, founder of French anti-Semitism, and Alexandre Stavisky, Jewish swindler. An unlikely duo.

Jew of Russian origin born in 1886, naturalized French in 1910, Alexander Stavisky discovered very early his predispositions for the swindle. In particular, he stole the little gold possessed by his father, a dentist, which he used to make prostheses to sell him. Later, with his grandfather Abraham, he introduced himself as the summer programmer of the Marigny theater and sold places … While the theater is closed during the summer! The rest of his career was a long succession of conceals, false, breach of trust, and frauds of all kinds.

In 1934, a case in which he is involved will become a real state scandal. The director of the Municipal Credit Bayonne is arrested, accused of having put into circulation fake cash certificates for an amount of 235 million francs. The investigation quickly returns to Stavisky, who diverted this money with the support of the deputy mayor of Bayonne, Joseph Garat. We discover then that the scammer has woven a vast network of corrupt politicians, journalists and magistrates, which plunges the Third Republic into a deep crisis, under the background of xenophobia. 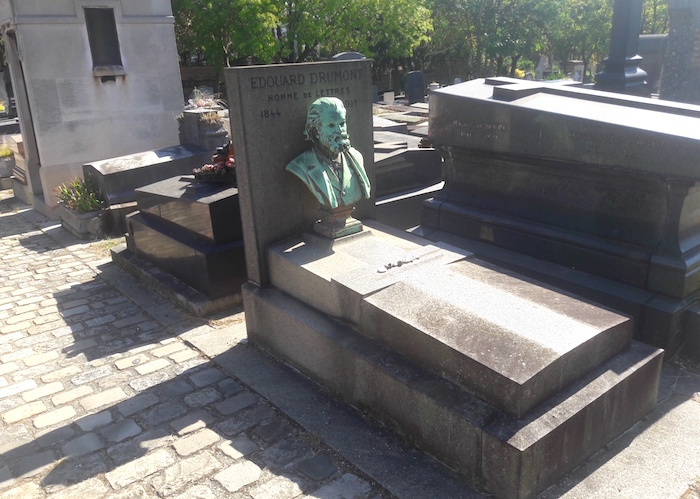 Edouard Drumont, kindly baptized “Man of letters” by Père-Lachaise, was born in Paris in 1844. He started very early in journalism, and published in 1886 “La France Juive”, which was a great success and popularize the basics of antisemitic doctrine in France. With this notoriety, he founded in 1892 the anti-Semitic daily “La Libre Parole”, which will defend some popular nationalist and anti-capitalist theses, namely the decadence of the country and the seizure of Jews over capital. He was also the first, during the Dreyfus Affair, to make a link between the Jewish origins of the officer and the alleged complicity of the state.

During the German occupation, in 1942, he was inscribed on his grave: “To the author of the immortal masterpiece, Jewish France”. This inscription was removed in 2002. The traces of chisel that erased it are still visible on the grave.

Ironically, these two men are now neighbors for eternity, turning their backs to each other, as if the affront was still hard to bear. Only Père-Lachaise can tell, and gather, such stories!

Private tours
The Picpus cemetery, one of the most secret in Paris
These unsung heroes who carry the name of a street in Paris
The secrets of Père-Lachaise Cemetery
Good Luck statues in Paris
7 bizarre stories about Paris monuments