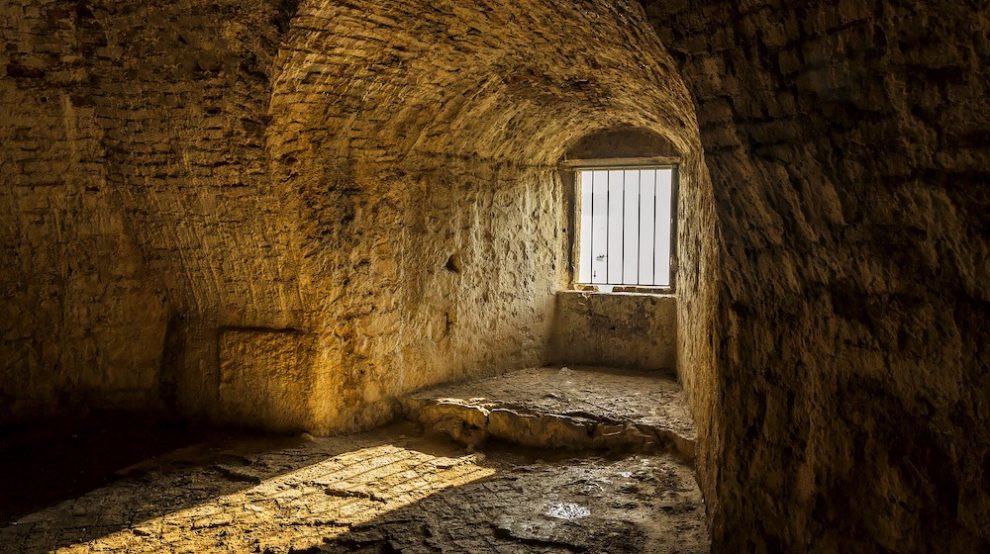 In the Middle Ages, it was not uncommon for a city to have its reclusoir (or reclusery). A tiny cell with windows, but no door, in which people voluntarily locked themselves until the end of their lives. But do not see any punishmen in this seclusion. These people asked themselves to be walled up. And when a recluse died, there were many candidates for his succession. A phenomenon that has lasted for centuries.

Appearing around the 10th century, the recluse was not part of any community. He was a member of civil society who decided, with the approval of the religious authorities, to devote the rest of his life to prayer in an enclosed space. Fed by the inhabitants, his daily prayers went in return to save the city.

Traces of these recluses are rare. By the nature of the exercise, lonely and silent. And our way of understanding today this way of life, which one cannot imagine freely granted. And yet, very rare are the cases of convictions among the recluse, even if they did exist. Open to all, it received the most fragile and destitute people of a society whose economic and social organization was padlocked. This could also explain its feminization over time.

The origin of the reclusoirs and their occupants is therefore difficult to define, but would come from the first hermits, who decided to withdraw from the world to resist temptation. One of the most famous is Saint Anthony the Great who lived almost 15 years alone in the desert.

Joined by the faithful who wanted to enjoy his teaching, he later founded one of the first religious communities. The monks, separated from the world, had a group to rest on. The hermit is alone, and rare are the characters who manage to face this loneliness without sinking into madness.

From the thirteenth century, monasticism reached the city. Alongside the mendicant orders appears a new form of hermitism: the recluse. No more question, like the hermits, of living of hunting and gathering. The recluse is totally dependent on his environment, and the big city, which attracts merchants, travelers, and pilgrims, allows him to survive through alms. Note that in the 12th century, Paris was the most populous city in the medieval West, with around 250,000 inhabitants. 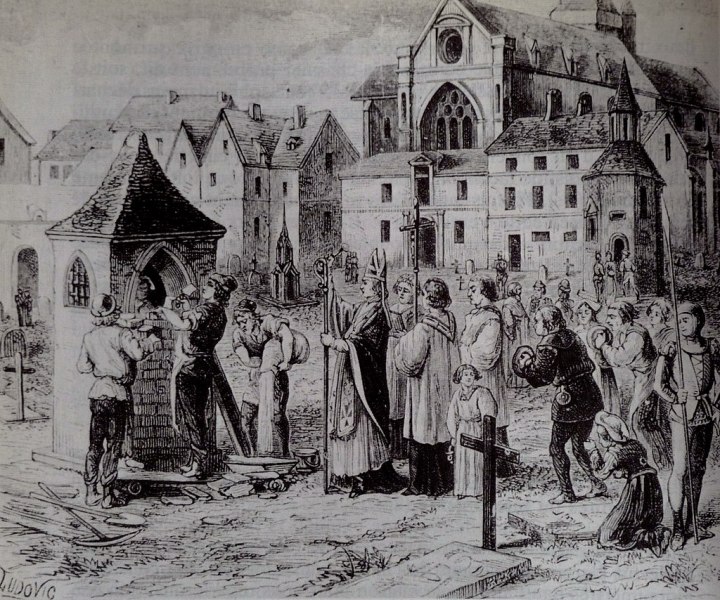 The church could not ignore this phenomenon, and had to control it. She had learned from previous experiences, and knew that spiritual loneliness could be dangerous. It was nonetheless a symbol of moral perfection. It was therefore necessary to install the recluse somewhere and ensure his subsistence, as well as his supervision, to avoid deviance or heresy…

Many French towns had their recluse. Bordeaux, Lille, Montpellier, Clermont … And of course Paris. These were located on strategic points of defense such as bridges or military enclosure gates. In Paris, they were rather attached to churches or hospitals. The best known was inside the cemetery of the Innocents, the largest cemetery in Paris before its destruction in 1786 (towards Les Halles).

A reclusoir was generally only a few square meters, and had only two openings: one on the outside to receive alms, the other leading into the church. 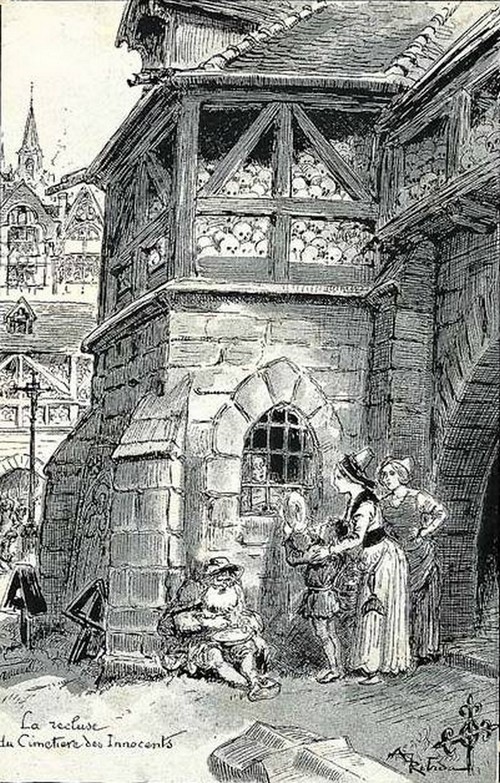 If traces, again, are rare, it is assumed that the life expectancy of the recluses was quite short. Very few were indeed strong enough to withstand winters, wind, hunger and isolation. An exceptional case, however, is known in Paris. That of Alix de Burgotte, who remained 46 years in the reclusoir of the cemetery of the Innocents. A longevity that we know thanks to Louis XI, who made him erect a superb tomb in this same cemetery to honor his memory.

The recluses disappeared around the 16th century, without being able to explain the reasons more than those of its advent…

Another era, would we be tempted to conclude.

Recluses, Middle-Age people who decided to end their lives in a tiny cell, and subsisted on alms in exchange for their prayers.
Continue reading

Is Paris only matched by Rome?
Most beautiful medieval architectures in Paris
The rue de la Colombe tale
Gallo-Roman remains in Paris
Vanished islands of Paris
The remains of the first medieval Paris aqueduct