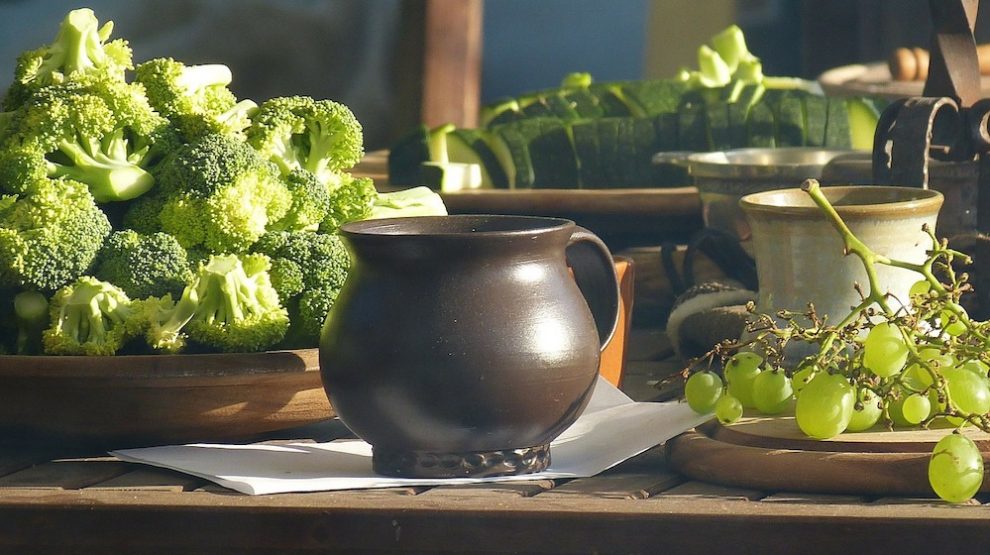 Often considered as a violent and uncultivated period, the Middle Ages are very far, when one is interested in them more closely, of these clichés. A time when taste was very important, and which already sought in meals, beyond the simple restorative function, the notion of pleasure. But gastronomy was still a distant concept, and customs very different. If the art of the table and the arrangement of the dishes already existed, this privilege was reserved for the aristocracy and the bourgeoisie. A time when inequalities were also (and already?) On the plate!

Dominated by power relations, control by religion and a well-defined social class hierarchy, medieval society viewed food in a very different way from today. Their qualities and nutritional virtues were considered based on natural elements. Everything that came close to heaven, and therefore to God, was particularly sought after. In contrast, anything under the earth was considered rude. Paris was not known in the 14th century for the quality of its dishes. The most populous city in the medieval West, its streets were mostly a dirty, foul-smelling cesspool. The taste was reserved for palaces and mansions, when the people did not yet have the luxury of thinking of feasting the taste buds. His priority was to find in food sufficient strength and energy to carry out daily toil.

Regardless of social class, bread was the basis of all meals. But inequalities even existed in this area. The bourgeois ate only wheat bread – which is the same soft wheat we use today for bread – which offered a beautiful, quality white bread. The more modest Parisian was content with barley bread or a mixture of wheat and rye. This was rubbed on meat or vegetables, then dipped in broth, milk or even meat juice.

Among the bourgeois, the use of bread was very different! Cut into thick slices, it served as a plate. The meat was placed on it, which soaked it with juice and softened it when it was stale. Once the meat was done, we ate this delicious piece of gravy bread. All with the fingers and a knife, since the fork will not be used until the 16th century.

The egg was also part of all meals. A simple dish that could be eaten as is, or used in sauces, terrines and soups.

For the reasons explained above, which gave food close to heaven a higher quality, carrots were very rarely included in quality dishes, and were only consumed by the poorest population. Like garlic, onion, leeks or even turnips, which a bourgeois would have found insulting on his table. On the other hand, fruits, sometimes candied in honey, were very common on fine tables, as were cereals and almonds, from stems and trees that rise in the air.

On the meat side, and for the same reasons, birds were particularly popular. Spit-roasted or stewed beef or mutton are also consumed, while veal is known to be the most delicate meat. On the most beautiful tables are served in addition to game birds, deer, roe deer, heron, swan or peacock. 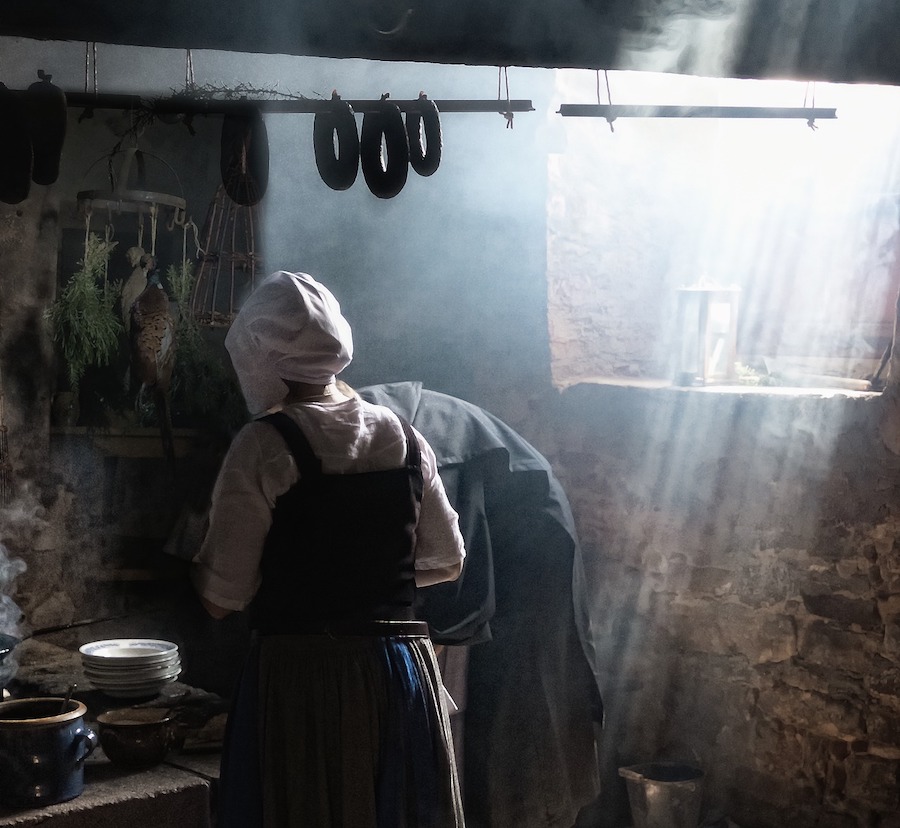 Meat, on the other hand, was consumed very little by the poor, who needed their products (eggs, milk, wool) more than their flesh. Pork nevertheless held an important place in meals, and slices of bacon were often used to enrich bread or soup. Paris and its region offered many vegetables such as cabbage, the basis of all soups, lettuce, peas and beans, rich in energy and protein.

Note that the potato arrived much later (from the 16th century), like rice, and were therefore not consumed in Paris in the Middle Ages.

On lean days, meat disappeared from the plates in favor of fish. And those days were many! Depending on the number of religious festivals, tributes paid to the saints of the district or its corporation and counting every Friday, they could be more than 100 per year. The poor eat only smoked or salted herring, and the less poor can afford cuttlefish. The bourgeois appreciates mackerel, cod, eel, salmon or pike.

Lean days, supposed to celebrate abstinence and introspection, were not so lean with the medieval Parisian bourgeois!

Brought back by the Crusades, spices were used extensively. The dishes were systematically composed of sauce, broth or juice, embellished with herbs or spices. And the more there was, the better it was! But exotic spices were a luxury that the poorest could rarely afford. They were replaced by mustard, which grew everywhere, and which simply had to be ground at the grocer’s, parsley, thyme, sage or bay leaf, mixed with Verjus, an acid juice extracted from the grapes. not having matured.

The grocer also sold pepper, the most widely used spice, cloves, ginger, cinnamon, nutmeg, maniguette (or seed of paradise), from Africa, as well as the very precious saffron.

Wine, above all, and a lot. Between 2 and 3 liters per day and per person. Île-de-France was a very important wine-growing region, and the wine of Chaillot, Argenteuil or Suresnes had a very good reputation. Unlike those from Vitry, Montreuil, Vanves or Clamart, which the poor would buy in pots from the tavern keeper. If beer, cervoise enriched with hops, is already known in medieval Paris, it is consumed very little.

A short history of Parisian gastronomy between the 14th and 16th century.
Continue reading

Hearts of the royal family used in the painting of a painting in the Louvre
The first photo of a barricade
History of the Zouave of pont de l'Alma
Is Paris only matched by Rome?
All the "First times" in Paris
Saturday is Market Day