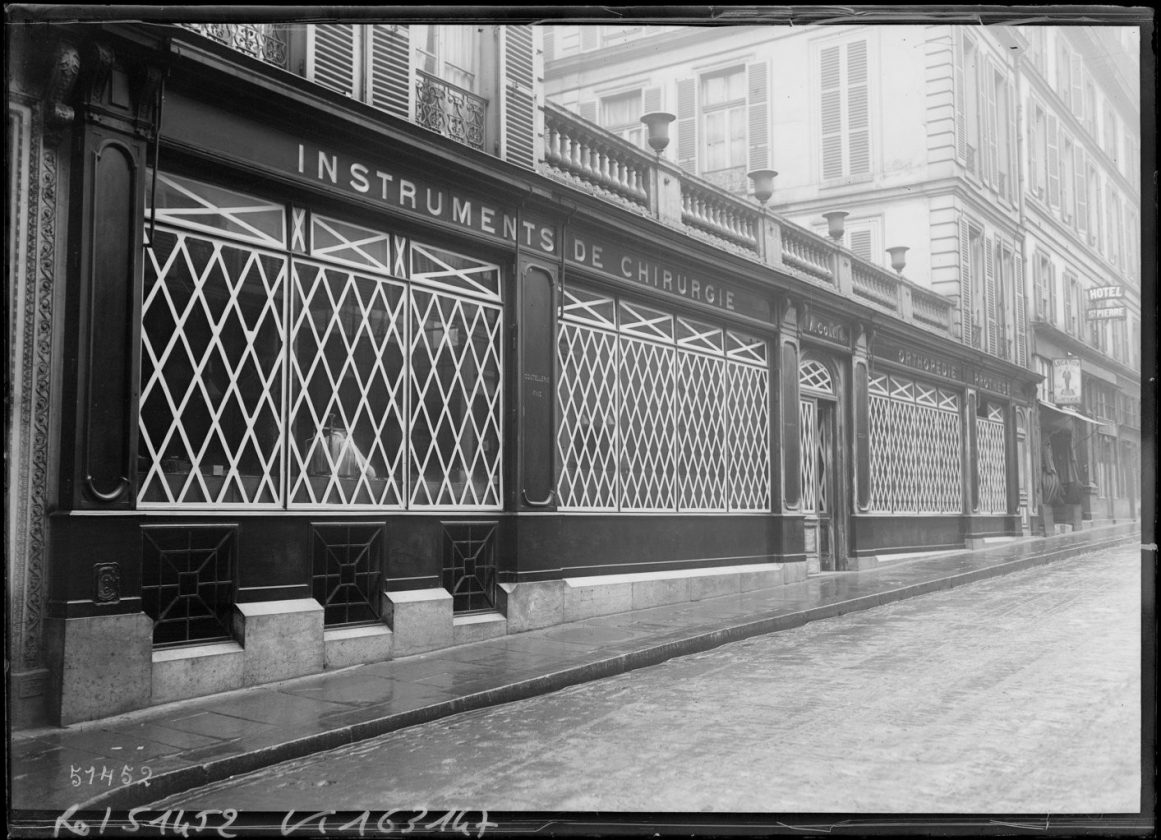 From the beginning of the First World War (1914-1918), Paris was under the bombs. In the fall of 1914 first, then in March 1915, especially, bombed overnight by Zeppelins. In 1918, German bombers made heavy damage, and the physiognomy of the city changed. From January 1918, it will be decided to protect the great monuments and major works and sculptures in the capital. 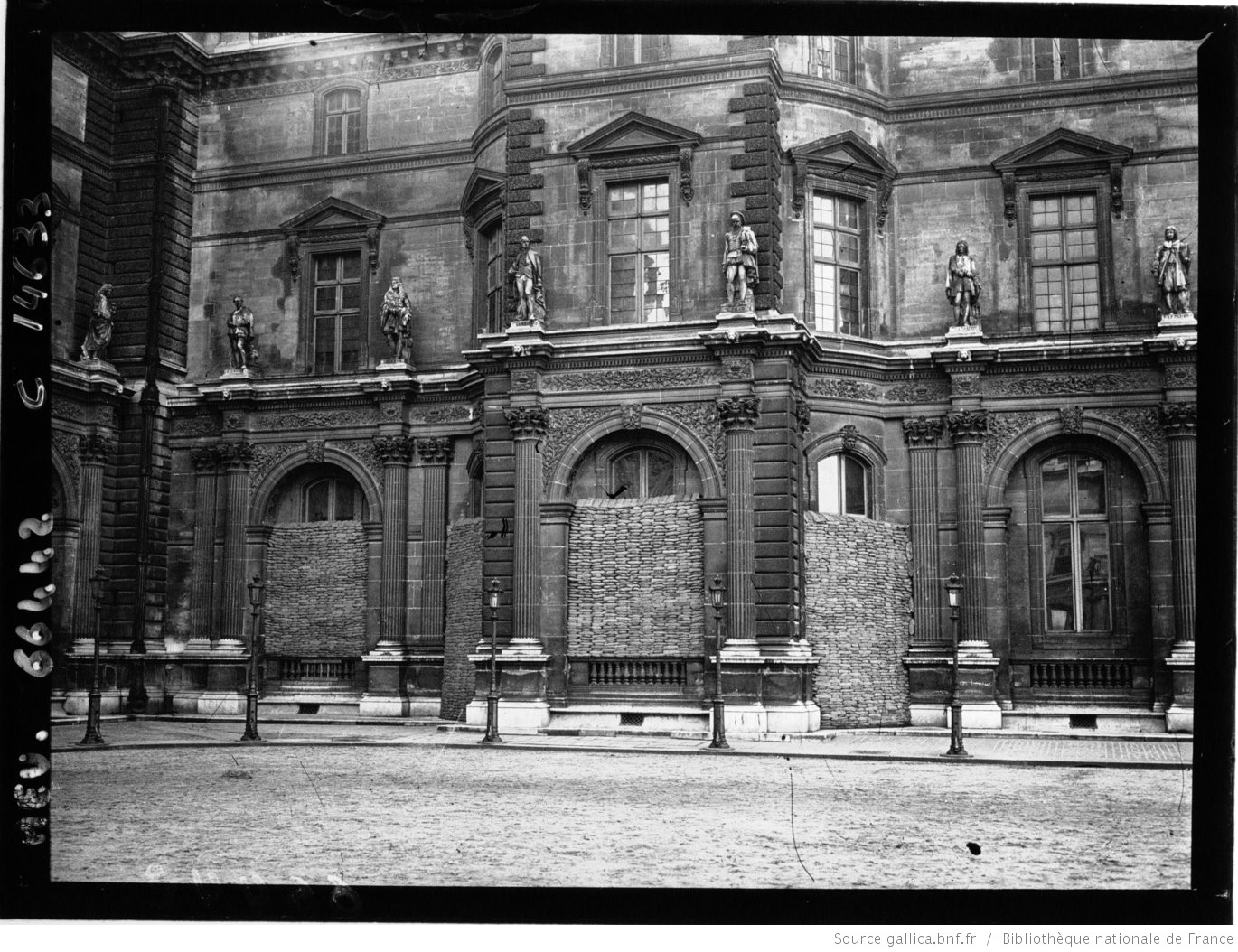 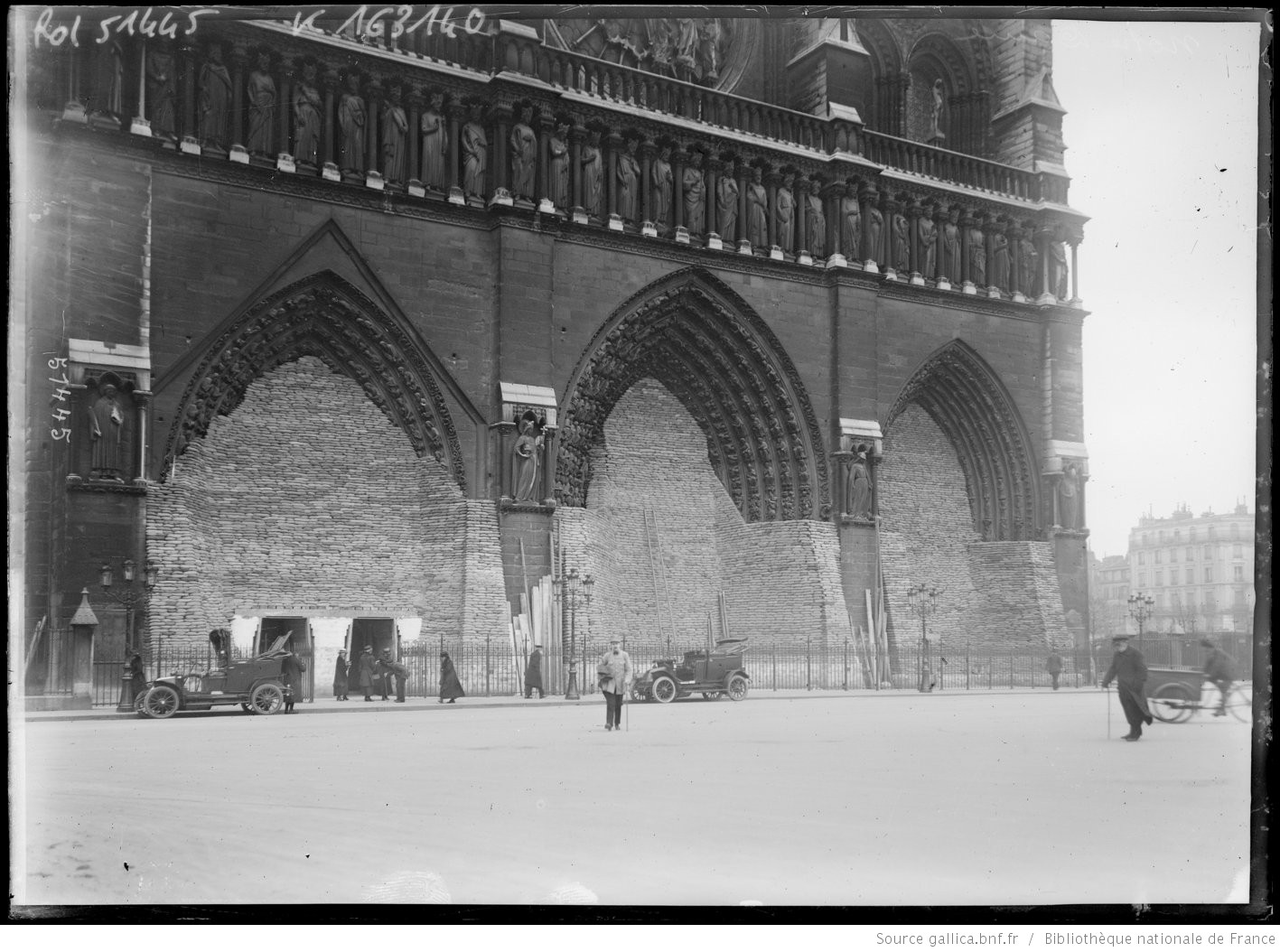 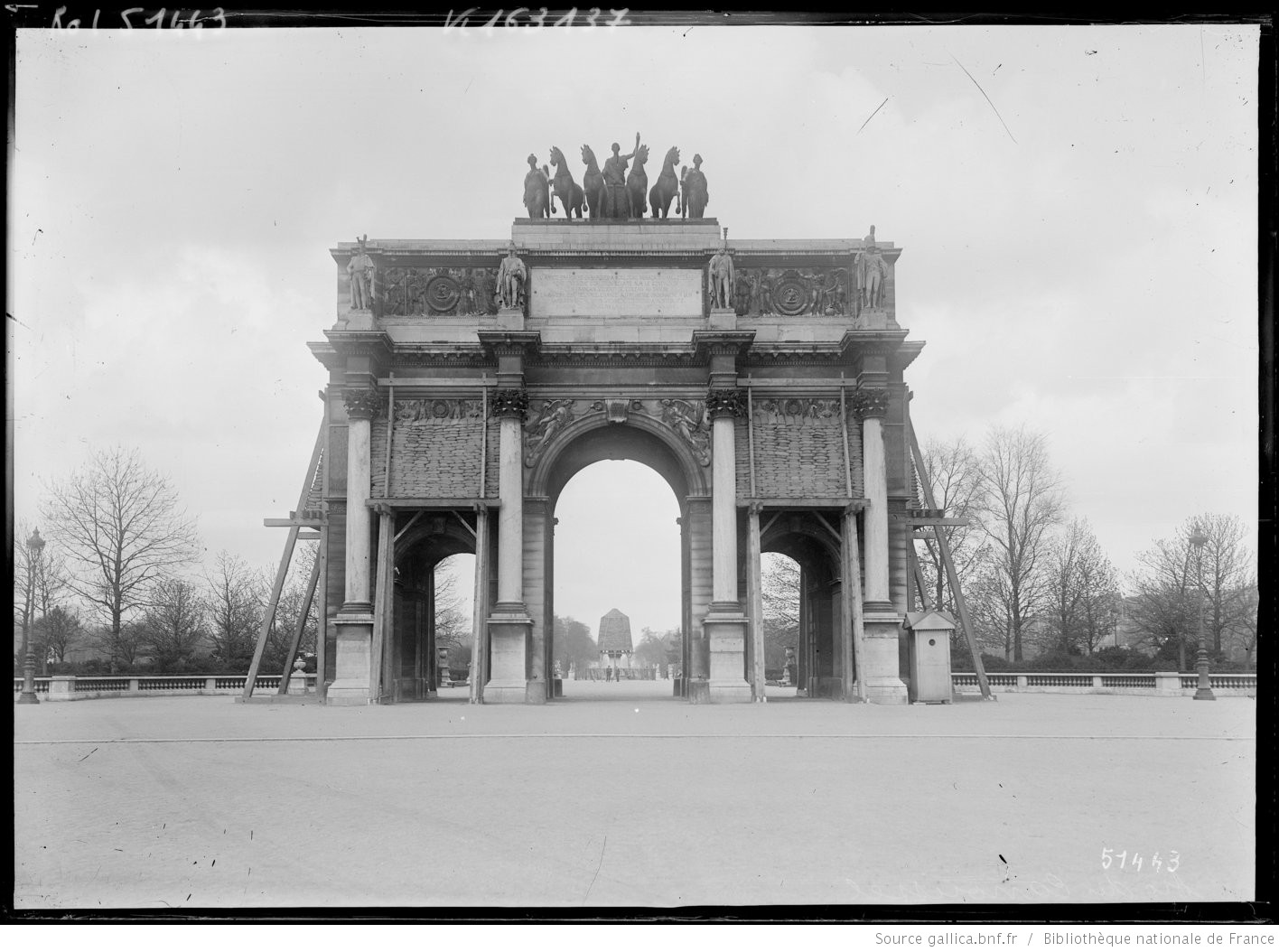 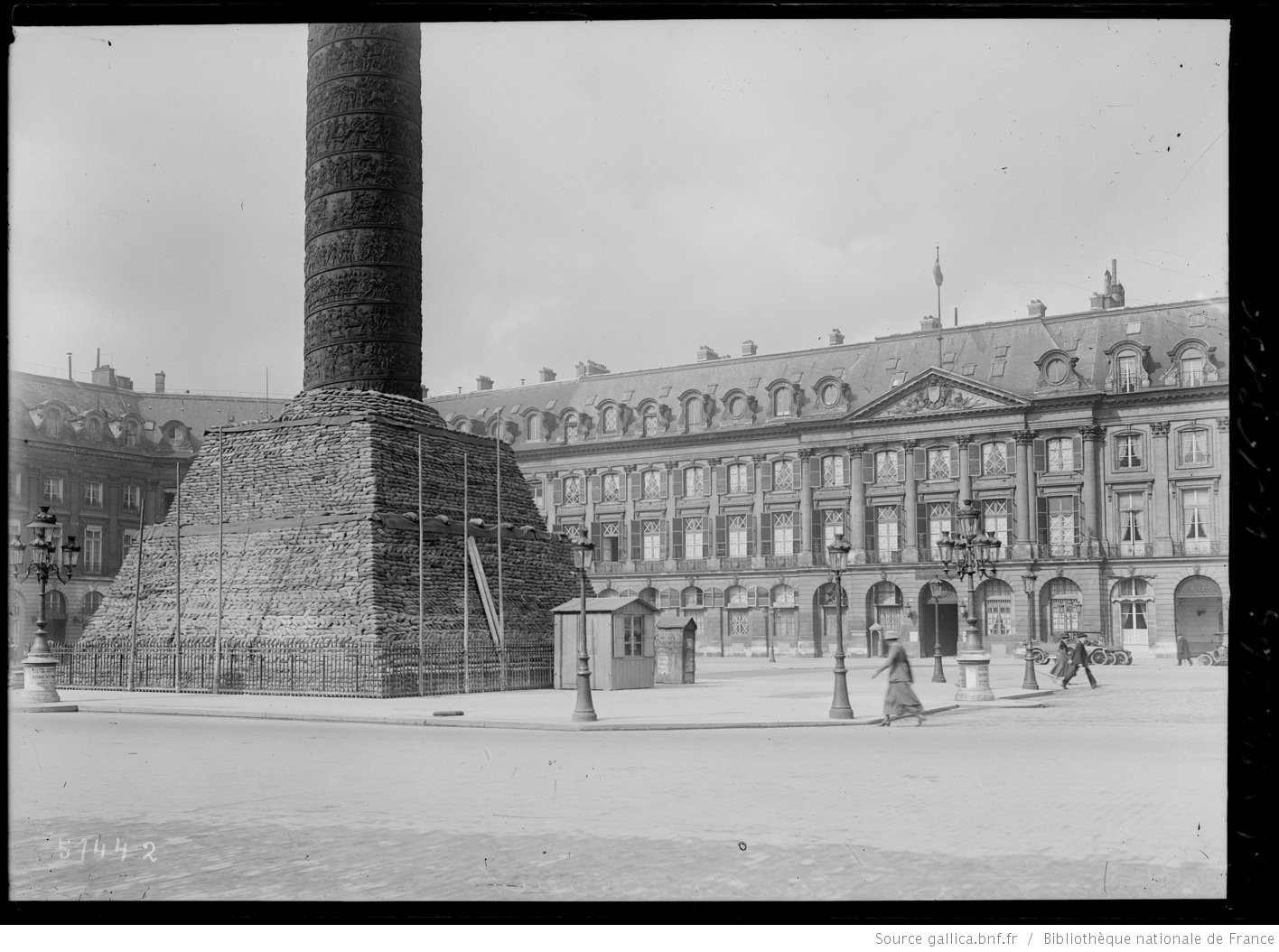 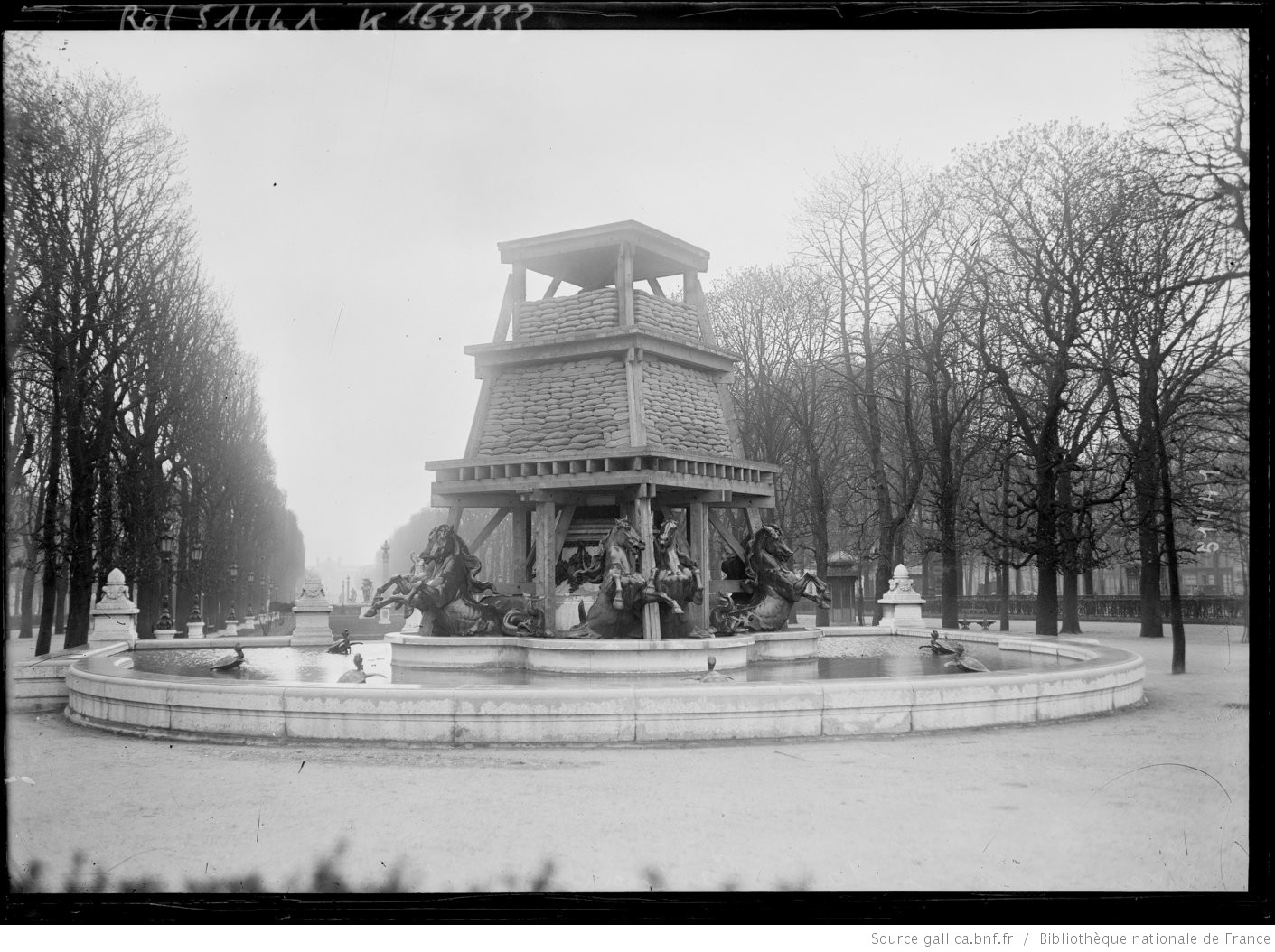 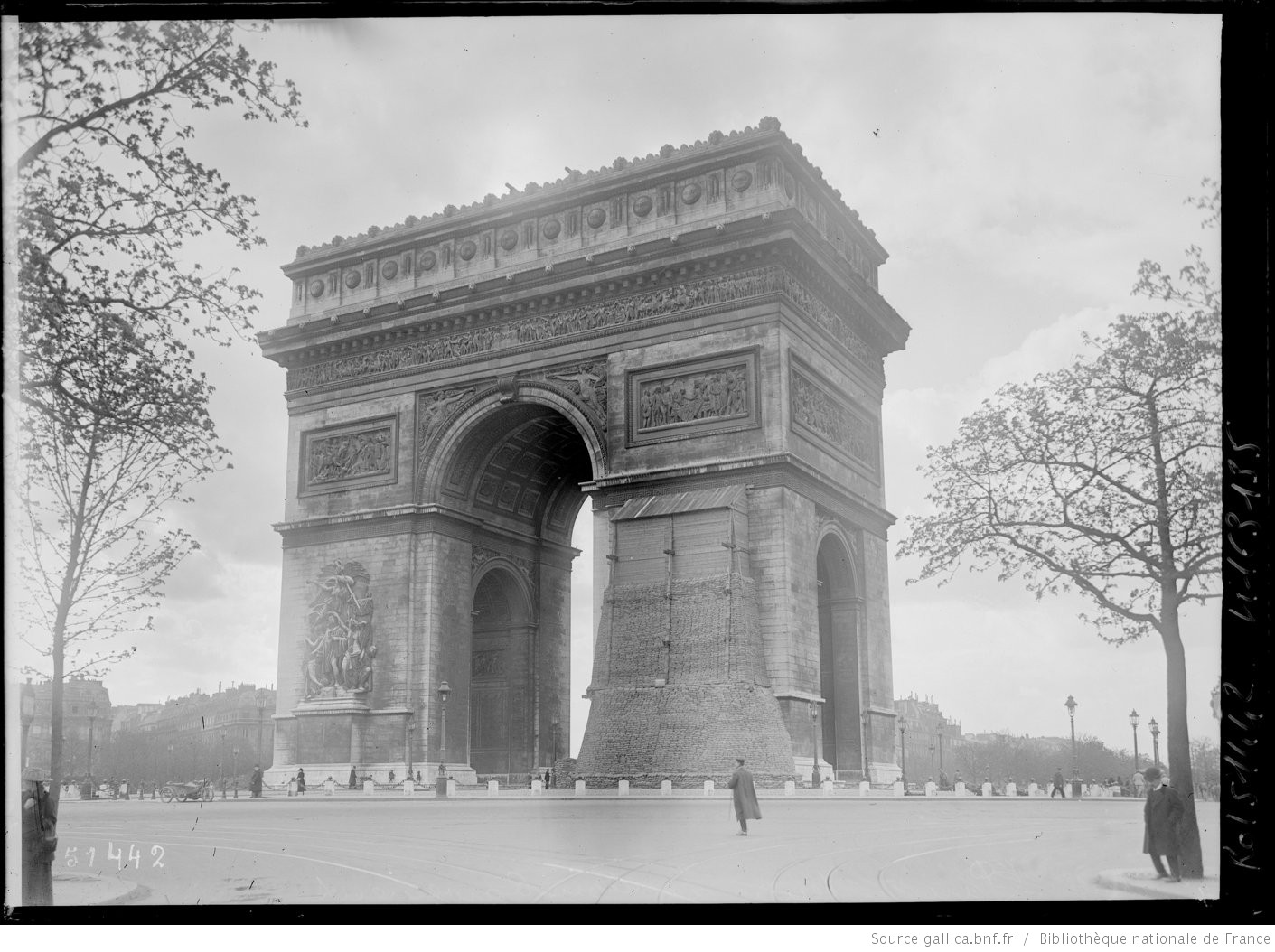 To avoid that explosions broke the windows of their shops, the shopkeepers also put from January 1918 strips of paper on their windows. Strips of thin paper (3 or 4 centimeters wide) sticked on the windows that were supposed to reduce the risk of breakage in case of explosions.

Useful or not, it will create a new graphic art in the streets of Paris. 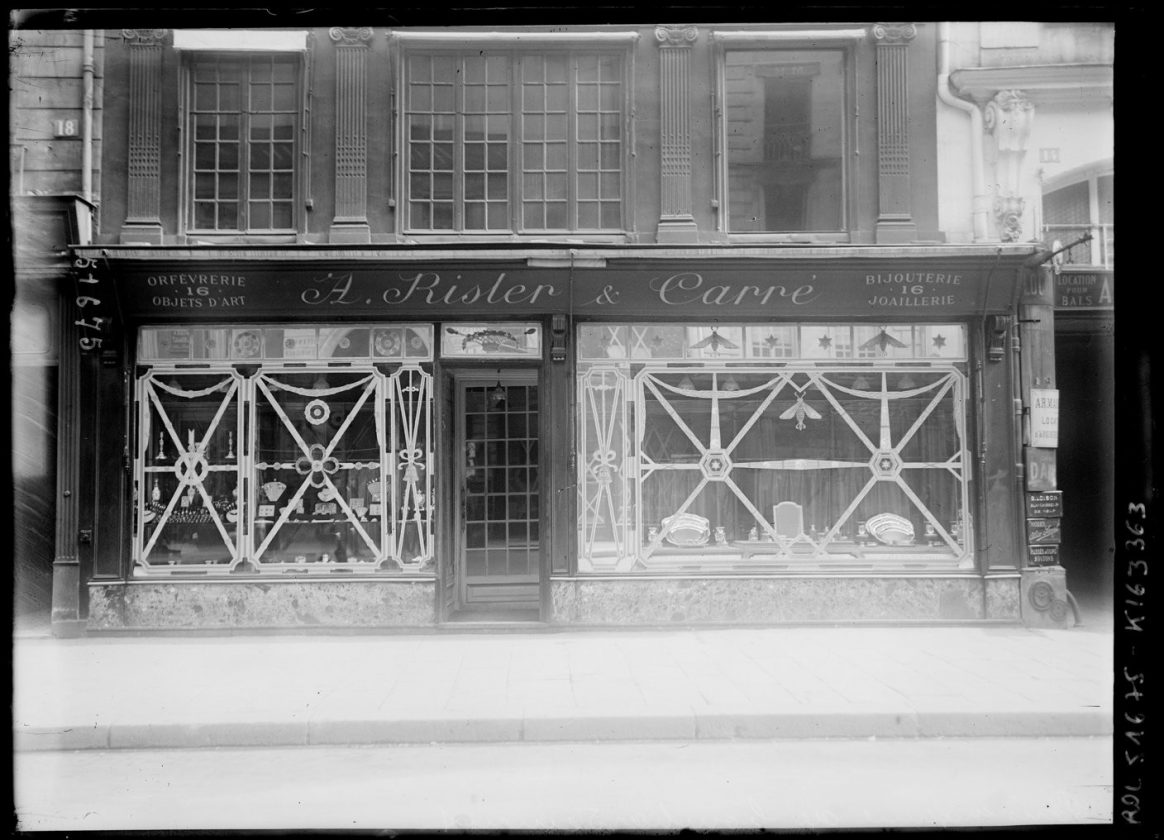 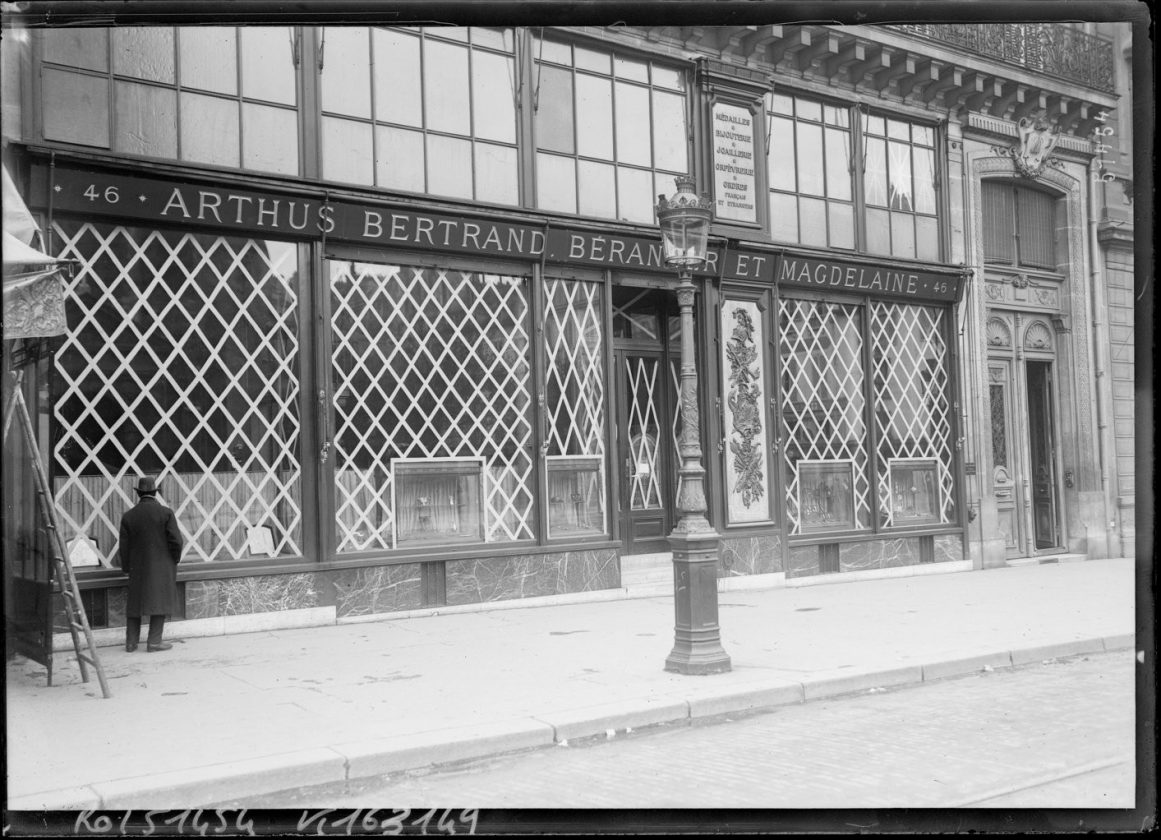 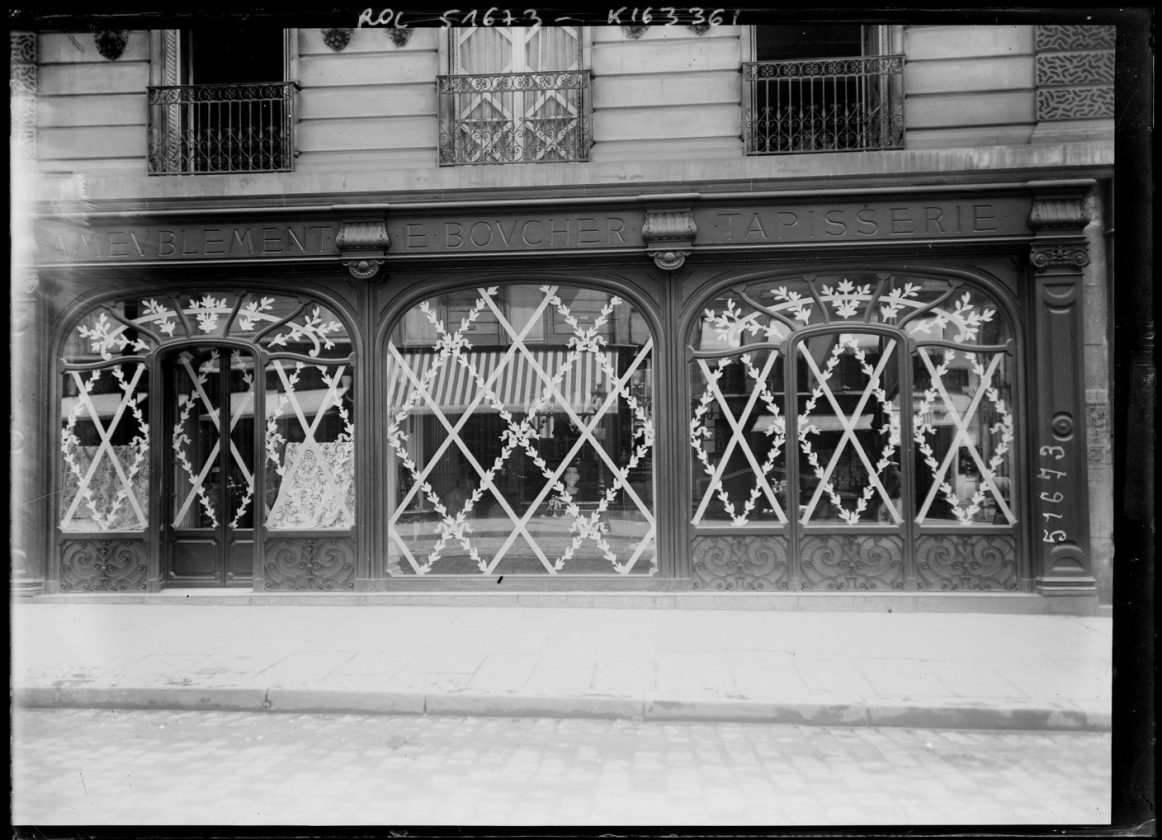 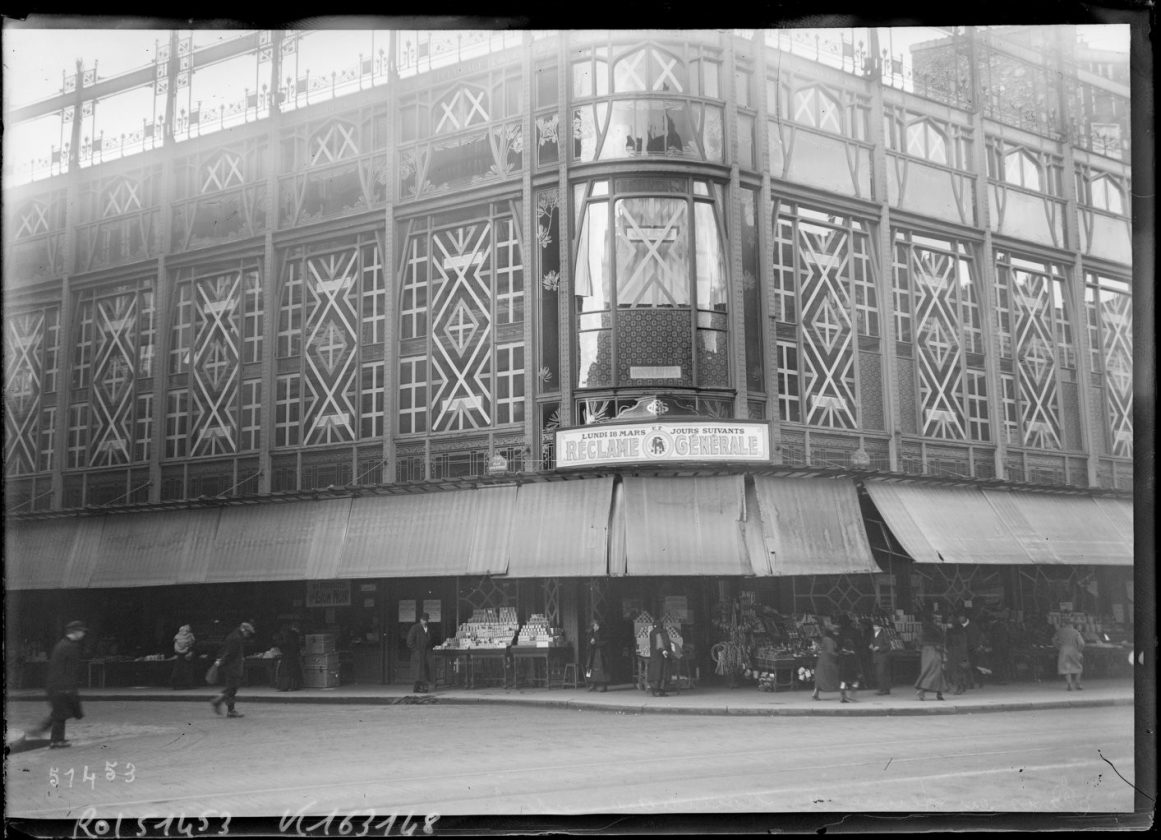 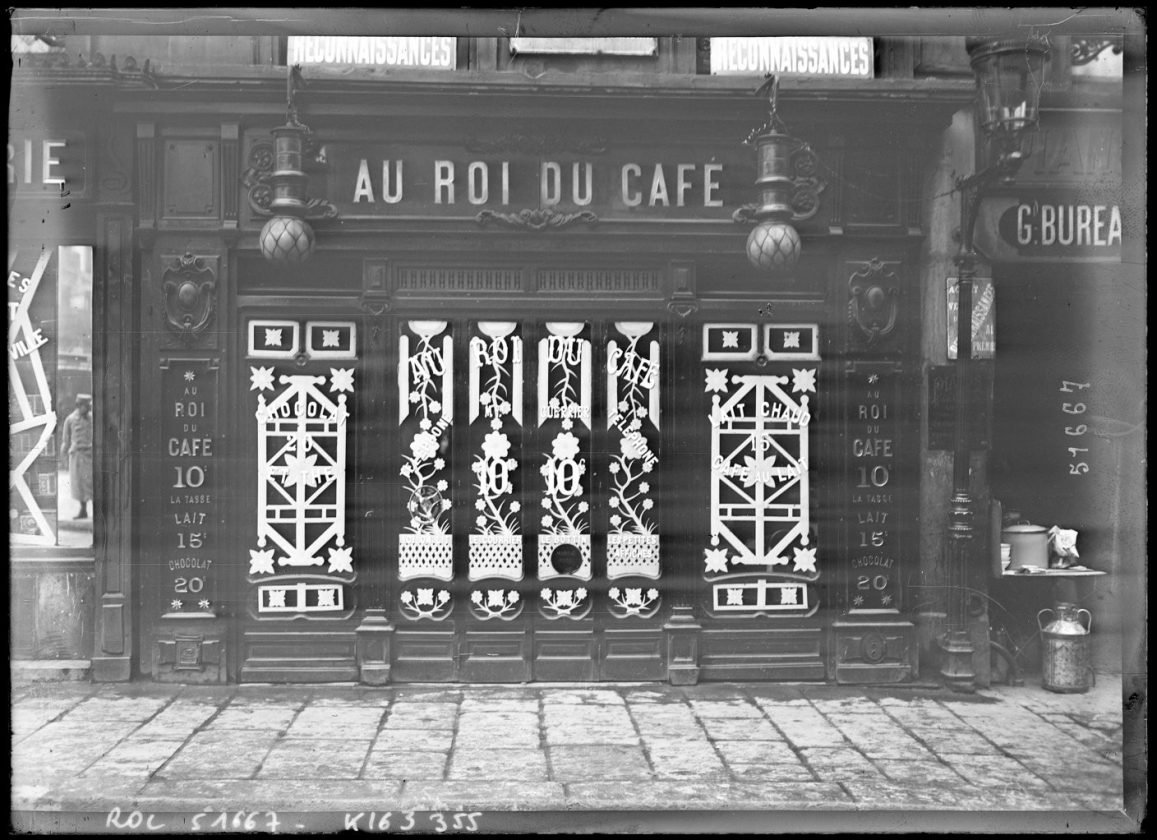 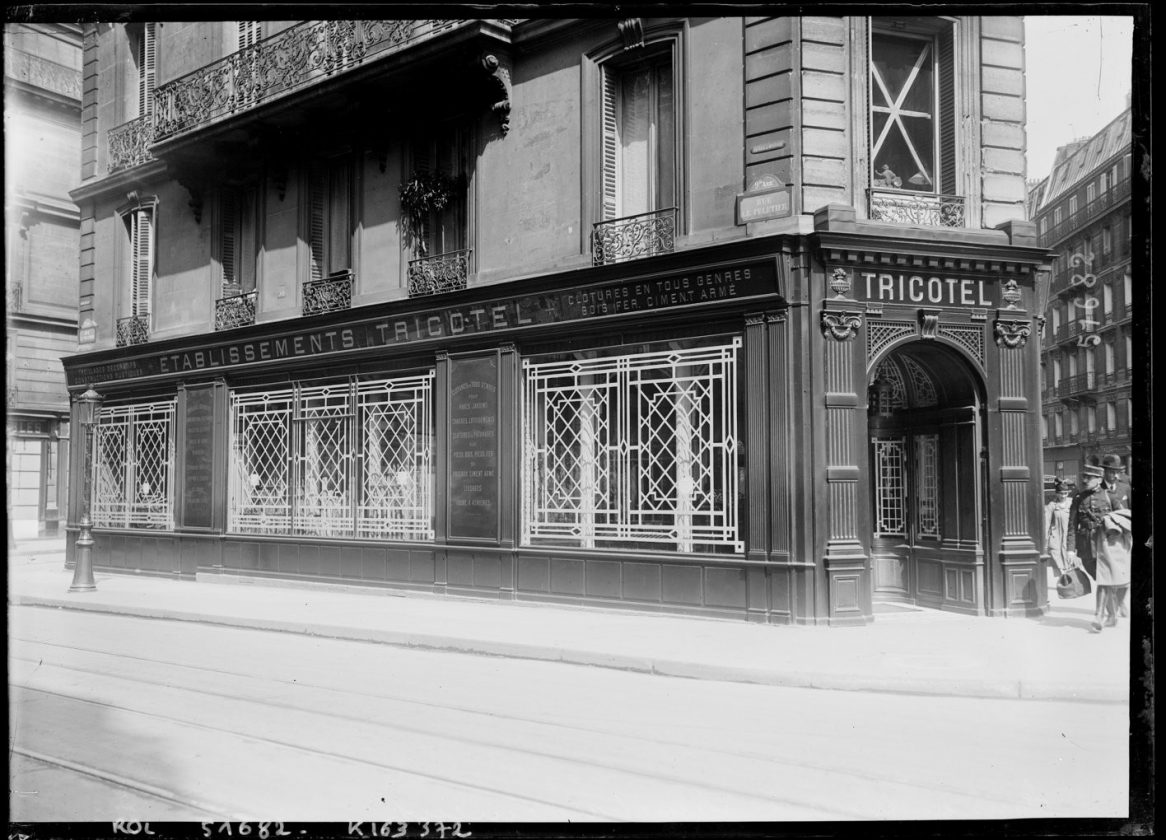 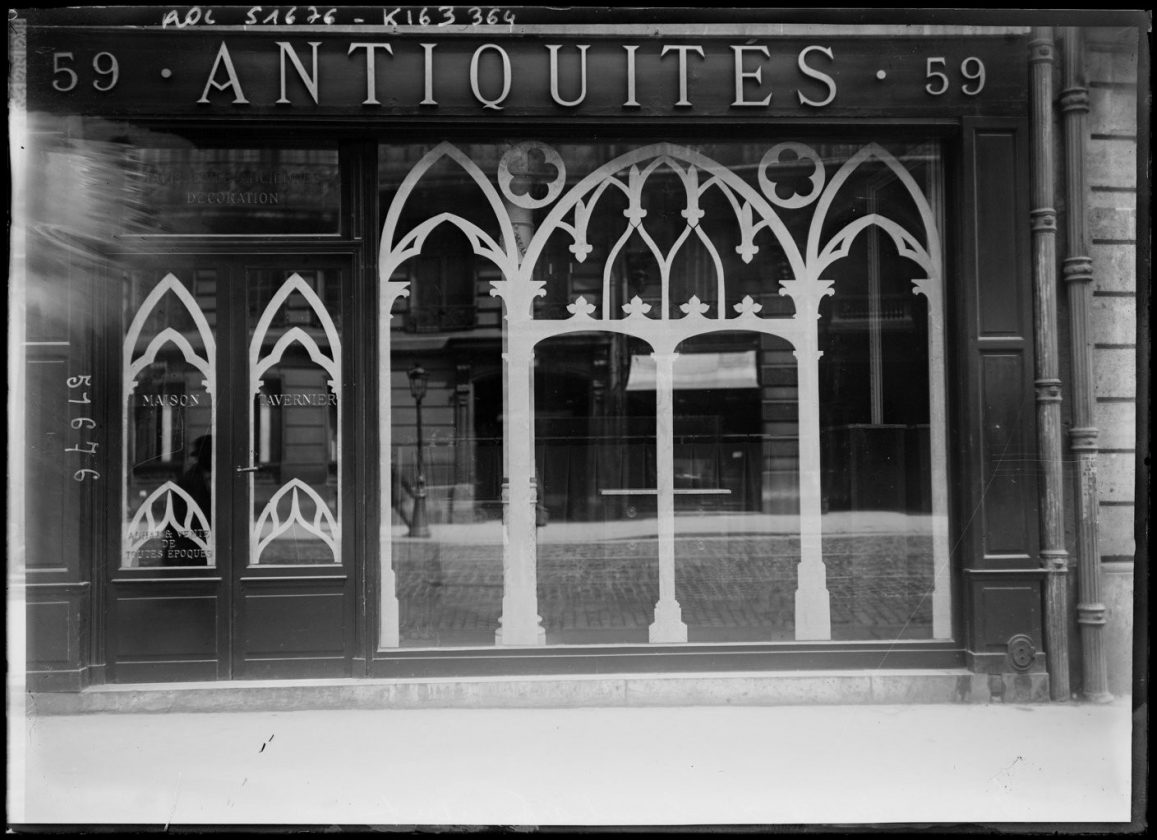 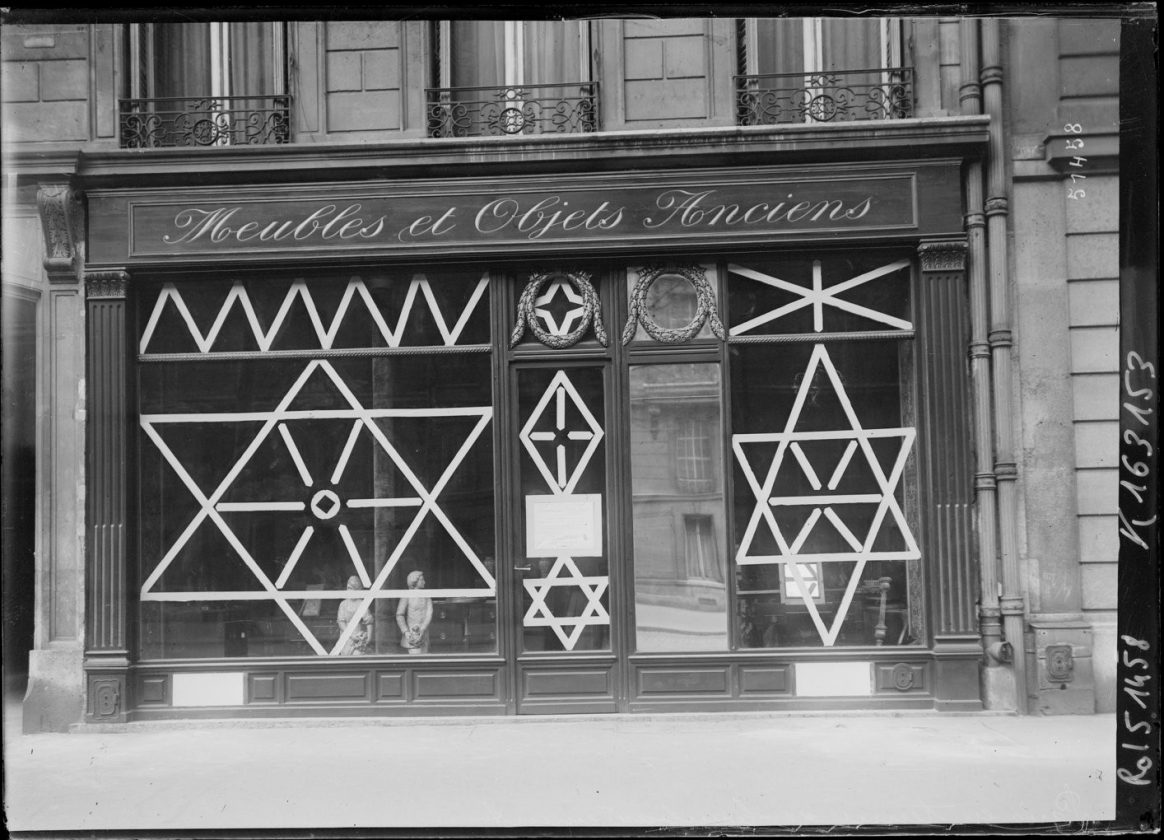 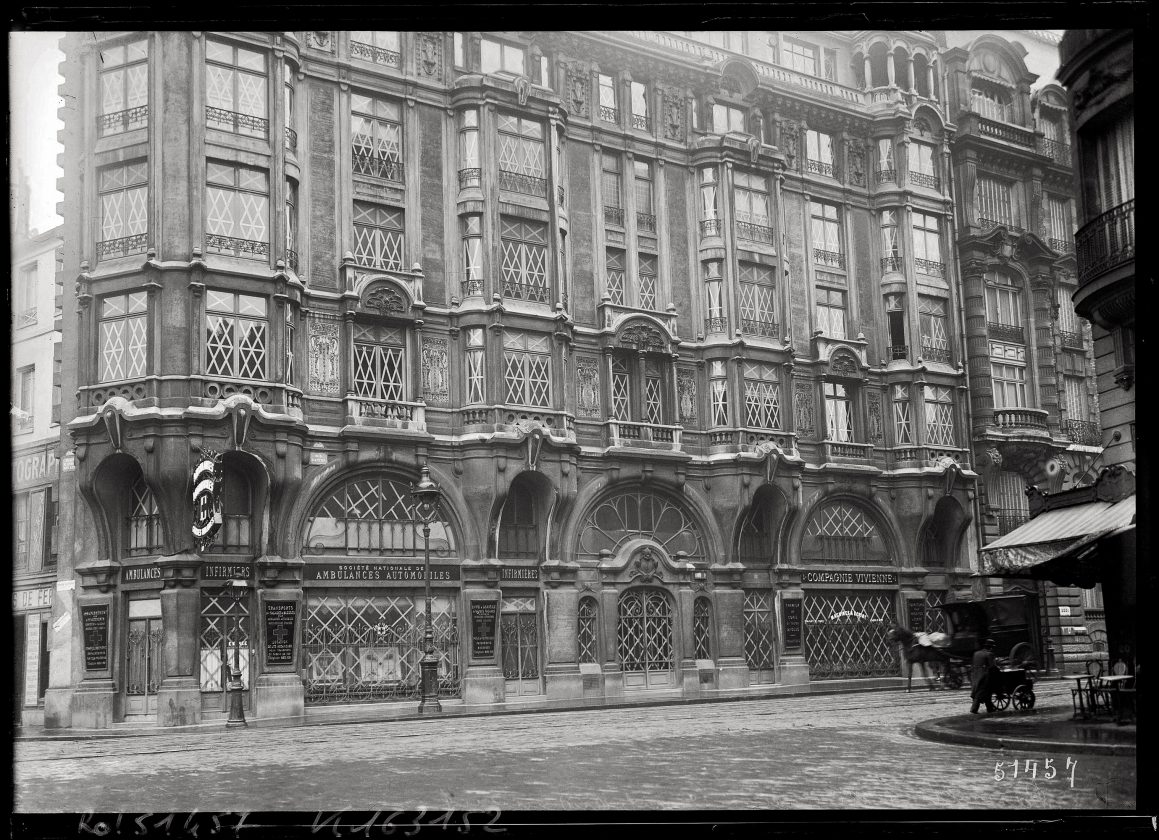 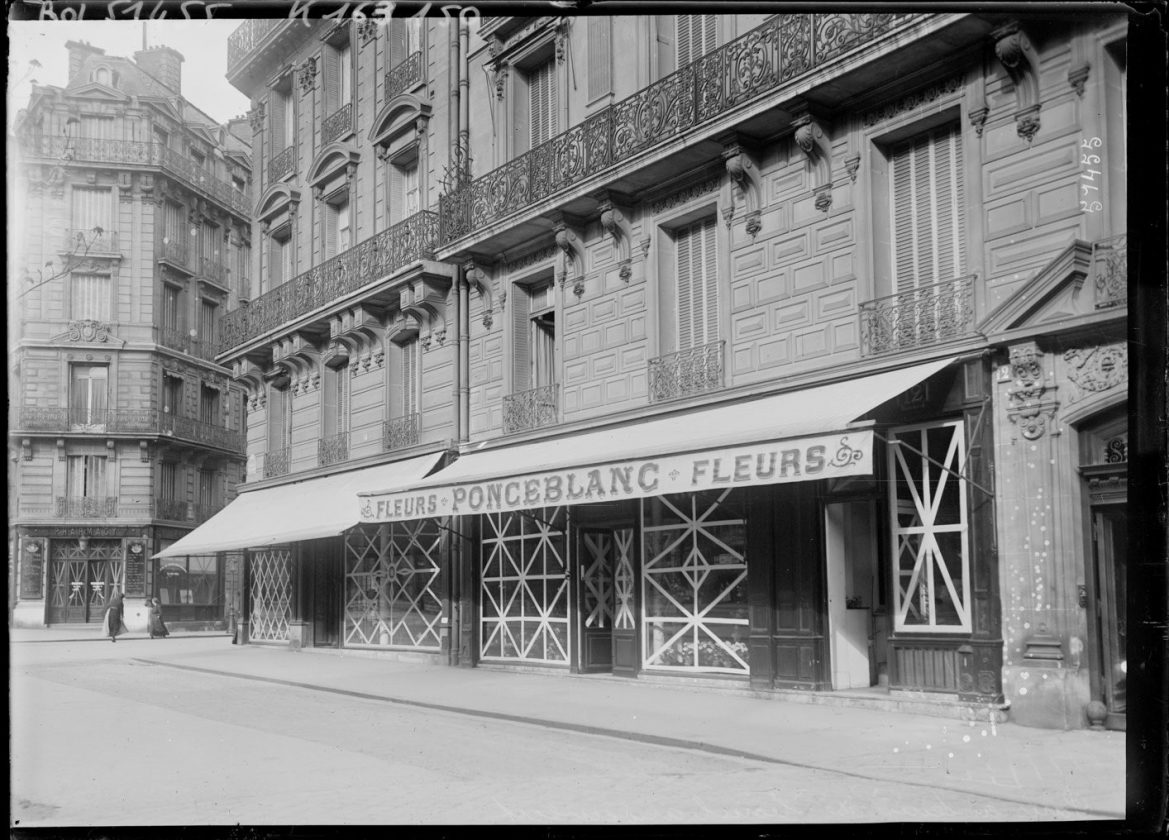 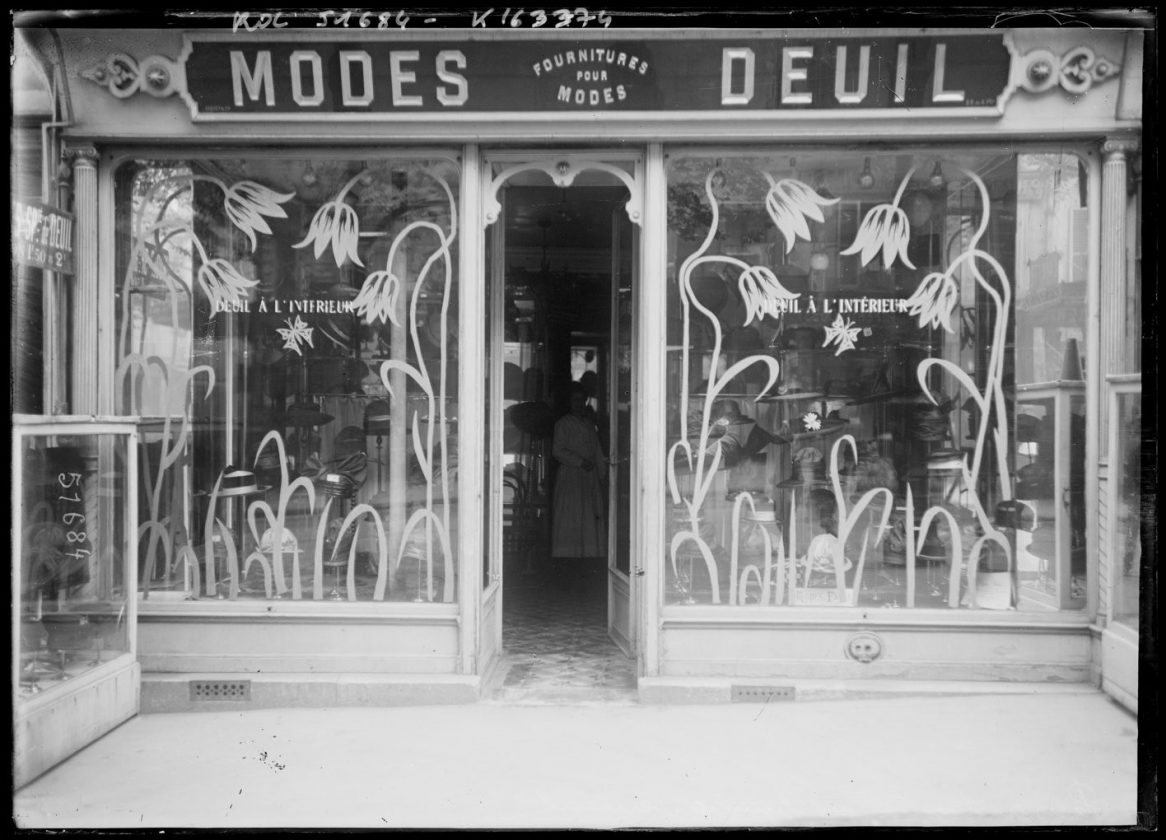 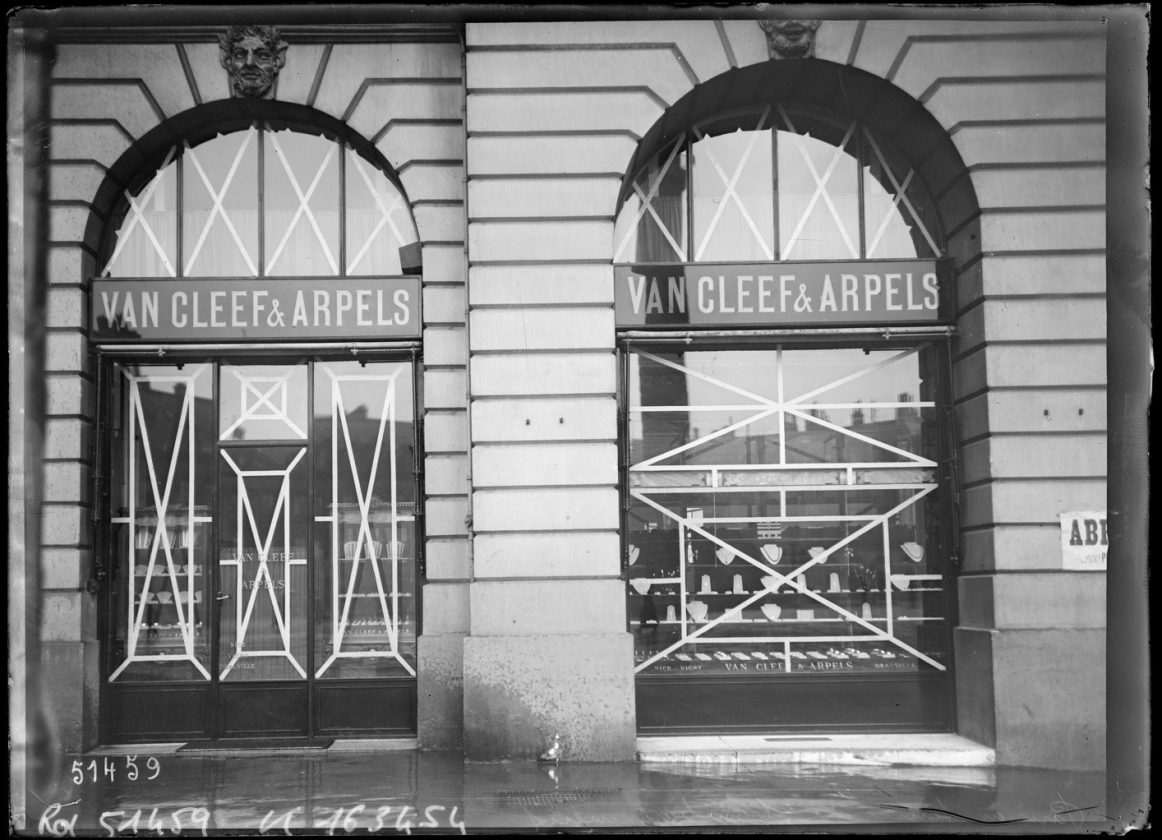 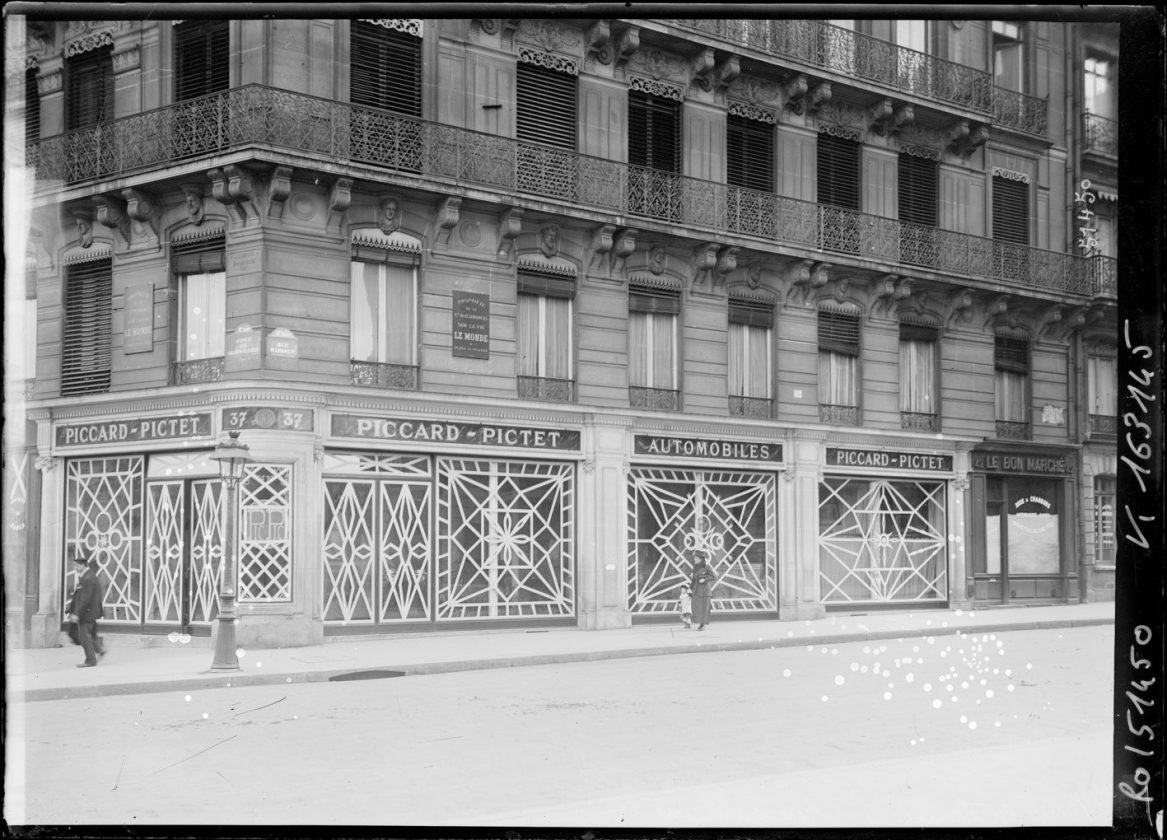