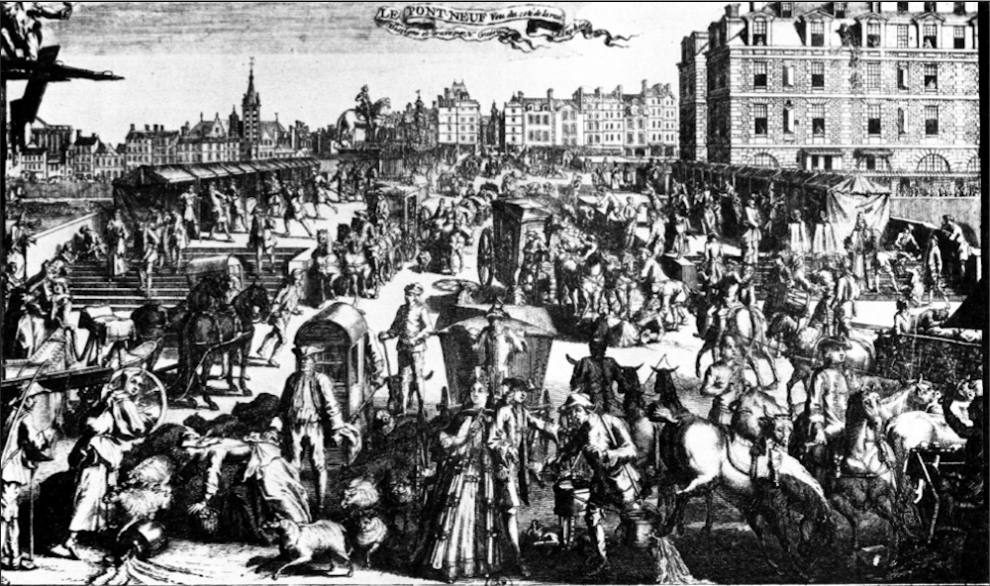 Completed at the beginning of the 17th century, the Pont-Neuf was the most extraordinary Parisian bridges. A “new” bridge because it was innovative, which would forever change the face of Paris. First bridge to connect the two shores of the capital, first also not to support housing, it became the beating heart of the city, its lung, its nerve center, where the population was concentrated around various activities. An exceptional setting where quacks reigned until the French Revolution.

The origins of quacks

Before heading out to meet them, let’s set the scene. The Pont-Neuf is therefore an open bridge, allowing for the first time in the history of Paris to cross from one bank to the other without having to cross the chaotic Île de la Cité. On the edge of the bridge, which then becomes the most frequented artery in Paris, sit on stage comedians, buffoons, jugglers. The best way to sell its remedies is indeed to attract the attention of the walker. Behind the acrobat hides the shopkeeper.

Going from public places to fairs, this one, if he wants to succeed in selling his ointments, health essences, and other almanacs, must be inventive. And on the Pont-Neuf more than elsewhere, everything is sold and bought in a fairground atmosphere. Even teeth that have to be pulled out.

Since the 13th century, the Church had in fact prohibited priests from performing any act of surgery. This ban on a practice previously exercised mainly by members of the clergy relegated dentistry to a lower rank. If the doctors, who were above all scientists educated at the University, remained the privilege of a rich and bourgeois clientele, the dentist (and the surgeon in general) was therefore a quack, that is to say a ambulant salesman who offered his services. In other words, anyone could be a dentist.

But very little knowledge of anesthesia at the time, and odontology in general. And toothache is one of the most common diseases among the common people. To make people forget the appalling pain, it was therefore necessary to compete in ingenuity. This is where our charlatans from Pont-Neuf come into play.

The best known of all was called Grand-Thomas. Installed in a chariot near the equestrian statue of Henri IV, he has remained as the most impertinent, the most mocking of the charlatans of Paris. To onlookers who laughed at his promises of painless acts, he replied: “You are laughing poor people! You don’t know it takes five minutes to make a fool like you while it takes twenty years to make a charlatan like me! ”

Admired by Parisians, jealous of doctors and sung by poets, we do not know if it is his voice, which could be heard on both sides of the Seine, which anesthetized his patients, or the toothpaste he offered on sale. Still, he was the most popular of the Pont-Neuf tooth pullers, which he sometimes removed with his bare hands.

In 1729, at the birth of Louis XV’s son, he announced that he would pull out teeth for free for 15 days to celebrate the event. After which he went to pay homage to the royal couple on a horse lavishly adorned with teeth strung together.

But the merchants most sought after by walkers of the Pont-Neuf were the sellers of Orvietan, a very famous medicine in the 17th century which came from Italy, and owed its success as much to its foreign origin as to its composition, as the sellers kept secret. In France, it would have been introduced for the first time by an Italian, Hieronymo Ferranti, at the beginning of the 17th century on the … Pont-Neuf!

Remedy for poisons, bites of snakes and rabid animals, or even the plague! , it enjoyed great success for nearly a century. 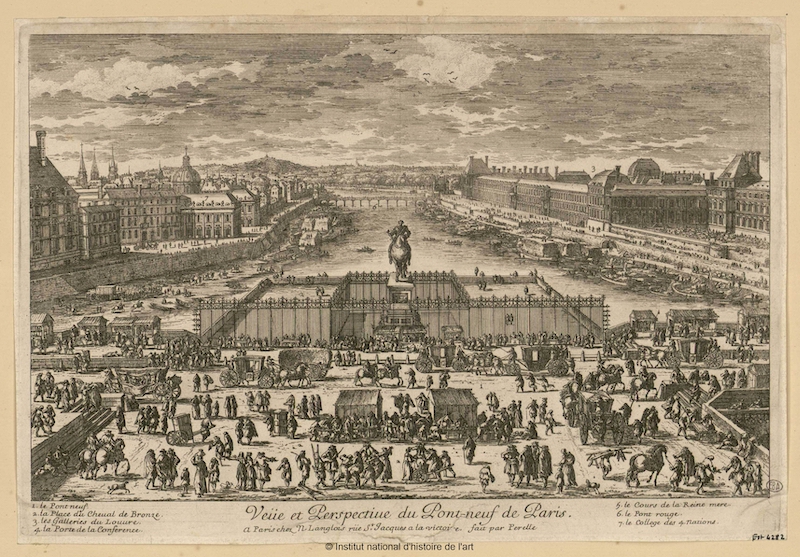 Finally, to close this inventory – which seems endless when you dig it – let us quote Jean Brioché. A tooth puller from Pont-Neuf in his own life, he attracted his customers thanks to surprising puppet shows, notably featuring the famous Polichinelle, which he would have been the first to present to the French public. Invited by Louis XIV to play in Saint-Germain-en-Laye in 1669, several generations of puppeteers succeeded him.

Who, despite the success, will all continue to pull teeth on the Pont-Neuf.

A little history of the Pont-Neuf, which was for many centuries the busiest artery in Paris, where mountebanks and tooth-pullers met.
Continue reading

The Chevalier de la Barre, last executed for blasphemy
The crazy tale of the colonne Vendôme
Why rue de Rennes begins by number 41 ?
All the "First times" in Paris
1910 great flood of Paris
26 vintage Photos of Paris