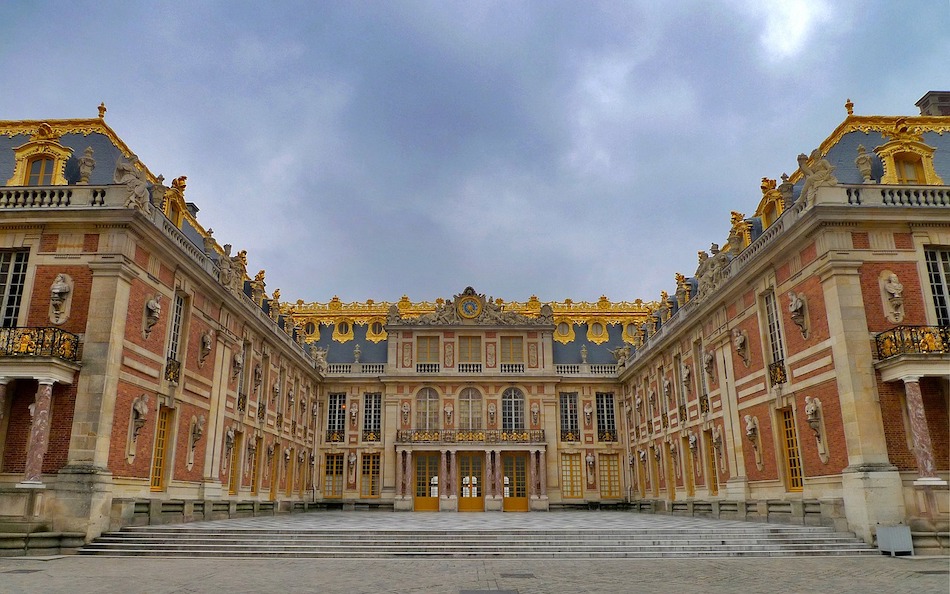 Architectural wonder classified world heritage of humanity, the Palace of Versailles is much more than a simple monument. Symbol of the artistic influence of France in the 17th century, official residence of the royal power and high place of the French Revolution, the visit of the Palace of Versailles allows you to (re) visit the history of France while taking advantage of a ‘exception. A must for cultural activities in Paris.

The most exceptional pieces, such as the Hall of Mirrors, the King’s Chamber, the Grand Apartments or the Royal Chapel, are accessible to the public.

The visit begins with a history of the castle, from the hunting lodge turned into a sumptuous palace until its conversion after the Revolution. A course that provides an interesting insight into the gigantic works and their evolution throughout history.

On the first floor, you will cross the apartments of the king, divided into salons represented by deities, symbols of the splendor of Louis XIV. Then you will discover the Hall of Mirrors, a jewel of 73 meters long linking the King’s and Queen’s Apartments. Do not forget to enjoy the breathtaking view of the gardens and the perspective created by the gardener André Le Nôtre. 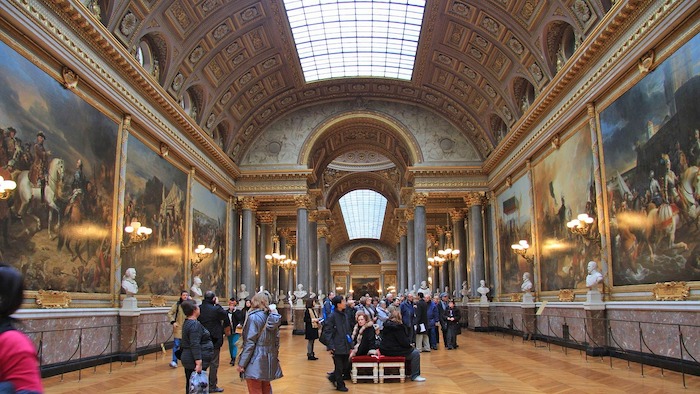 Your visit will end with the Galerie des Batailles, created in 1833 by King Louis-Philippe when he decided to turn the castle into a museum of French history. 33 battles that have marked the national history are represented, since the victory of Clovis with Tolbiac until that of Napoleon with Wagram, in 1809.

43 kilometers of paths allow to stroll the gigantic domain of the Palace, where ponds, flowerbeds and groves intertwine with perfect harmony. The mythology, already very present inside the Castle, is still widely used there, like the famous basin of Apollo. A nature you can enjoy in total freedom. 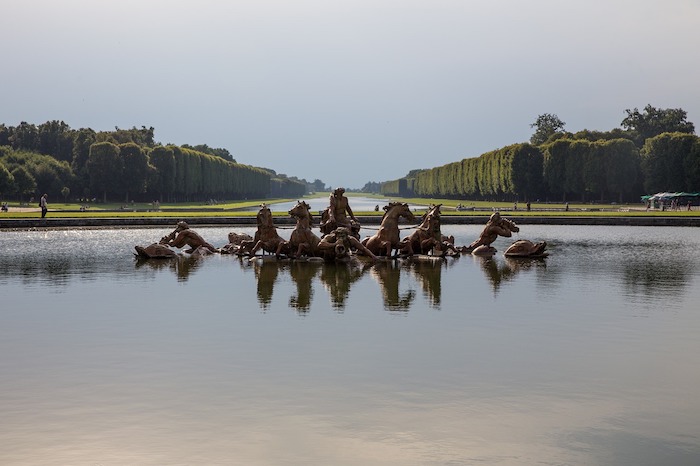 The Estate of Trianon

Beyond the gardens extend the Estate of Trianon and the Domaine of Marie Antoinette, created by the Queen to escape the Court of Versailles. The whole can take a half-day for a complete visit, or can be visit separately as a complement of visit to the Palace.

While the Petit Trianon and its park are linked to the memory of Queen Marie Antoinette, the Grand Trianon was the second residence of Louis XIV, inhabited by monarchs until the 19th century. A palace whose furniture is today a sumptuous testimony of the First Empire era.

Dependence of the Petit Trianon, the Hameau de la Reine was commissioned in 1782 by Queen Marie-Antoinette who wanted to move away from the constraints of the court, and forget the heaviness of its function in a natural and rustic setting made of thatched cottages , farms, mill and small houses. A place apart.