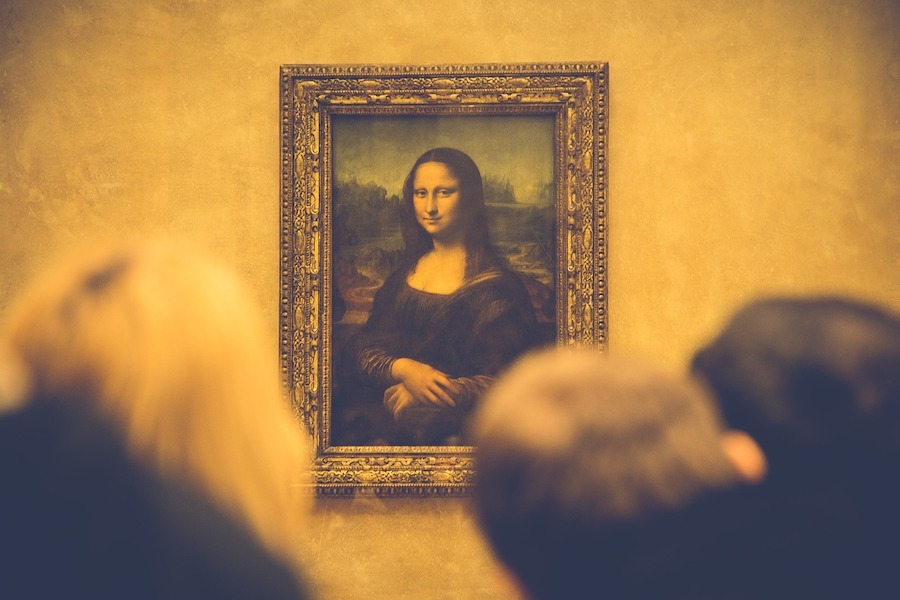 Being one of the most famous paintings in the world is not without danger. Subject of all attention since its creation at the beginning of the 16th century, the Mona Lisa has known a tumultuous life, made of travels, theft, and lusts. But isn’t it what contributes to the success of a masterpiece ?

Made by Leonardo da Vinci, the most famous painter of his time, around 1503, the painting was commissioned by a rich Italian merchant, Francesco del Giocondo, who wanted to place a portrait of his wife, Lisa, in their new home. But doubt remains today on this origin…

The painting was probably incomplete when Leonardo da Vinci left Florence for Milan in 1506, then, invited by François I ten years later, he took the work with him to France. Like its identity, the story of the Mona Lisa and its journey to Paris remains obscure. It is not known if Francesco del Giocondo once had the pleasure of seeing the portrait, nor how it has entered the royal collection.

When the French Revolution created the Louvre Museum, the painting, hanging on Versailles, was not retained to be presented to the shown. It entered the museum in 1798 . In 1801, the Mona Lisa made a brief stay at the Tuileries in the apartments of Josephine de Beauharnais, before returning to the museum. But the story does not end there !

The theft of the Mona Lisa

After a century of relative tranquility, the Mona Lisa was stolen on August 21, 1911.

Hanged in the Salon Carré du Louvre, it already knew a certain success, protected by a glass.

That day, Vincenzo Perrugia, an Italian glazier, slipped around 7am in the Salon Carré after spending the night in a broom closet. He unhooked the Mona Lisa, dismounted the frame, then hided the work under his clothes before leaving the museum quietly. Familiar manipulations, since he was the man who had placed the work under a glass a few years earlier!

The scandal erupts, and the director of the Louvre was forced to resign. The crowd rushes to see the empty space, and the accusations abound. 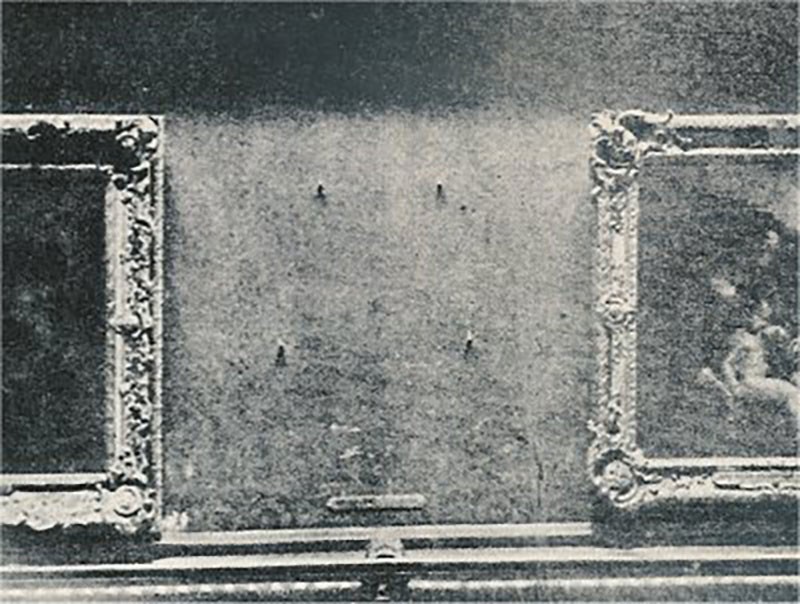 While the French believed the work definitely lost, this one was only a few kilometers from the Louvre, hidden under the thief’s bed, in an apartment in the rue de l’Hôpital Saint-Louis, in the 10th arrondissement. It stayed there for 2 years, until Perrugia decided to return to Florence and tried to sell the work to an art dealer, which denounced him.

During his trial, he claimed to have acted out of patriotism, thinking that the painting had been stolen during the Napoleonic wars.

During the two world wars, the Mona Lisa was evacuated for fear of bombing. Between September 27, 1938 and June 17, 1945, it traveled ten times, hidden in a box identified by the number “MNLP No. 0”, for “National Museum of the Louvre Paintings No. 0”.

Chambord, Louvigny, abbey de Loc-Dieu, castle of Montal… The Mona Lisa moved at the mercy of military defeats, invasions and occupations, finding again its place in the Louvre on June 15, 1945.

Being the most famous painting in the world is not so easy!

The funny detail of the monument to La Fayette
Discovering the royal emblems of the Cour Carrée du Louvre
The Colonnade of the Louvre, masterpiece of Louis XIV
Church of Saint-Germain-l'Auxerrois and the 1st arrondissement Town Hall, twins that are six centuries apart<--:-->
L'origine des noms des plus célèbres monuments de Paris
6 facts you didm't know about Paris bridges
Ancient Statues in royal squares
Masterpieces not to be missed in Paris