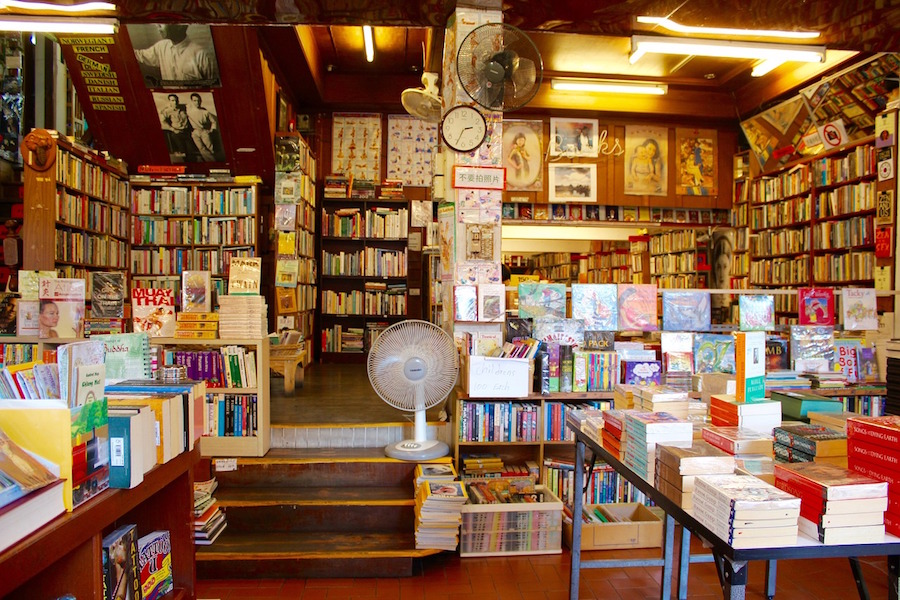 The real worship founded around this beautiful English bookstore is probably due to Hemingway’s passion for this place where he used to go as often as possible (you’ll find plenty of allusion in “A moveable feast”). Situated between the Latin Quarter and Ile de la Cité, Shakespeare & Co is a lovely Parisian bookstore which smells the good paper and the language of … Shakespeare.

A bookshop which is described by itself as being focused “more than ever to serve demanding customers [and] the readers the most curious and the most cultivated of Paris.”

An upmarket establishment that is obviously one of the big English speaking references of Paris. Its plus: in addition to the beautiful canopy inside the store, to be “the first English bookshop, established on the continent”…

WHSmith is the largest English bookshop in Paris, and probably the largest selection of English books in the capital. The bookstore also distinguishes itself by selling DVDs and by a big department dedicated to press. In the cozy atmosphere of the rue de Rivoli, this bookshop, although somewhat impersonal, is a classic for all English speaking in Paris.

Hidden few streets behind the famous Shakespeare & Co, The Abbey Bookshop (Canadian bookstore) is the kind of bookshop  fans of paper will be crazy about. The place is narrow and the shelves are full of books that also extend onto the sidewalk. In addition to English books, you can find German or Dutch literature, as well as used books.

A short walk from Beaubourg, this bookshop is a Mecca for German speaking. In addition to the traditional methods of language and other literary classics, you will find enough to satisfy everyone: literature of all countries and all continents, beautiful books, calendars, specialized literature…

Methods, dictionaries, multimedia, literature, history, philosophy … This bookstore of 200m² situated Boulevard Sebastopol since 1965 is a real cultural center of Chinese and Asiatic world as well as a multilingual reference (books in French, English and Chinese).

Open monday to saturday from 10 am to 7 pm

Few steps from the Panthéon, you will find in the “librairie Portugaise et Brésilienne” a very rich collection of books in French and Portuguese, methods books, but also meetings and debates organized by the bookshop. A reference place for Brazilian and Portuguese culture lovers.

Stories and anecdotes from the Musée d'Orsay
July 28 : Liberty Leading the People
Is Paris only matched by Rome?
The cruel (and unsuspected) past of the charming Place de l'Estrapade
Art gallery in Paris
La Cité Internationale Universitaire de Paris