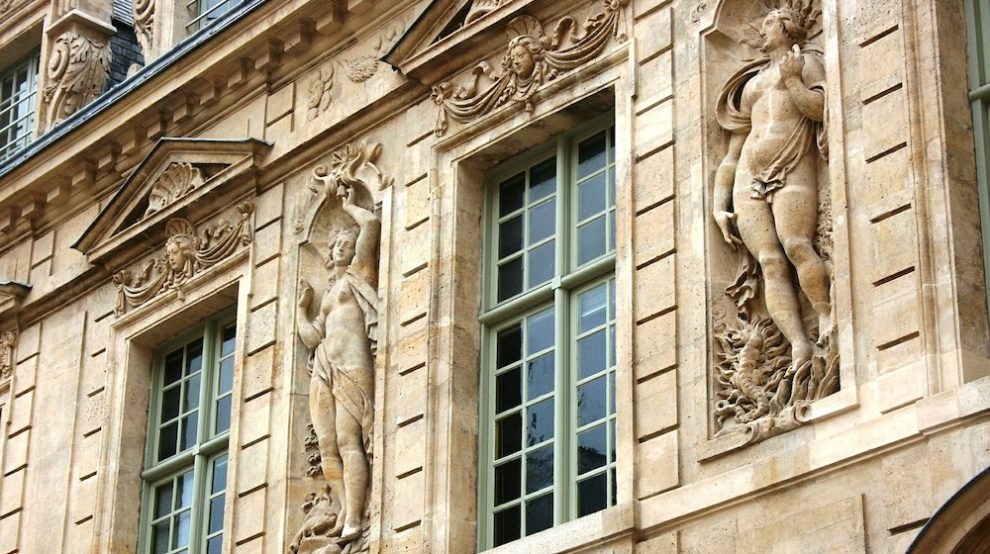 Natural philosophy born from Antiquity, the four elements were considered to be the materials at the origin of life. Despite the evolution of scientific knowledge, European civilizations have remained very attached to this symbolism throughout history, and have widely used it in various artistic fields, in particular architecture.

One of the finest examples in Paris is inside the Hôtel de Sully, in the Marais. Magnificent Renaissance-style mansion, it was inhabited by the Duke of Sully, Superintendent of Finances to Henri IV, after the creation of the Place des Vosges. Water, Air, Fire and Earth are represented in the purest ancient tradition, offering us a journey between philosophy, superstitions, sacredness and naturalism.

The Air carries at its feet a chameleon, animal capable of climbing the tops of the tallest trees. Close to the sky, his color changes were unpredictable like the wind, magical like the rainbow. 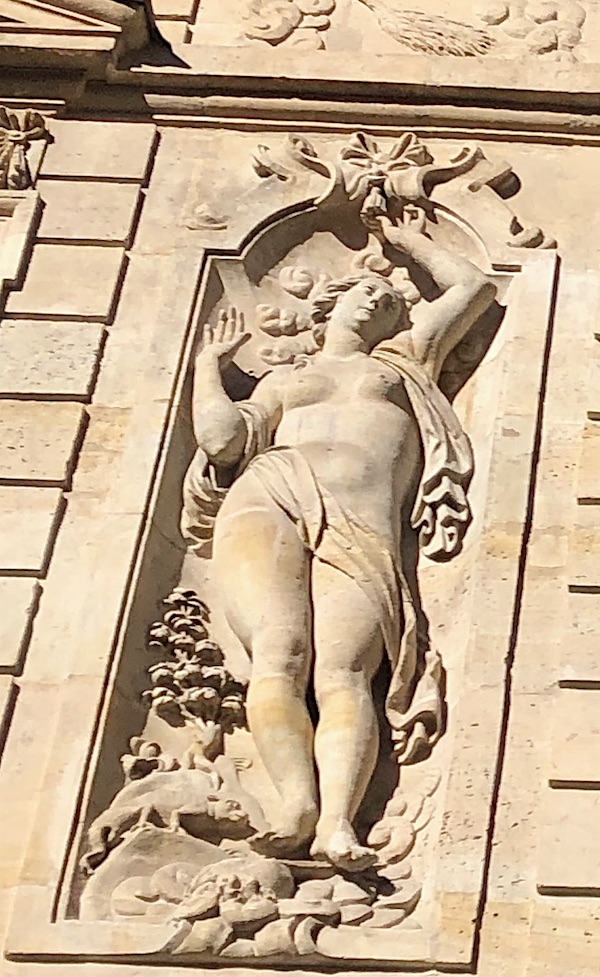 A woman draped in sea waves holds an urn from which Water gushes out, which gives birth to aquatic creatures, here a dolphin. For the first ancient philosophers, water was the primary element of the Universe. 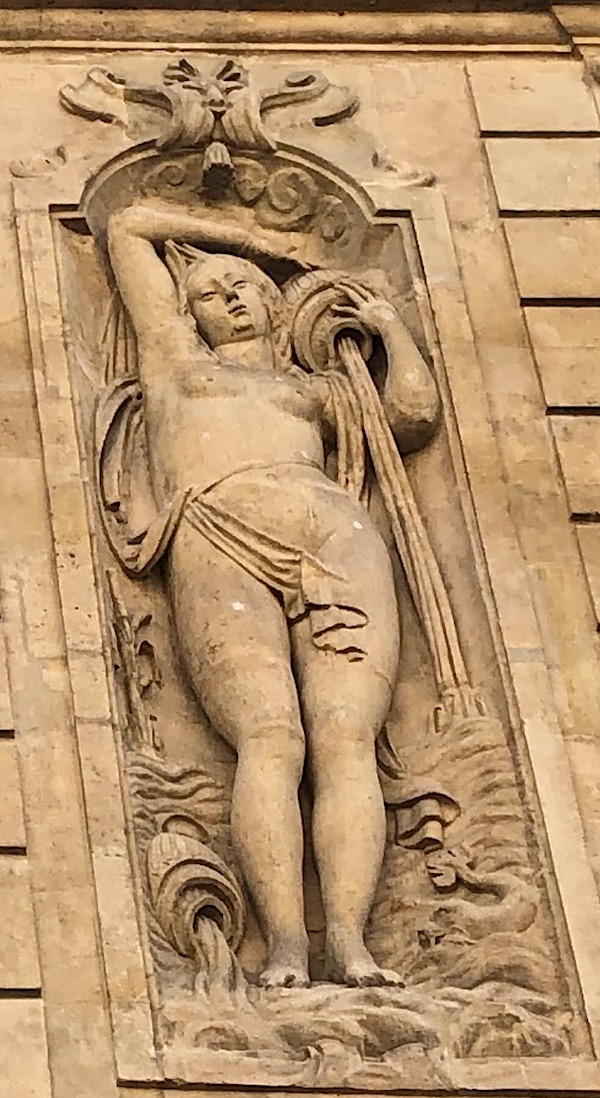 The Fire is crowned with a sun. At its feet is a salamander, a legendary reptile reputed to be generated by fire, often depicted close to the dragon.

The small amphibian hibernates in tree stumps. When these were used for cooking or heating, the salamander sprang up from the fire. Protected by the wet layer of her skin, it did not ignite. The Salamander was the symbol of François 1st. 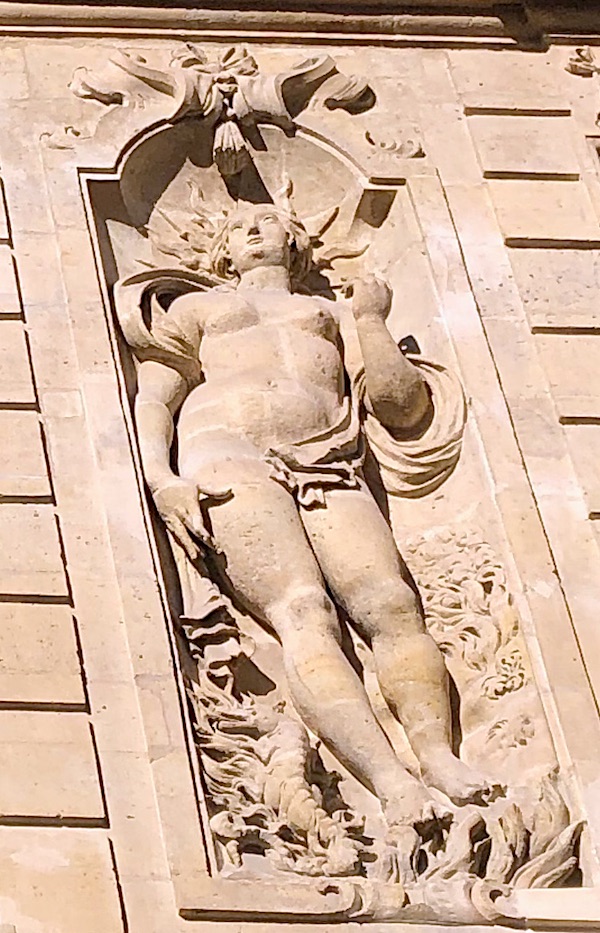 The Earth is accompanied by the Lion, king of terrestrial animals. She wears a cornucopia, an attribute of the divinity of wealth Ploutos, whose parents have united in a freshly plowed field. 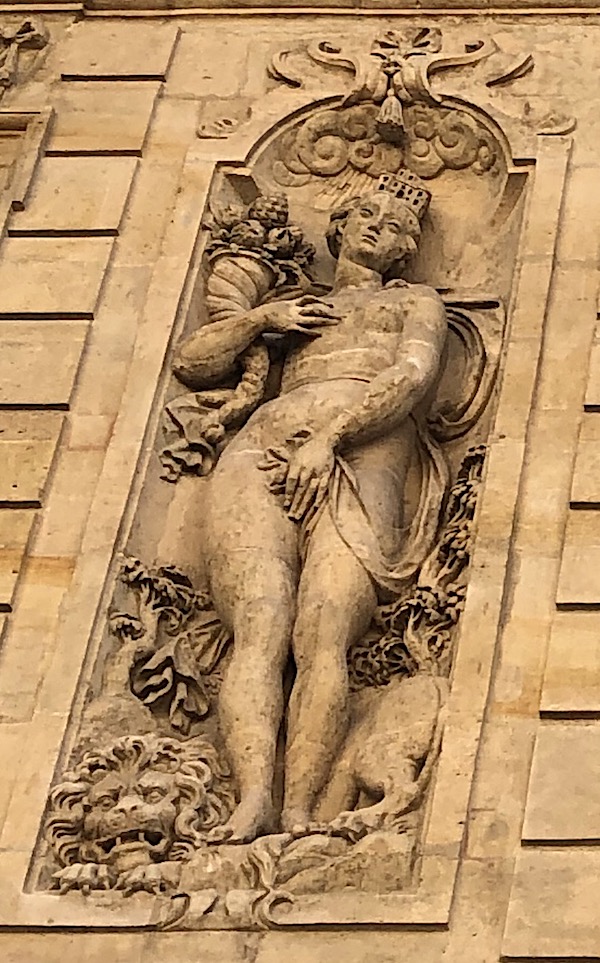 To discover during a walk in the Marais.