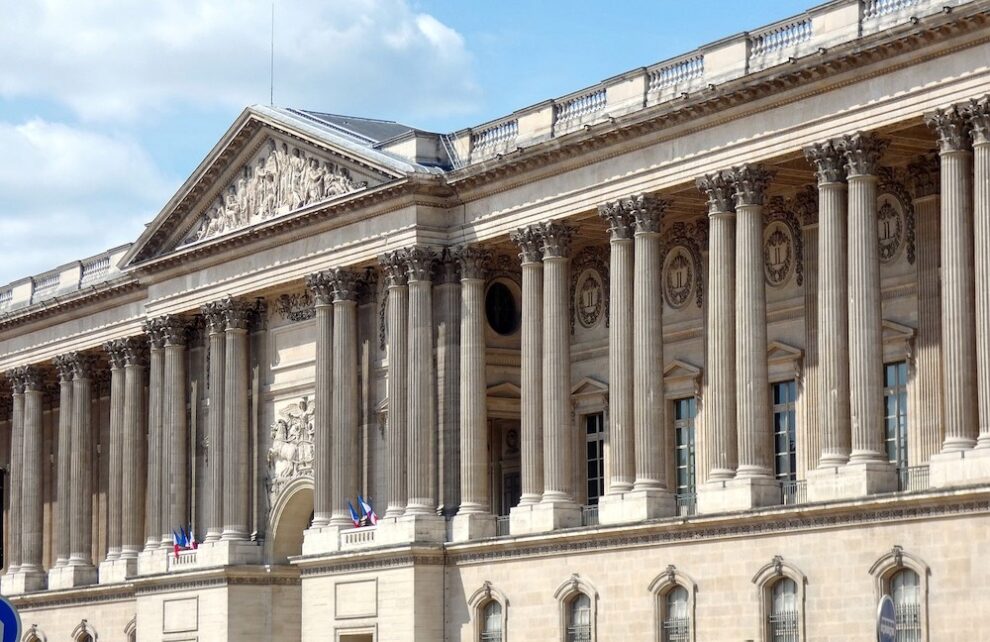 In July 1830, a revolt broke out in Paris. Following royal ordinances, signed on July 25, which censor the press and limit the electorate, the capital rebels, and the revolt turns into a revolution. A popular movement which lasted only three days, and will extend very little outside of Paris, which nevertheless had great national consequences, placing on the throne a monarchy close to the ideals of 1789 while reassuring the recent industrial bourgeoisie. After these “Trois Glorieuses”, Louis-Philippe 1st, cousin of Louis XVI, was named King of the French. This is the final end of absolute monarchy.

The July Revolution of 1830

If it is almost exclusively Parisian, and only extends over three days, this revolution still causes significant losses in the camp of the soldiers as in that of the insurgents. Impossible in front of the pile of bodies to propose individual funerals, especially since the summer is stifling and accelerates putrefaction.

Facing the Louvre, as well as the Champs-de-Mars or the Pont de Grenelle, mass graves were hastily dug during the fighting, lined with a simple cross. In 1833, Louis-Philippe decided to erect a monument in homage to the insurgents who fell during the July Revolution. The mass graves created in the four corners of the capital were reopened in 1840 and the bodies transferred to Place de la Bastille.

Then will appear the story of a singular hero, Médor, to glorify the revolutionary story. Symbol of fidelity, this dog would have remained lying at the place of the common grave where his master had been buried, at the level of the Colonnade of the Louvre. Inconsolable, he would have refused the food that the population brought him, and would have let himself die. To the great sadness of the Parisians, he will never see his master’s body moved to a tomb worthy of his glory: the July Column!

An imagery that will be abundant, and will serve as revolutionary propaganda. 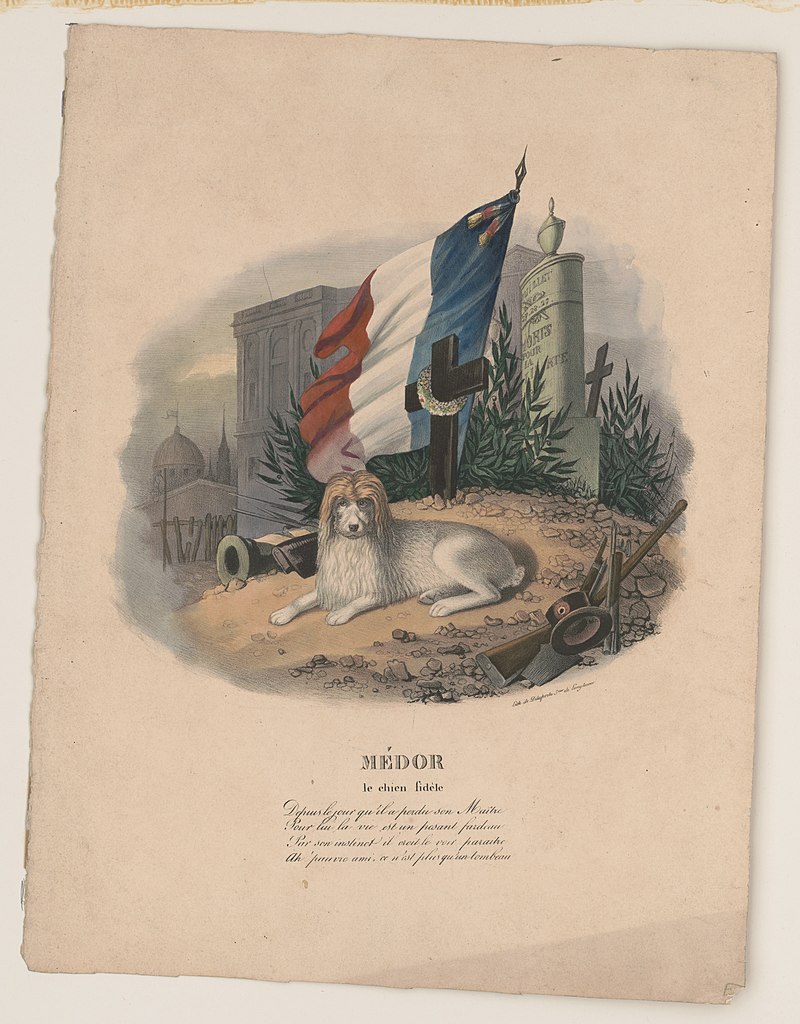 Or how a dog can serve political causes. And give birth to a popular name, given en masse to their dogs by the supporters of the new regime.

How a dog can serve revolutionary causes. And give birth to a popular name.
Continue reading

The place where the first french professional school for women was founded
The first photo of a barricade
Fun facts about the Opera Garnier
The crazy tale of the colonne Vendôme
Last remain of the Bastille
The Picpus cemetery, one of the most secret in Paris