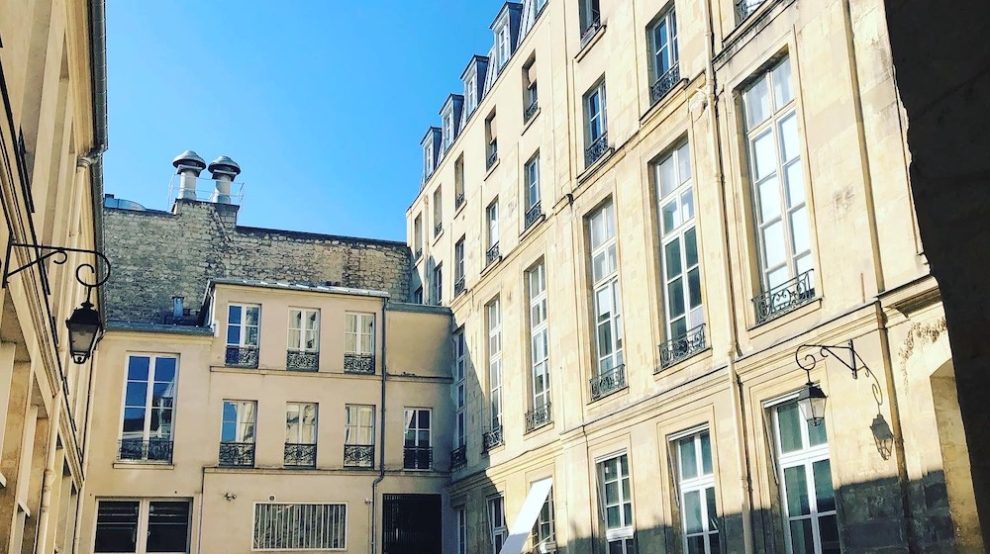 There is no shortage of historic sites in Paris. But some are hidden treasures, which can be discovered at the discretion of commemorative plaques. This is the case of a house located in the Marais, rue de la Perle, where the first vocational school for women was founded in the 19th century. An establishment as forgotten as its creator, Élisa Lemonnier.

Born in the Tarn in 1805, Marie-Juliette-Élisa Grimailh met the philosopher Charles Lemonnier in the salons of her city of Sorèze, whom she married in 1831. Both were Saint-Simonians, according to the Comte de Saint- Simon, whose theories influenced the greatest thinkers of the 19th century. 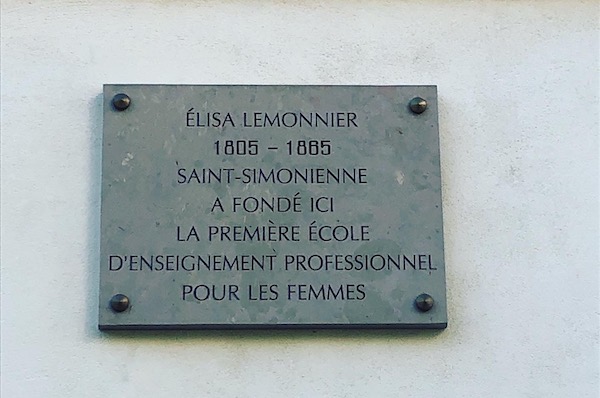 While the industrial revolution transformed society, Saint-Simon called for the foundation of a new social organization, where the means of industry were placed at the service of society, especially the poorest. A theory (summarized here..) which is accompanied by morality, which some have seen as a catechism.

Marked by the destitution of women during the 1848 revolution, Élisa Lemonnier created a place reserved for sewing and embroidery works. She noticed the total absence of education and culture of young girls, and decided to create a place of professional education dedicated to women to enable them to earn a living.

Élisa Lemonnier created the Maternal Protection Society in 1856, which in 1862 became the Society for the Professional Education of Women. A room was rented at number 9, rue de la Perle, in Paris. The first professional school for young girls, combining general culture with artistic and technical practices, opened its doors on October 1, 1862.

Two other schools will follow : rue Volta, and rue Rochechouart. 500 young girls followed the education of the Lemonnier schools, gold medalist at the Universal Exhibition of 1878. The example was followed in France, then abroad in Belgium and Switzerland.

The Duperré School, a higher education school that still trains students today in the creative professions, in fashion and textiles, is the direct descendant of the school created in 1864 by Élisa Lemonnier rue Rochechouart.

A historic place to discover in the Marais.

When the Place de l'Hôtel de Ville was the site of public executions
6 surprising stories about Josephine Baker
The recluses, women of the Middle Ages who decided to live walled up
At the Glory of the Seine: the monumental Art Deco sculpture facing the Pont-Neuf
The sculpture at the origin of the name of the district of La Défense
A short history of the Caryatids, an architectural ornament very present in Paris