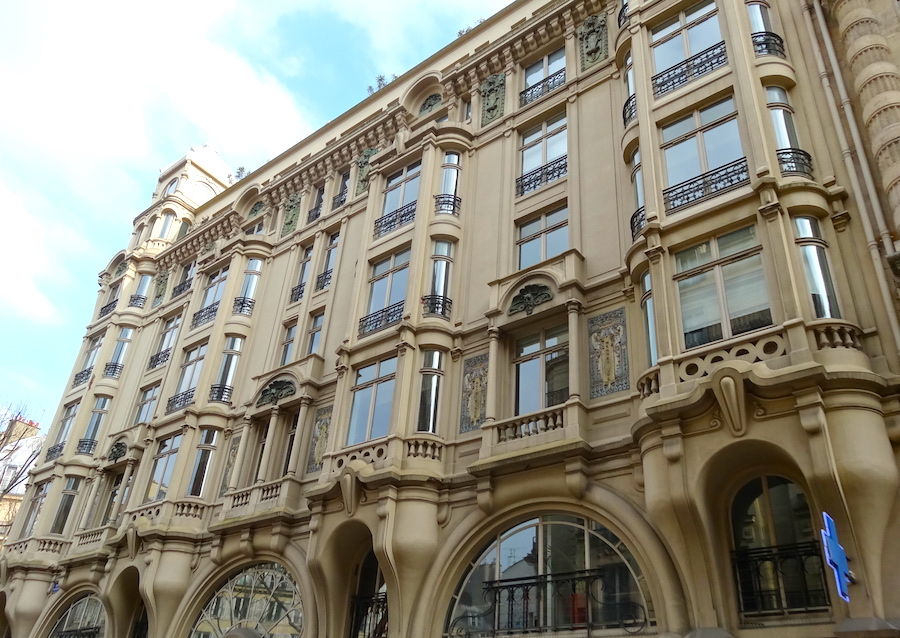 Invented in 1850, a very few buildings made with reinforced concrete will be achieved until 1900.

It is between 1889 and 1892 that a turning point emerged, with a series of technical innovations, including those used for the church Saint-Jean-de-Montmartre (1894). But it is especially the patent filed in 1892 by engineer François Hennebique that will revolutionize the use of this material, and will make him one of the inventors of reinforced concrete construction. His first building, the first made with reinforced concrete in Paris, is still visible at 1, rue Danton, in the 6th arrondissement. 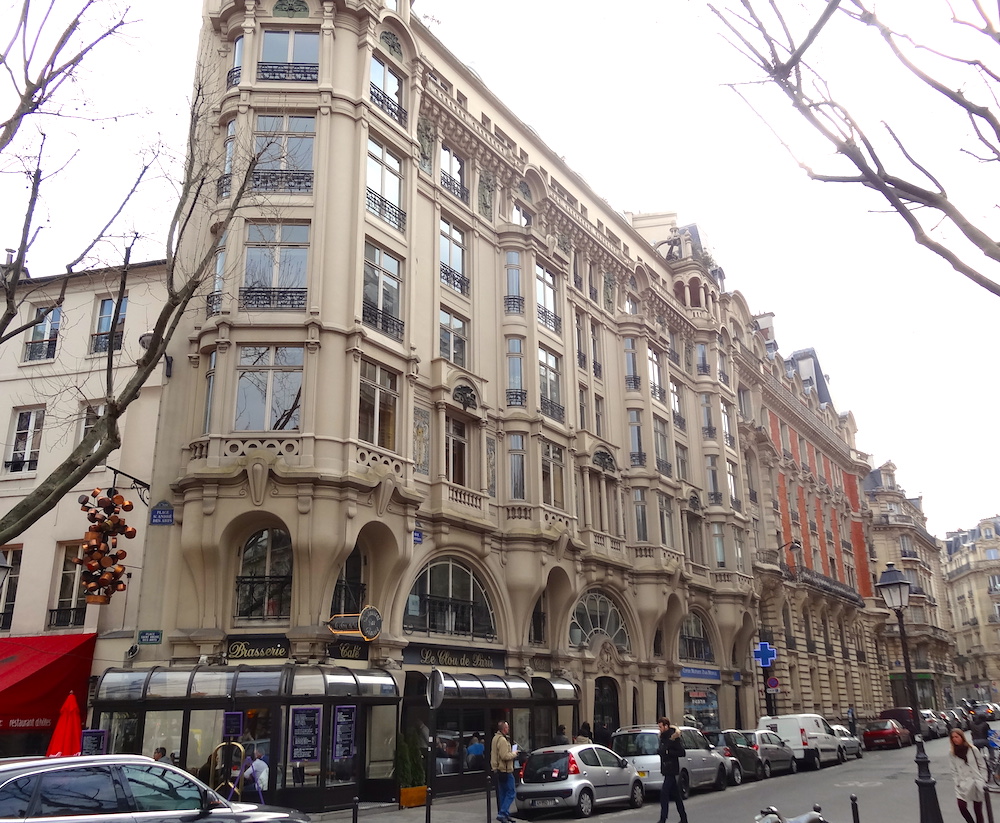 In 1893, François Hennebique build this building made only of reinforced concrete to move his offices. The work will be done by the french architect Édouard Arnaud.

The aim of François Hennebique was to prove that his new process allowed to do everything, and even give the illusion of expensive materials, the concrete could very cheaply replaced. He also reproduced using concrete fashionable sculptures, moldings and corbels, in vogue during the Art Nouveau period, and will ask the famous ceramist Alexandre Bigot to decorate the facade with mosaics. 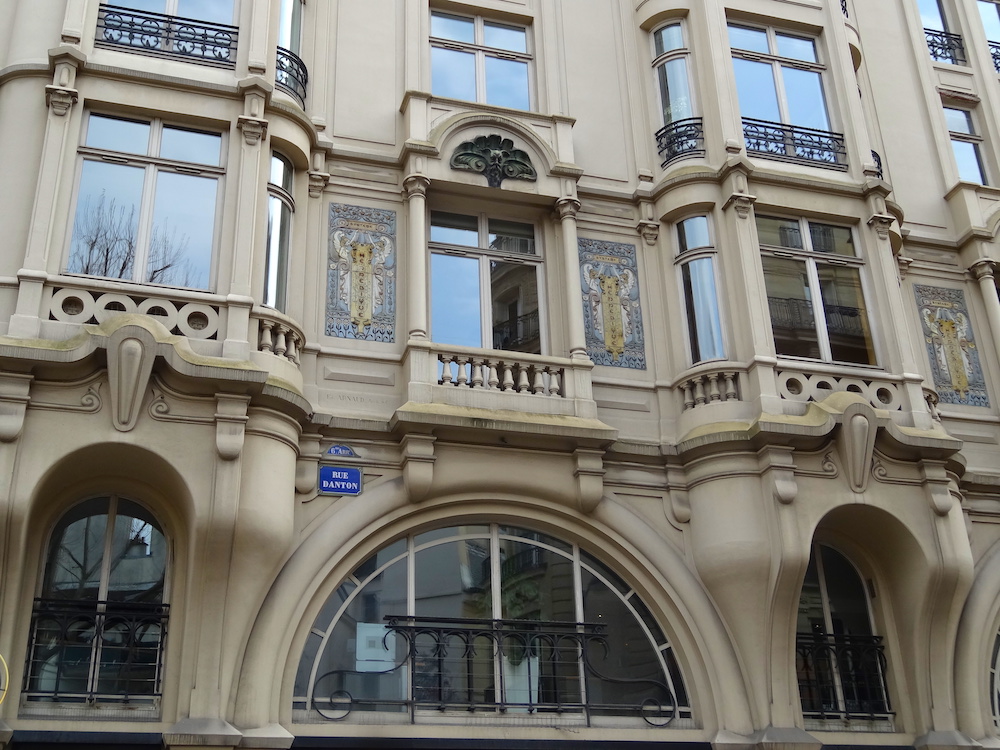 The first four floors were converted into housing, while the last were the office, which employed one hundred engineers.

In 1898, he abandoned his construction company to focus on the exploitation of its patents, which will ensure a monopoly on the reinforced concrete constructions until the 1910s. 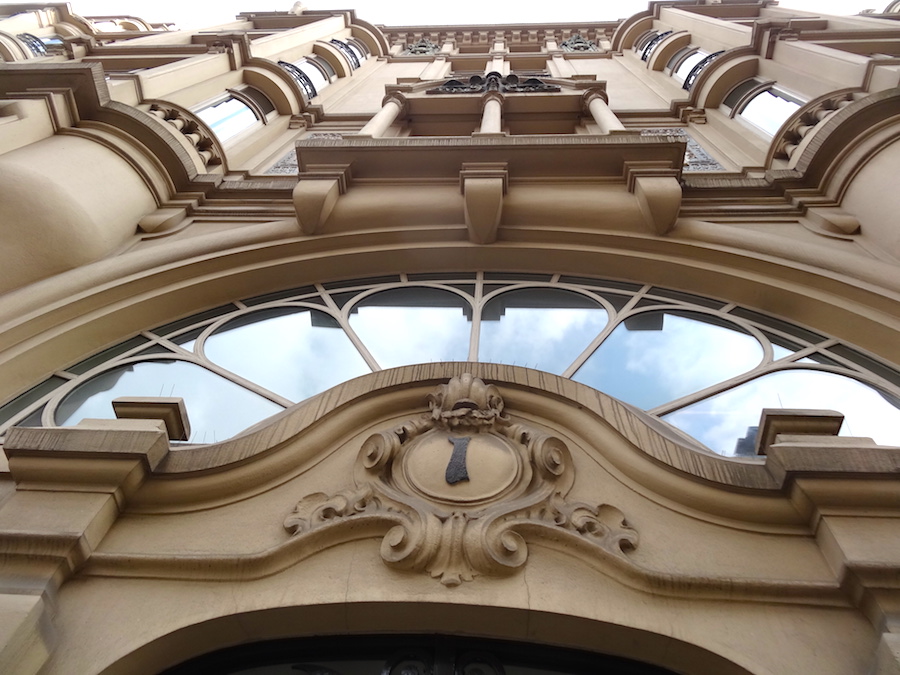