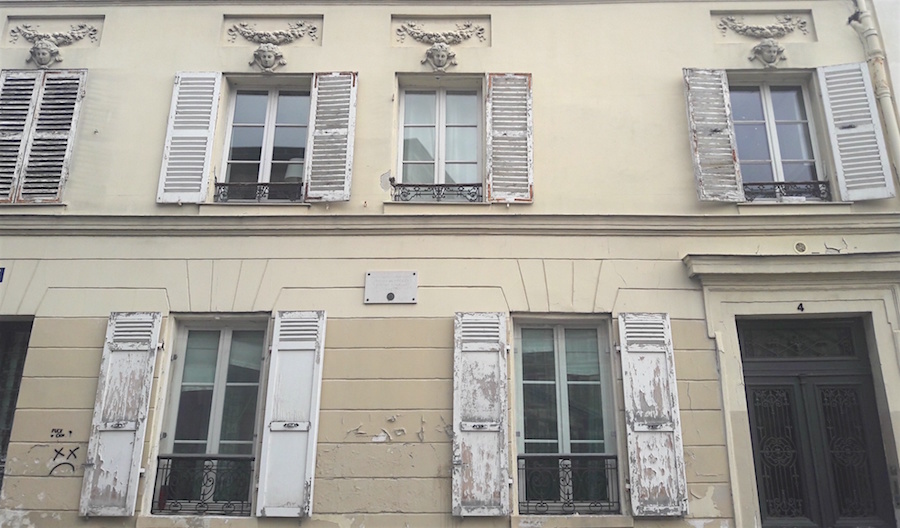 Considered one of the pioneers of French feminism, Olympe de Gouges, long forgotten, has since the late 20th century a renewed interest, partly rediscovered during contemporary issues on gender equality. A woman whose struggles took root in the chaos of the French Revolution, and still resonate today, more than two centuries after its execution. Where so many others have not had the honors of history.

Born in Montauban in 1748, Marie Gouze, married at 17, then widowed and mother of a little boy at 18, decided to settle in Paris. It is there that she calls herself Olympe de Gouges, refusing to bear the name of her late husband. She will also refuse to marry her lover, Jacques Biétrix de Rozières, rich Toulouse owner of a military transport company, with whom she will maintain a relationship until the revolution, and who will support financially. 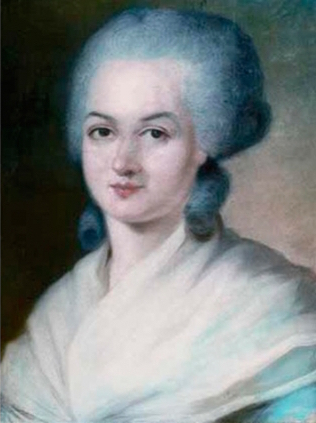 In Paris, his spirit and beauty quickly open the doors of the salons. She leads a mundane life, meets the most influential personalities of the capital, and is passionate about the theater. She decides to try this art, and writes her first works. Very quickly, politics transpires in each of his writings.

In 1785, his play Zamore and Mirza was recorded in the repertoire of the Comédie-Française. Denouncing the slavery and the Black Code in force in the colonies, the actors refuse to play it, and it is suppressed as a result of pressure exerted by the settler merchants. Olympe reviews her copy, and presents a modified work in 1788. But this is not enough for the good morals of the time, who boycott his piece again. At the same time, Olympe de Gouges faces many detractors, who mock this letter woman from the province, and accuse her of plagiarism. She who was one of the first to demand the abolition of slavery will see her ideals of freedom and justice crystallize. The woman of letters is transformed into a politician.

It publishes its first political brochure in 1788: “Letter to the people, or project of a patriotic fund by a citizen”. When the French Revolution breaks out, it multiplies the writings. Theater, essays, political texts, pamphlets, posters posted in the city … She defends as much the equality of the rights as the equality of the sexes. In 1791, she published her Declaration of the Rights of Women and the Citizen “, the first feminist manifesto in history, article 10 of which,” The woman has the right to ascend the scaffold, she must also have the right to “It is at this time that it settles in the village of Auteuil, at 4 rue du Buis, where the greatest intellectuals, scientists, artists and politicians formed the “Auteuil society”, the famous salon of the late 18th century.

His struggles were the reasons for his loss. Convinced by the revolutionary ideals, believing that a gigantic wind of freedom would blow on the country, she did not think that her positions could become dangerous. Even less deadly.

Not content with writing or shouting, she made a name for herself in the acts, first by proposing to the Legislative Assembly to adopt her declaration of the woman, which would be refused. At the trial of Louis XVI, she proposed for the defense of the king, that the only political disagreements should not, in its ideal, lead to the scaffold. Finally, after the arrest of the Girondins, she was very alone, in June 1793, to protest against the dictatorship that was announced.

Fearing for her life, she moved, went to Tours, then returned to Paris, especially to find her son. While the Terror was in full swing, she could not remain idle, and attempted a final political act. In new posters stuck on the walls of the capital, The Three Urns or the Salvation of the homeland by an air traveler, she proposes that the people decide by referendum to choose the government they prefer. The insolence too much, when a new decree, promulgated March 29, 1793, punished by death anyone who was convinced to write or print books calling for the restoration of royalty.

Denounced by her printer, Olympe de Gouges was arrested on the Saint-Michel bridge and imprisoned. On November 2, she was sentenced to death by the Revolutionary Tribunal, and was guillotined the next day. She is the second female personality, after Marie-Antoinette, to know the justice of the revolutionary guillotine.

Through the house where Olympe de Gouges lived from 1791 to 1793, 4, rue du Buis, in the 16th arrondissement, back on the history of a pioneer of feminism.
Continue reading

The crazy tale of the colonne Vendôme
La statue d'Arago... sans statue d'Arago
Scars of Paris Commune
Histoire de sainte Geneviève, patronne de Paris
The Cour du Commerce-Saint-André and the guillotine
The indelible revolutionary message of the Saint-Paul-Saint-Louis Church
The Picpus cemetery, one of the most secret in Paris
8 facts about La Bastille