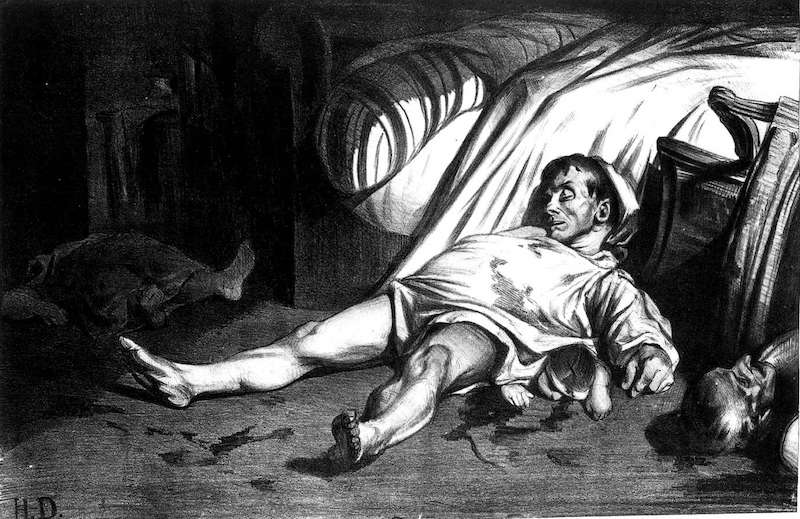 At the corner of Rue Beaubourg and rue Chapon (3rd arrondissement), you can see the registration of an ancient street of Paris: “Transnonain street.” A still visible witness of a bloody episode in the history of France. 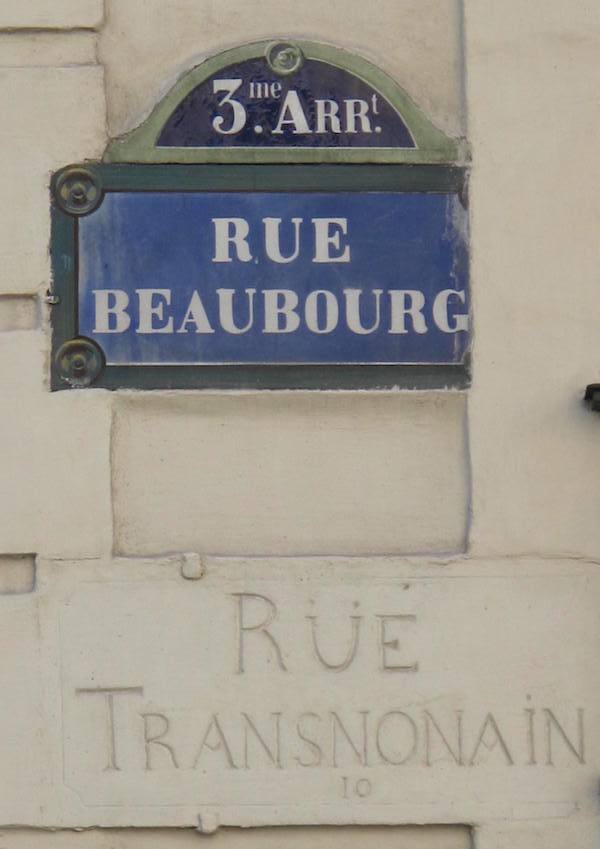 In 1830, Louis-Philippe 1st ascended the throne of France. But his legitimacy as king of French is challenged, and the first years of his reign were marked by many popular movements following measures deemed anti-republican. In February 1834 a law subjecting effect administrative authorization activity of public crier, and in March of the same year, the right of association is limited.

Major French cities, including Lyon and Paris, revolted. April 15, 1834, the Parisian stand barricades in the streets. During the attack of one of the barricades by the army, Transnonain street, an infantry captain was killed by a shot fired from a house.

The next day the soldiers will attack very hard rioters, and will break down the doors of the building at No. 12 Rue Transnonain, supposed to be the one from which the party was shot. All residents of the building, including old men, women and children, were massacred. A bloody event that will remain in history as the “Massacre of Transnonain street”, imaged by the painter and caricaturist Honoré Daumier.

Published a few months after the event, this lithograph is now considered one of the masterpieces of Daumier. At the time, this drawing had such an impact that Louis-Philippe ordered to destroy all copies on the market.

Once crushed riot, new laws in 1835 impose prior censorship in any printed matter, including caricatures…

79, rue Beaubourg. A writing still visible, witness of a bloody episode in the history of France.
Continue reading

Wall of Philippe Auguste, rue des Jardins Saint Paul
The Picpus cemetery, one of the most secret in Paris
These unsung heroes who carry the name of a street in Paris
The secrets of Père-Lachaise Cemetery
The first public showing of movies, 14 boulevard des Capucines
Ancient Statues in royal squares
The "Fake" houses in Paris