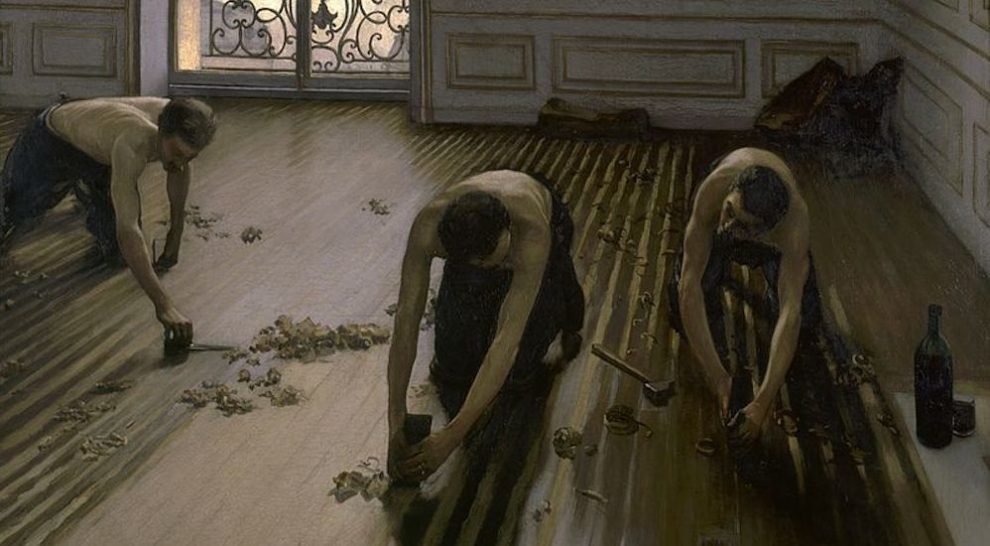 Today (re) known worldwide, the Impressionists were not always unanimous. Their research on light, the themes addressed and the new techniques used were a source of criticism, and the paintings systematically refused at the official Salon, which allowed artists to make themselves known and to receive commissions.

In reaction to his refusals and to the conservative choices of the Academy of Fine Arts, an exhibition was organized on May 15, 1874 on Boulevard des Capucines in the studios of a famous writer and photographer of the time, Nadar. Among the paintings on display was a painting by Monet entitled Impression, soleil levant. It represented a port seen through a morning mist. One reviewer, deeming the title ridiculous, called the entire group “the Impressionists”. The label remained.

Two years later, on April 2, 1876, Paul Durand-Ruel, in search of artistic innovations, organized in his gallery located rue Le Peletier (9th arrondissement) an exhibition devoted to these artists rejected from the Salon. Names like Caillebotte, Sisley, Monet, Renoir, Morisot, Pissarro, Degas, are presented to the public. The exhibition was poorly received by the public, who then called the Durand-Ruel gallery a “house of mental health”.

Here is what the famous – and dreaded – art critic Albert Wolff published in Le Figaro of April 3, 1876:

“The rue Le Peletier is in bad luck. After the fire at the Opera, here is a new disaster that befalls the neighborhood. We have just opened at Durand Ruel an exhibition, said to be painting. inoffensive passer-by, attracted by the flags which decorate the facade, enters, and to his horrified eyes is offered a cruel spectacle. Five or six lunatics including a woman, a group of unfortunate people suffering from the madness of ambition, there are given an appointment to exhibit their work. There are people who giggle at these things. I have a heavy heart.

These so-called artists call themselves the uncompromising, the impressionists: they take canvases, color and brushes, throw in a few tones at random and sign everything. […] Frightful spectacle of the human vanity going astray until insanity. So make Mr. Pissarro understand that the trees are not purple, that the sky is not a fresh butter tone, that in no country do you see the things he paints […] Try to make M. Degas listen to reason; tell him that there are some qualities in art that have a name: design, color, execution. […] Try to explain to Mr. Renoir that the torso of a woman is not a mass of decomposing flesh with purplish green spots which denote the state of complete putrefaction in a corpse ! There is also a woman in the group, as in all the famous bands, moreover; her name is Berthe Morisot and is curious to watch. With her, feminine grace is maintained in the midst of the overflows of a delirious mind. ”

Here are some paintings presented during this exhibition :

Paul Durand-Ruel supported the Impressionists all his life, which led to his being ruined several times. His efforts were rewarded at the age of 89. “Finally the Impressionist masters triumphed as those of 1830 had triumphed. My madness had been wisdom. To think that if I had died at sixty, I would die in debt and insolvent, among unsung treasures … “he said at the end of his life. There are the critics, and the visionaries!

An exhibition organized on April 2, 1876 at the Durand-Ruel gallery, which brought together Caillebotte, Sisley, Monet, Renoir, Degas, and many others.
Continue reading

Unusual tour guide of the Louvre museum
Stories and anecdotes from the Musée d'Orsay
Paris, haven of African-American artists in the 1920s
Most beautiful Paris' paintings
Henri Rivière lithographs, between Impressionism and Japanese art
Walk in the "Nouvelle-Athenes" - 9th district of Paris