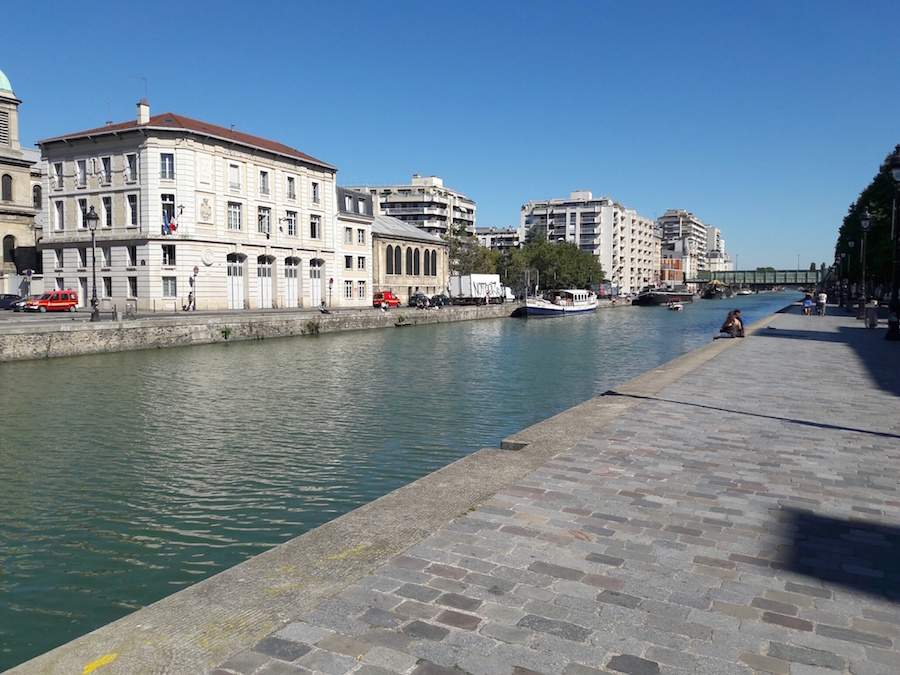 District annexed to Paris in 1860 during the Haussmann works (which gave the city its present aspect) Villette was until the early 19th century a rural and agricultural area.

The construction of the Bassin de la Villette (1808), largest artificial lake in Paris, and the Canal Saint-Martin (1825) considerably changed the landscape of the area. Built to supply the city with drinking water and create a shipping route in addition to the Seine, the Villette knew a massive development.

Throughout this century, especially during the Haussmann works, le Villette welcomed working and immigrant population came to work in the huge gypsum quarries around the Buttes-Chaumont.

Become an important industrial and popular area, the activity of la Villette reached its peak between 1867 and 1967, with the creation of the slaughterhouse of La Villette, a huge cattle market became today the Parc de la Villette .

From Stalingrad to the park, this walking tour offers a route in this area in constant changing for 50 years. A real journey between Paris of yesterday and today …

La Villette walking tour, 19th arrondissement, from Stalingrad to La Villette Park. About 1h30 walking. To do in the daytime.
Continue reading