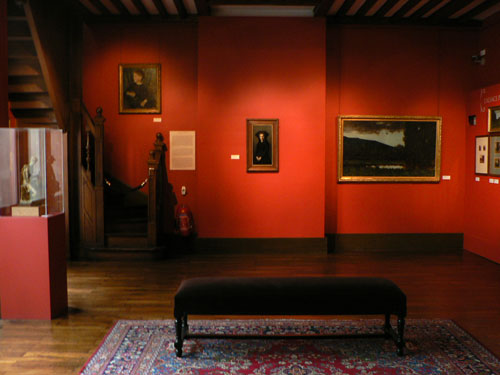 The Jean Jacques Henner Museum (17th arrondissement, nearby Parc Monceau) is entirely devoted to the work of this portraitist and landscape painter of the 19th century. It shows the career of an artist considered as one of the most important of his time and who is today less known to the public. The visit is also an opportunity to discover the former beautiful private mansion of the painter Guillaume Dubufe which now houses the museum (Dudufe made ceiling paintings for the buffet at the Gare de Lyon, for the Sorbonne’s library or for the home of the Comédie Française ). Marie Henner, widow of the artist’s nephew, purchased it in 1921.

Jean Jacques Henner was an Alsatian in love with his native region that he painted through many landscapes. He chose French nationality after Alsace was annexed by Germany in 1871. Through the three floors of the museum, you will discover an artist with unique and characteristics traits, whose the most iconic paintings are the representations of naked and redheads women. Henner also distinguished himself by becoming “official artist”, a career which led him to create some of his finest works as The Truth or naiads (for La Sorbonne).

As for the mansion, it is a rare example of private architecture in Paris under the Third Republic. Pay particular attention to the fireplace made in a “Chinese style” situated on the ground floor or to the room overlooking the moucharabiehs in the 2nd floor. And, in general, you will be surprised by the pleasant atmosphere that reigns in this magnificient mansion. 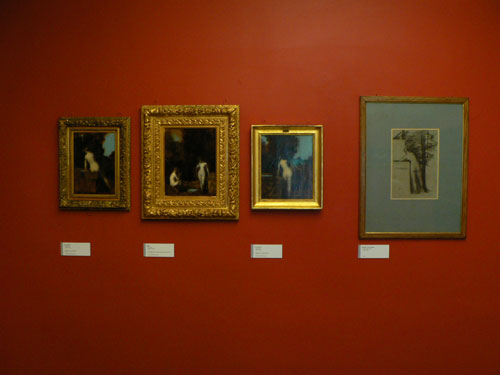 A museum which deserves to be seen

Open every day except on tuesday and public holiday : 10a.m - 6p.m.