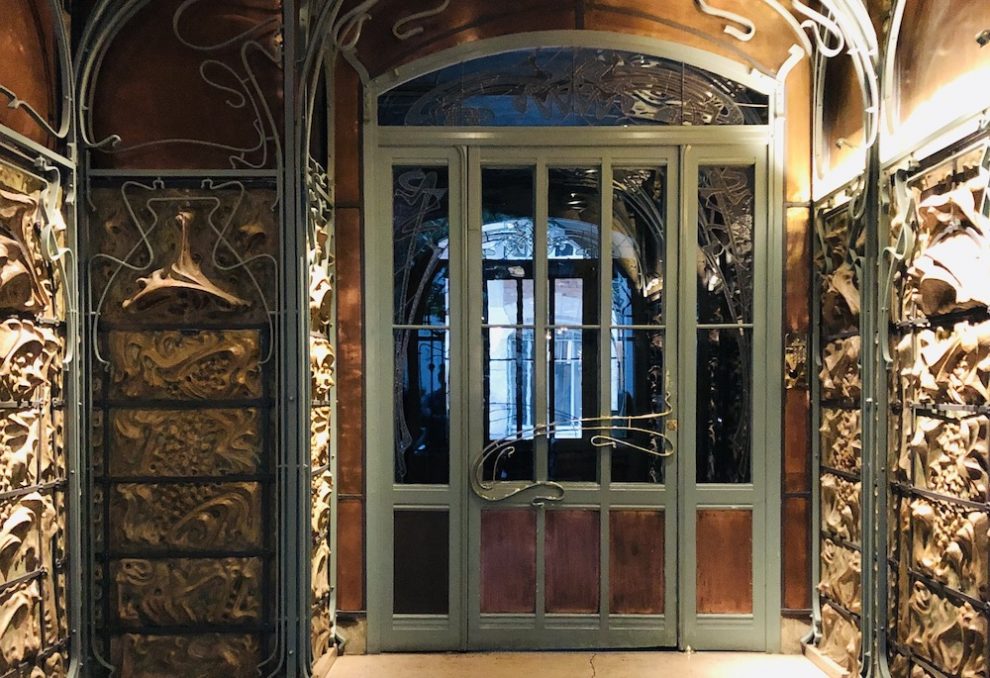 Masterpiece of Art Nouveau by Hector Guimard, the Castel Béranger is the first major architectural achievement of this artistic movement in France. A building which won in 1898 first prize for the most beautiful facade in Paris, launching at the same time the career of the young architect (he was then 31 years old) who was entrusted two years later with the realization of the metro entrances for the Universal Exhibition of 1900.

At the end of a guided tour of Art Nouveau in the 16th arrondissement, I had the chance – and the privilege – to meet a lovely woman in charge of the building’s stewardship, who allowed me to go inside and discover what is invisible from the street. As iconic as it is, this building remains a private property not opened to visitors. Reduced, like any curious person, to see its details from afar and only being able to photograph its sumptuous door each time I pass through it, this time I was able to push it !

Push the door of Castel Béranger

The Castel Béranger is a real estate complex made up of three buildings linked together by a pretty little courtyard, which cannot be seen from the street. An access is also possible from the left of the building, via a small private road. 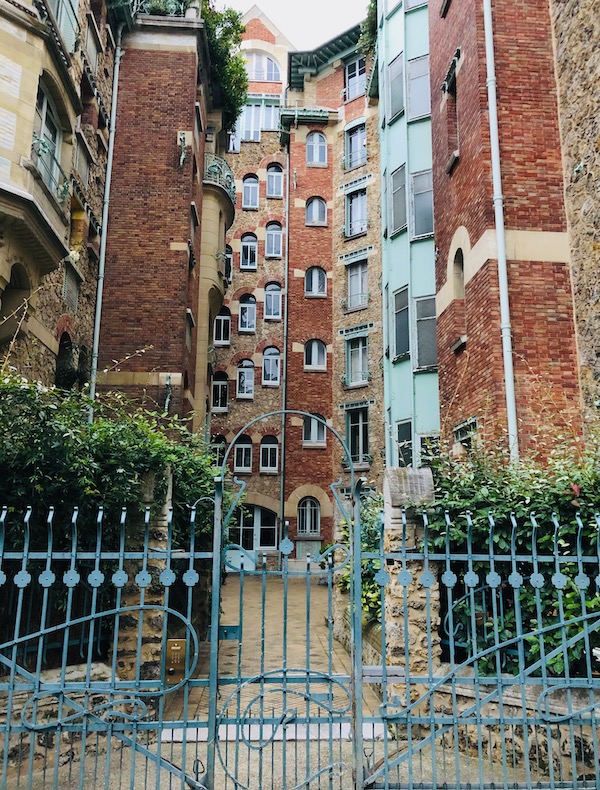 The notion of total art, characteristic of Art Nouveau, continues beyond the main facade visible from the rue la Fontaine. Reaching the inner courtyard, the play of asymmetry and different materials offers – again – new perspectives. Each decorative element, from the flower bed to the small water fountain, is a curves game. A pretty hall, surrounded by bricks and sculpted stone, gives access to the second building. 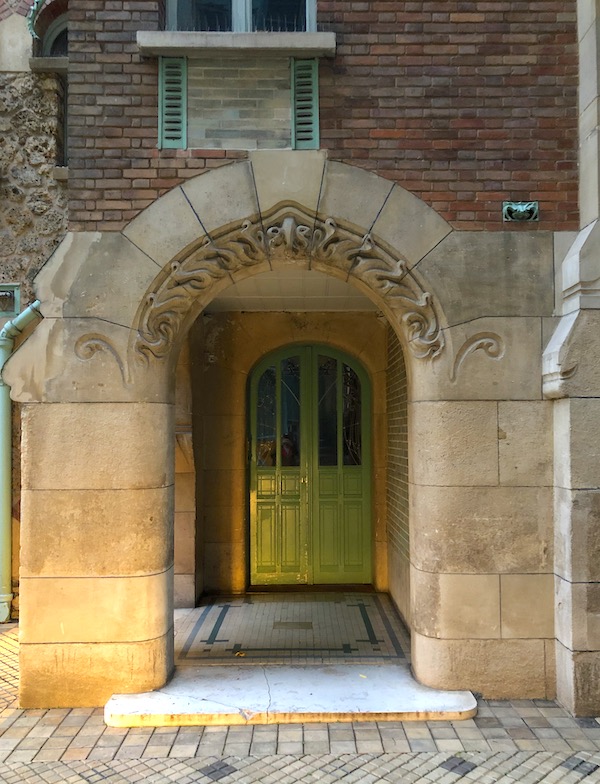 Faithful to its neo-Gothic aspirations of youth drawn from the teachings of Viollet-le-Duc, the interior structure of the building is made visible from the outside, like these windows placed diagonally following the staircase. 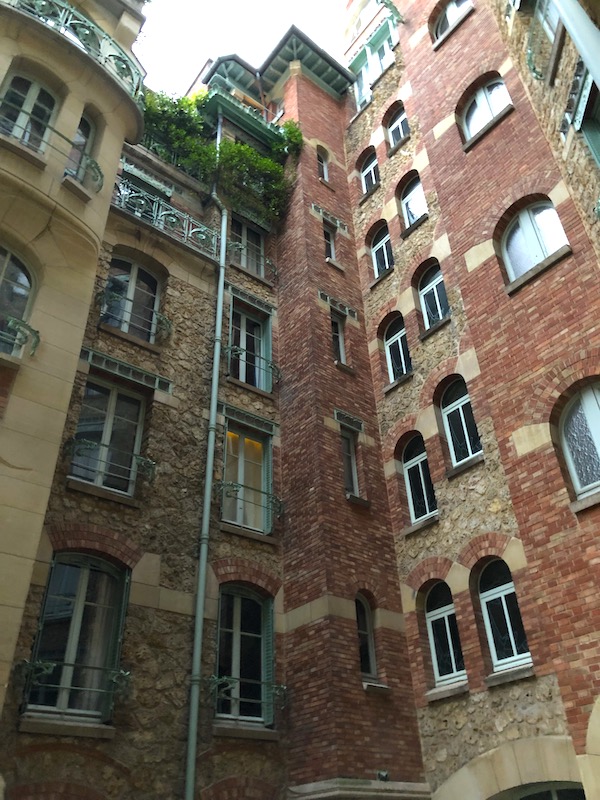 Behind the magnificent main entrance door (rue La Fontaine) and its hall making one think that one enters the Nautilus, so much the maritime and floral themes are present there, the hall of the Castel Béranger mixes enchantment and artistic innovations. Returning from a trip to Brussels where he met Victor Horta, and which deeply moved him, Hector Guimard reviewed his principles and made his art evolve, in particular with the use of the “whiplash” line which would become characteristic of his work, both in architecture and in decoration. Everything has been thought out, drawn, produced by Guimard. Even the handles, molded in his hand! 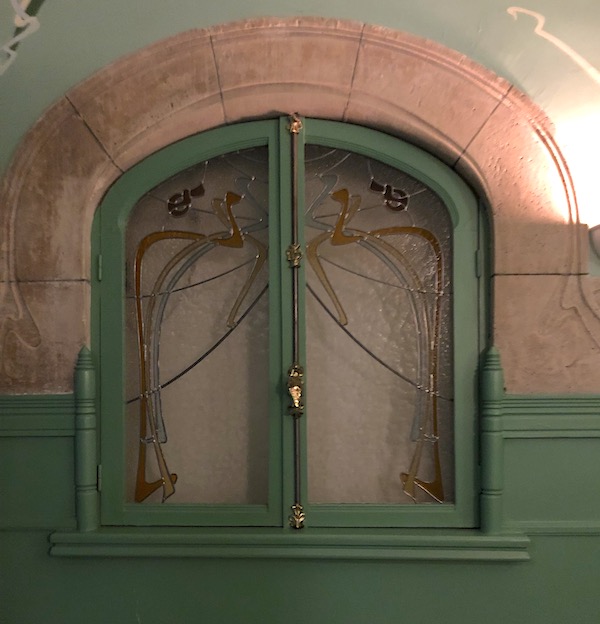 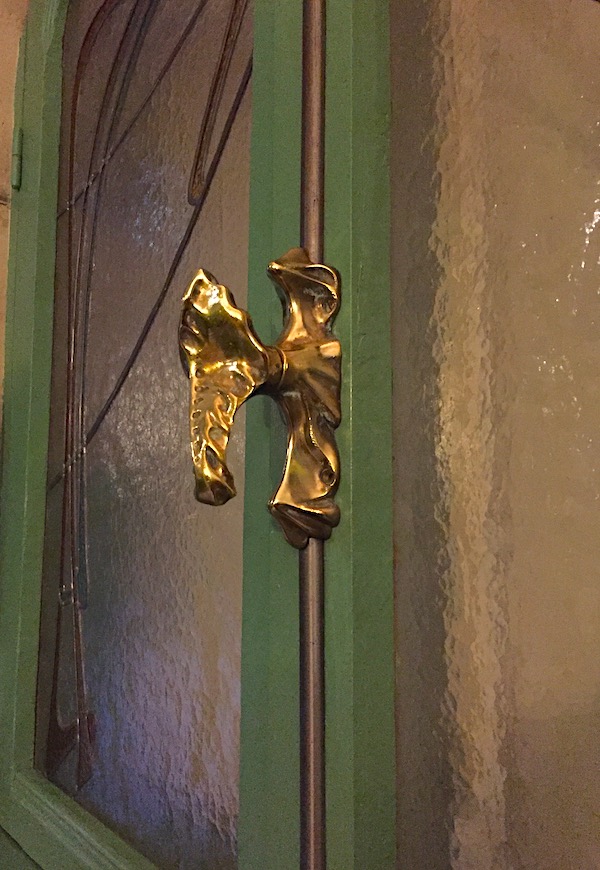 A vestige of a time gone by, symbol of modernity evoking today nostalgia, a telephone booth once allowed tenants of the building to make their calls. To its left, the staircase mixes colors and materials, offering different play of light throughout the day. 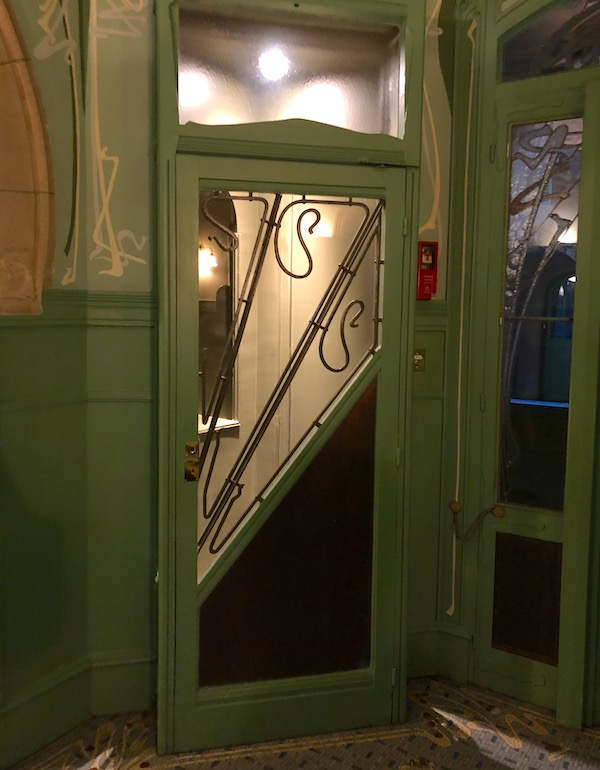 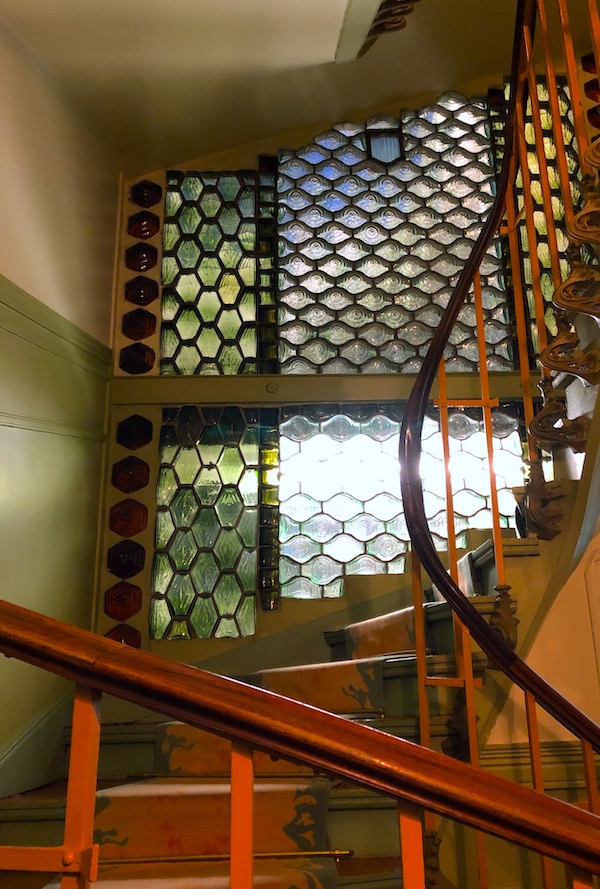 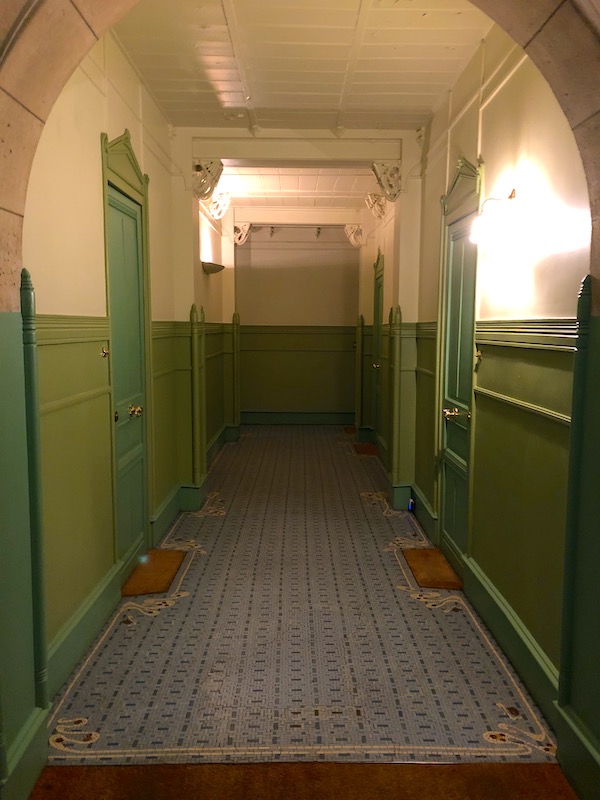 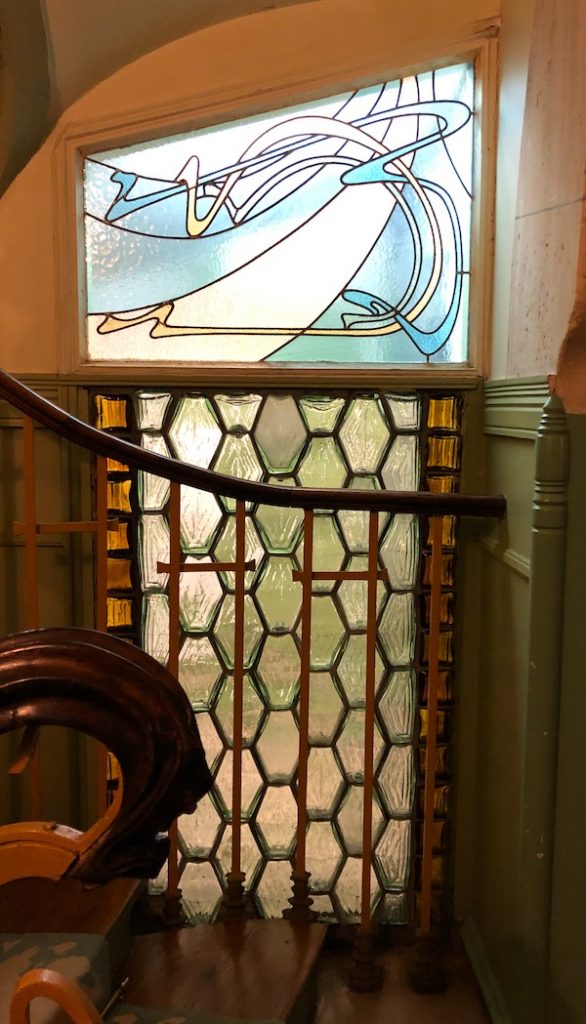 I couldn’t climb the stairs, but Guimard’s magic had done its work. When I left, each floor was built in my imagination, and I could see apartments with curved ceilings, highlighted by wallpapers made of interlacing and arabesques.

I intend to find out one day if this is myth, or reality!

At the Glory of the Seine: the monumental Art Deco sculpture facing the Pont-Neuf
Rue Ballu, one of the prettiest streets in the 9th arrondissement
The other monument of Gustave Eiffel
Henri Rivière lithographs, between Impressionism and Japanese art
Recognize a Haussmann style building
Walk in the 16th arrondissement