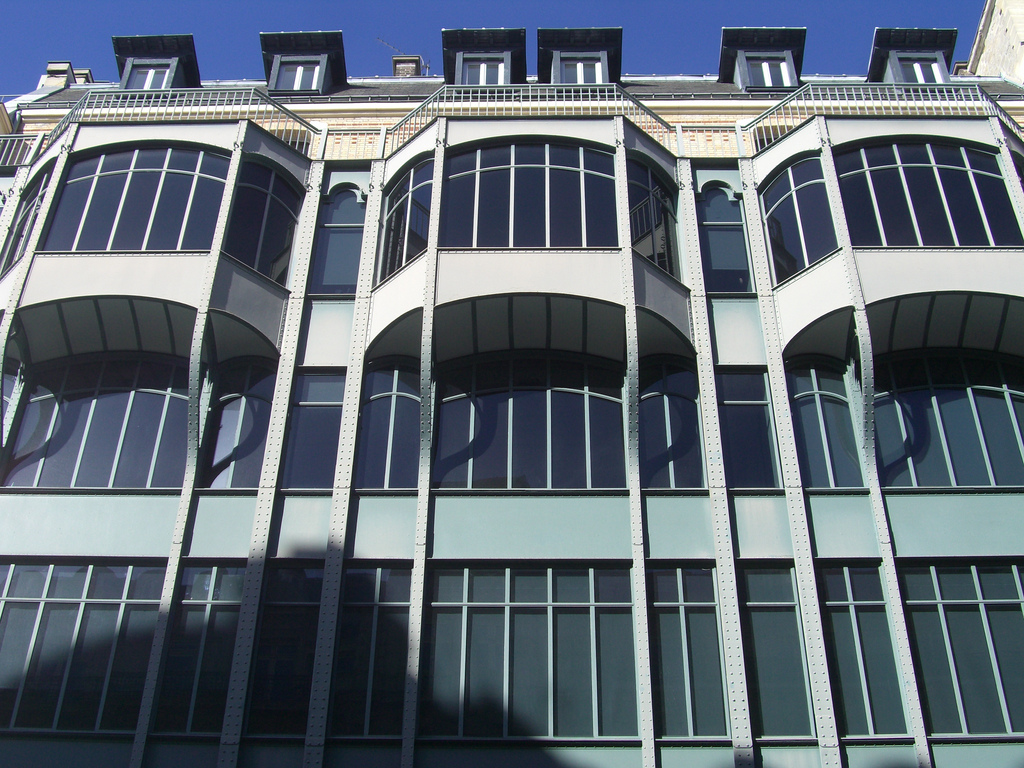 Pierced in 1895, rue Reaumur is the most important symbol of Paris architecture in the early 20th century, bearing the signs of a new urbanism imagined at that time.

This street has been built after several modifications of Parisian buildings specifications, previously governed by the strict Haussmann rules. Whereas the buildings had to respect similar height and facades to form a master plan, new decrees in 1882, 1884 and 1902 permitted a relaxation of those standards.

The inventiveness of architects was then released again, and they will experience rue Reaumur new urban forms  along with the use of new materials (iron and concrete). The City of Paris also created for this street a “facade contest “, competition that will be later extended to the all Paris.

Strolling rue Réaumur from la Bourse to Arts et Métiers is both a discovery of architectural researches in the early 20th century, and a pleasure for the eyes!

Note : Rue Reaumur had above all a commercial purpose . The buildings had to house wholesale and textiles. The architects coped so with two challenges : design a building in which you can both produce and sell, and propose an original architecture unknown until then.