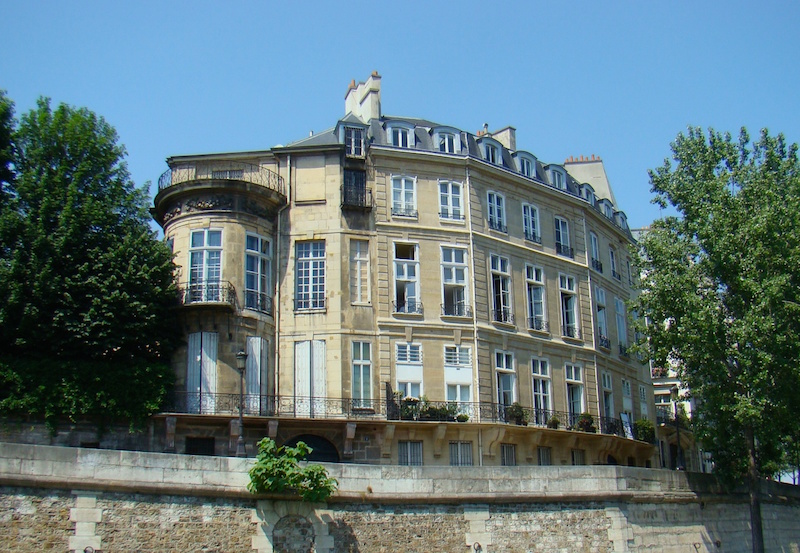 Less touristy and more Bourgeois than the Île de la Cité, the Île Saint-Louis is one of the most pleasant for a stroll in the capital. Remained almost the same for nearly 4 centuries, its architecture and its atmosphere of independent village make the Island an ideal place for a walk in any season.

The Ile Saint-Louis originally included two islands: the island of cows, which was a pasture field, and the island Notre Dame, which was used in the Middle Ages for judicial duels. In the early 17th century, after the creation of the Place de Vosges, it was decided to join the two islands to create a bridge between the right and left banks.

Magistrates, King advisors and financials settled in the island, drawing regular plans and right angles, something rare at that time in Paris. Although few houses have disappeared, the Island has been well preserved from the great Haussmann works, and still provides a pleasant walk along its banks, discovering facades, porches and storefronts that have kept their delightful nature.

Directed by Louis Le Vau – architect of Louis XIV, to whom we owe the Chateau de Vaux-le-Vicomte – Hotel Lambert is one of the finest in Paris. Part of the hotel was sadly ravaged by fire in 2013, making disappeared decorations of the 17th century.

Voltaire lived here in the 18th century, hosted by his mistress the Marquise du Chatelet.

From a sumptuous palace built in the mid-17th century only remains today this pavillon at the corner of the rue Bretonvilliers and rue Saint Louis en l’Ile. 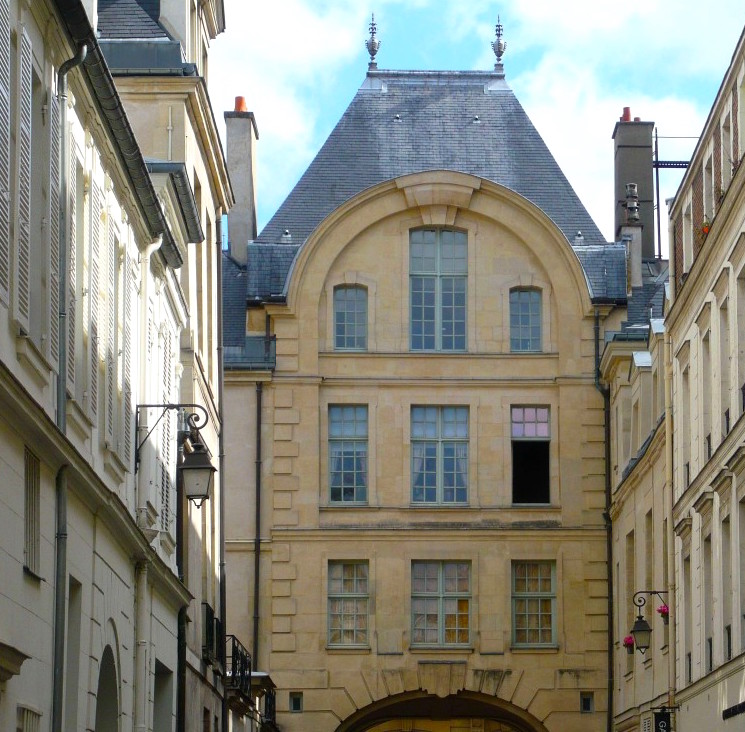 The hotel was destroyed in 1874 during the construction of the Pont de Sully and Boulevard Henri IV.

While the mansions of Paris favored home behind a courtyard, the apartments at Saint-Louis island were directly looking at the outside, especially to enjoy the Seine landscapes. 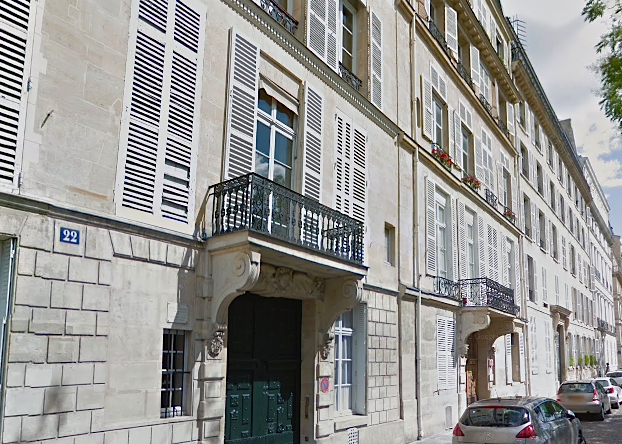 At No. 22 you can see a portal reinforced with studded wood pieces, typical of the 17th century. Charles Baudelaire lived there from March 1842 to June 1843.

Take rue Poulletier. The separation of the two islands followed roughly this street, which takes its name from Lugles Poulletier, one of the partners to whom we owe the creation of the Saint-Louis Island.

Its Baroque style (close to the architecture of the church of Saint-Paul-Saint-Louis), was built by the brother of Louis Le Vau, François le Vau. sacked during the Revolution, most of the ornaments and interior decorations date back to the 19th century. 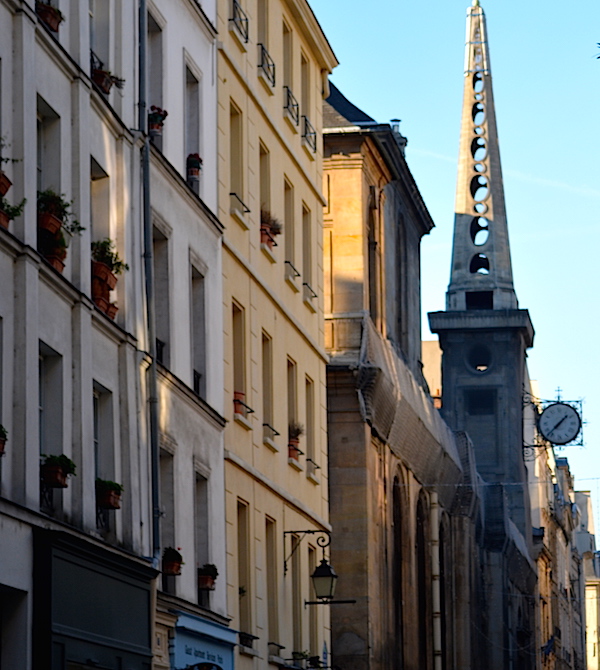 Classical music concerts are given throughout the year in this church.

Typical Hotel of the 17th century, it is known for having hosted from 1845 the meetings of the Hashishins Club, which included Charles Baudelaire and Théophile Gautier. A private club smoking hashish and opium in search of “artificial paradises “. 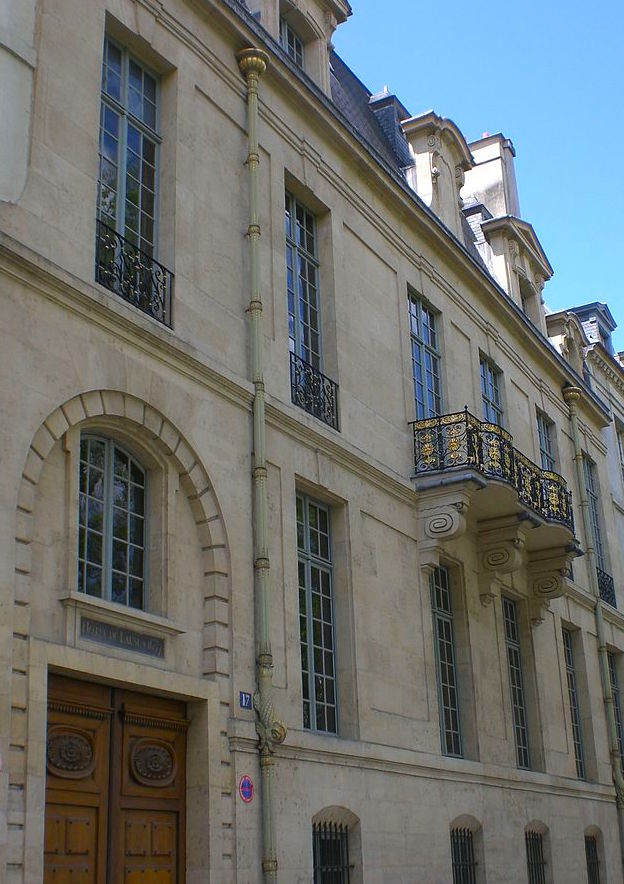 Meetings described by Théophile Gautier as a “” loneliness oasis in the middle of Paris, surrounding by the arms of the river, protecting us against the encroachments of civilization “(La Revue des Deux Mondes, 1846)

Crossing the island from West to East, rue Louis-en-Ile is a nice shopping street, and the most busy of the island.

At No. 31 is the famous Berthillon Glacier, ranked every year as one of the best in Paris.

At No. 51, the Hotel de Chenizot has one of the most beautiful facades of the island, sumptuously decorated around the porch. 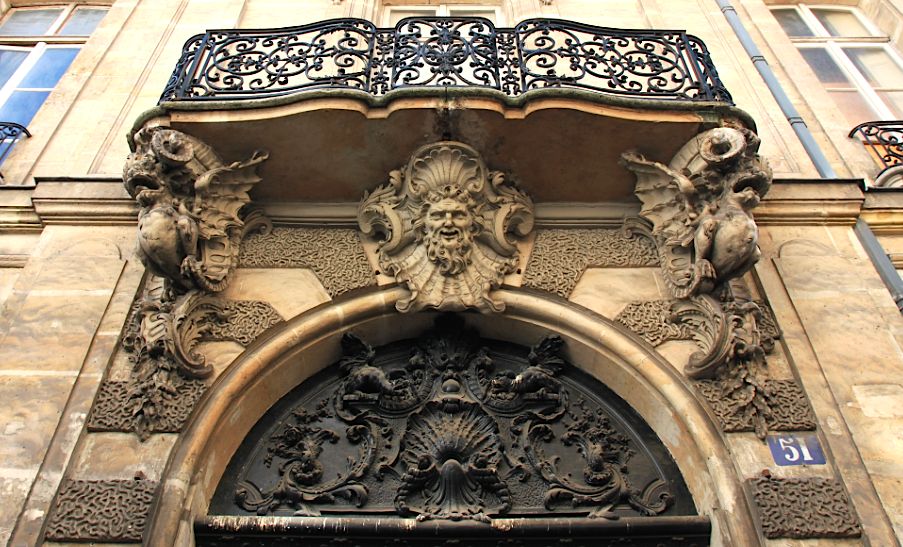 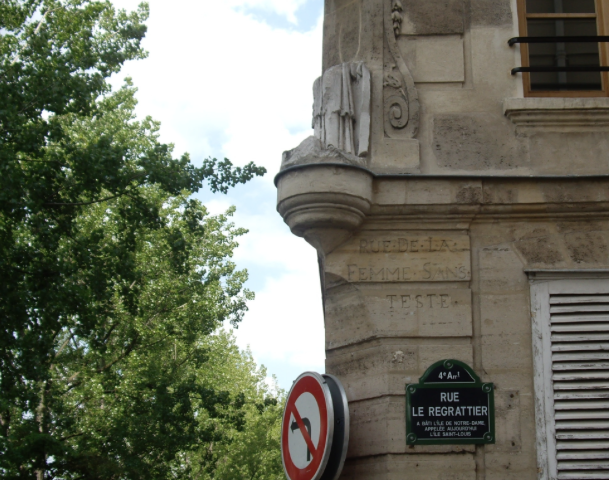 At the corner of Quai Bourbon and rue Regrattier is still engraved the ancient name of the street, “rue de la Femme sans teste” (“Women without Head Street.”) A name that some attribute to the broken statue that sits above the name, in fact representing Saint-Nicolas, broken during the Revolution. Others say the name comes from a shop’s sign of a 17th century representing a headless woman…

About 1 hour. To do by day or by night
Continue reading