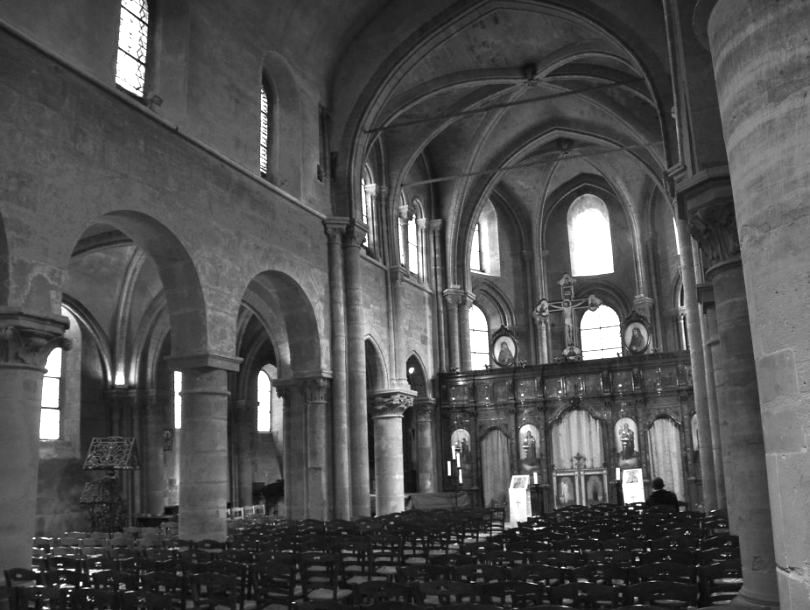 Paris’ churches are uncommon alternative to listen to a classical music concert .  Thanks to their unique sound and equaly spectacular scenery, they offer great moments of music you will not forget .

Throughout the year, the churches organize various concerts, celebrating the greatest composers such as Chopin , Mozart , Vivaldi, Schubert , Liszt…

From unknown but beautiful places as Saint-Julien-le-Pauvre or St. Ephrem churches to the most famous ones as the Sainte-Chapelle, each church has a special atmosphere you must consider before choosing your concert.

Something as as much important as the musicians themselves!

At the heart of Saint- Germain des Pres, this church is one of the oldest in Paris . Architectural marvel of Roman style, some parts of the church you can still see  date back 1000 years ago.

Inside of the former « Palais de la Cité », first residence of the kings of France, la Sainte-Chapelle is one of the most beautiful monuments of Paris . A Gothic pearl built by King St. Louis to house the relics of Christ. Concerts are there an unforgettable experience.

Built in the 18th century, Madeleine is the greatest symbol of neoclassical architecture. Major monument of Haussmann district,  its Greek temple form surrounded by Corinthian columns make it an ideal sanctuary for music, and meditation.

At the heart of Saint -Honoré district, Saint-Roch shape was inspired by Notre Dame de Paris  cathedral. Built in the late 17th century , Saint -Roch houses nowadays many elements recovered from churches destroyed during the revolution. An exceptional cultural heritage .

Located in the Latin Quarter , close to the Sorbonne, the current parish was built in the 18th century over foundations dating back to the 14th . This monument is a Syriac Catholic church , that is to say an Eastern Catholic Church. A concert at St. Ephrem is also an opportunity to discover this unique monument in Paris.

Just like St. Ephrem , the Saint- Julien- le-Pauvre is an original religious building since it is devoted to the Greek melchitec Catholicism worship , Church of Byzantine rite .

You won’t find there organ nor statue in this beautiful little church , one of the oldest in Paris , but a wondeful iconostasis and many icons.

In the chicest part of the Saint -Germain-des-Prés, Saint-Sulpice, one of the largest churches in Paris , organizes many concerts throughout the year.

Built in the 17th century over an old church of the 12th , the interior is one of the most exceptional of Paris , housing a sculpture made by Jean- Baptiste Pigalle and a painting by Eugène Delacroix.

The cloister and church des Billettes , located in the Marais, were originally catholic buildings before being given to the lutheran worship in the 19th century

An architectural wonder as the cloister is the last of Paris dating from the Middle Ages.

The Oratory of the Louvre was built in 1621 and become royal chapel of the Louvre in 1623. Here took place funeral rites of the Cardinal de Richelieu , Louis XIII Queen and Anne of Austria

Napoleon gave in 1811 this church to Protestants.

All the useful informations about classical concert in Paris churches.
Continue reading