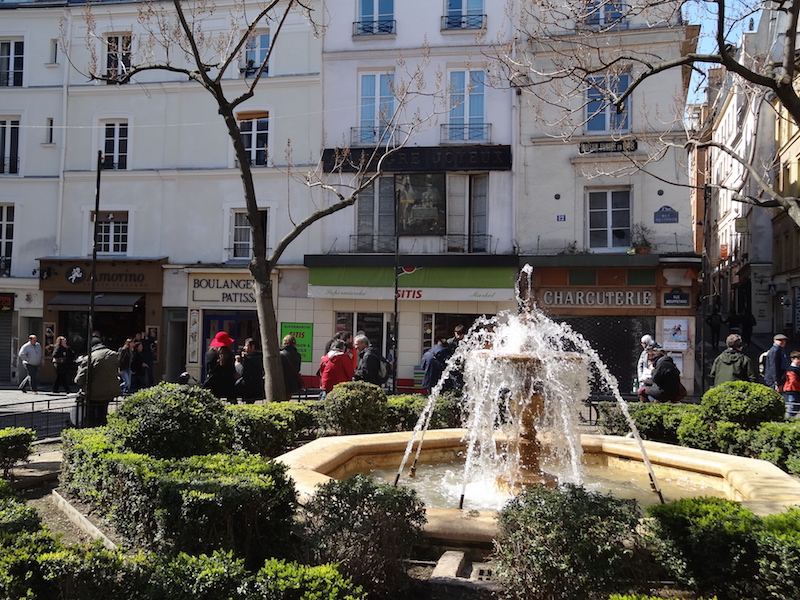 The eastern part of the Latin Quarter, around the rue Mouffetard, is one of the oldest districts in Paris. Occupied from the 1st century by the Romans, intellectual center of Europe at the creation of the University in the 12th century, it is also symbolized by the Sainte-Geneviève Mountain and its history closely linked to that of Paris.

A neighborhood where you can discover some of the most beautiful gardens in the capital, and exceptional monuments such as the Great Mosque of Paris or the Pantheon. 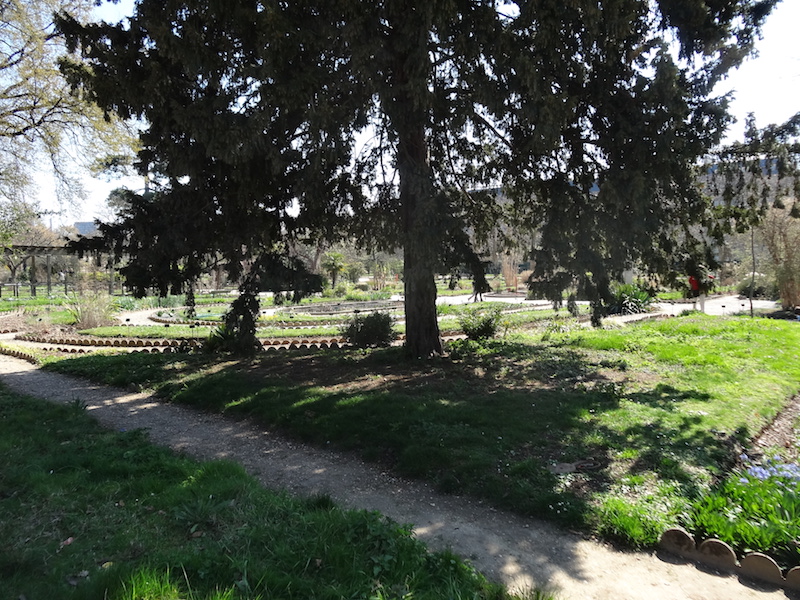 Created in 1626, this garden is since then a scientific and educational place. An extraordinary green space where you can discover for free 400 botanical species,d many museums and a zoo. 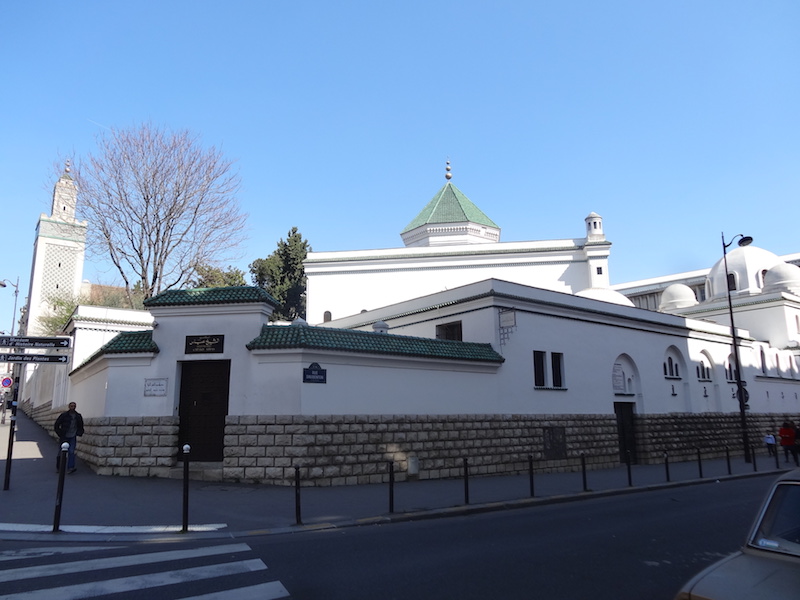 You are in front of the Great Mosque of Paris, the oldest mosque in France, opened in 1926. Inspired by the el-Qaraouiyyîn mosque in Fez, its construction was decided after World War I to honor the 70,000 Muslims dead for France . 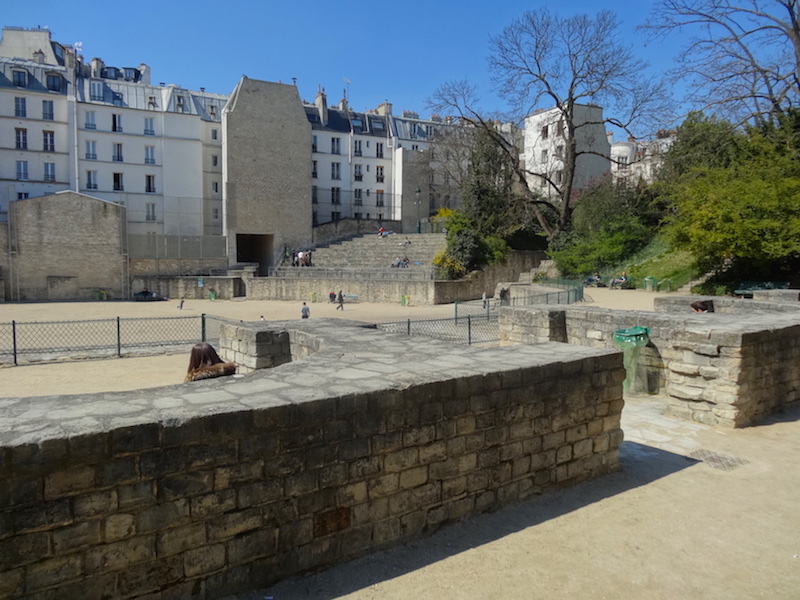 Only remnant of the Gallo-Roman era with the Thermes de Cluny, the Arenes de Lutece have been built in the 1st century. Partially destroyed during the barbarian invasions, rediscovered during Haussmann’s work in 1860, it is today a nice garden, and a sumptuous historical testament. 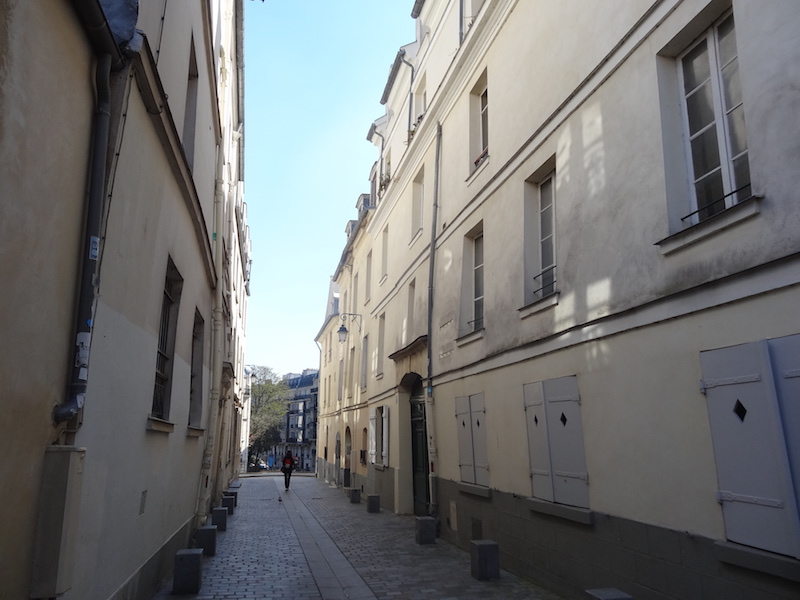 At the end of the street is the pretty Place de la Contrescarpe. You’ll notice above a supermarket a colonial sign dating from the 18th century: “Au Nègre Joyeux” (The Happy Negro). An old sign of a chocolate factory featuring a black servant which is still controversial, but remains one of the last witnesses in Paris of the colonial time.

Walk down the Rue Mouffetard. One of the oldest streets in Paris, became touristy but that  has kept a nice atmosphere, with old signs and beautiful shops.

Down the street you are in front of the Saint-Medard parish. Walk back onto rue Mouffetard, turn left onto rue de l’Arbalète then walk up rue Lhomond until Place du Panthéon.

You are on top of the Montagne Sainte-Geneviève. 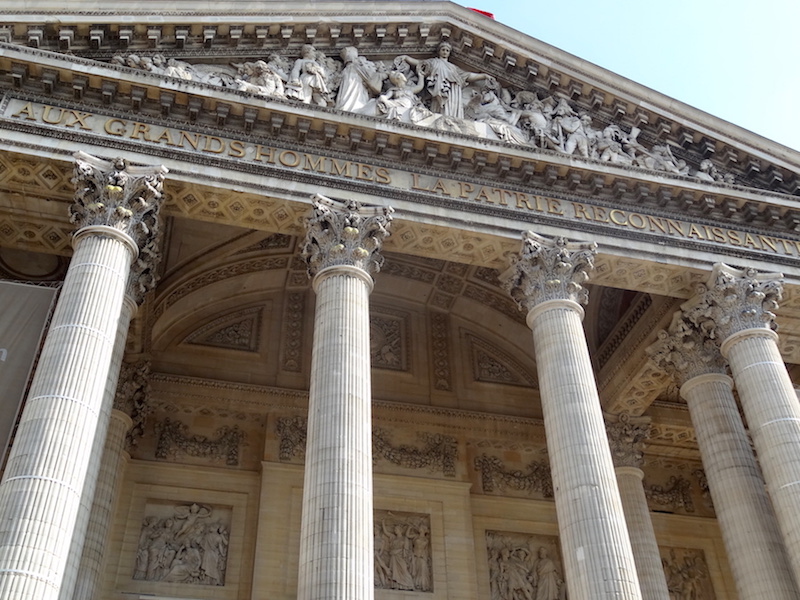 Built on the site of an old church built in the memory of St. Genevieve, Patron Saint of Paris, the Pantheon was commissioned by Louis XV, who mad the resolution to build a church if he cured a long illness. It became a monument dedicated to the great figures in the history of France after the French Revolution, in 1791.

Head to rue Clovis street. At N°12 is an impressive stretch of the Philip Auguste Wall, built around Paris in the 12th century. 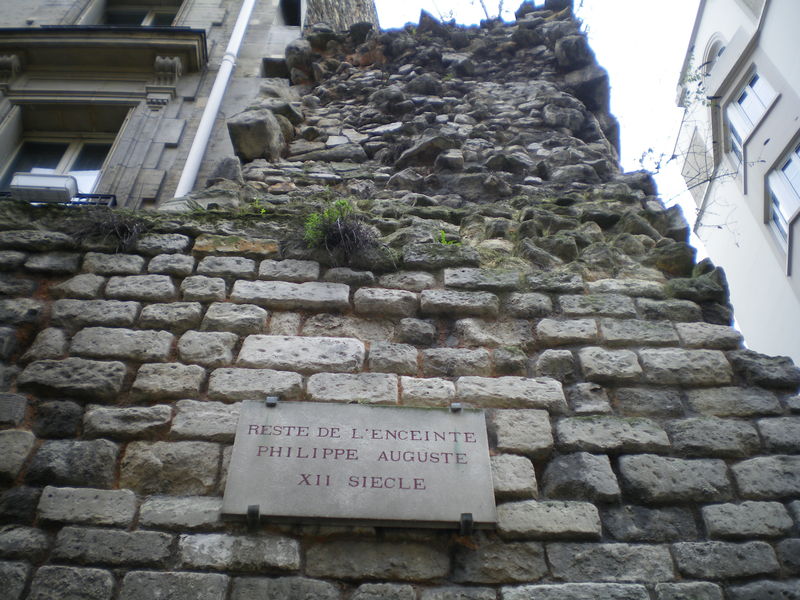 A walk in the eastern part of the Latin Quarter, around the rue Mouffetard. From the Jardin des Plantes to the Pantheon, a nice stroll to discover this historical district.
About 2 hours
To do by day
Continue reading